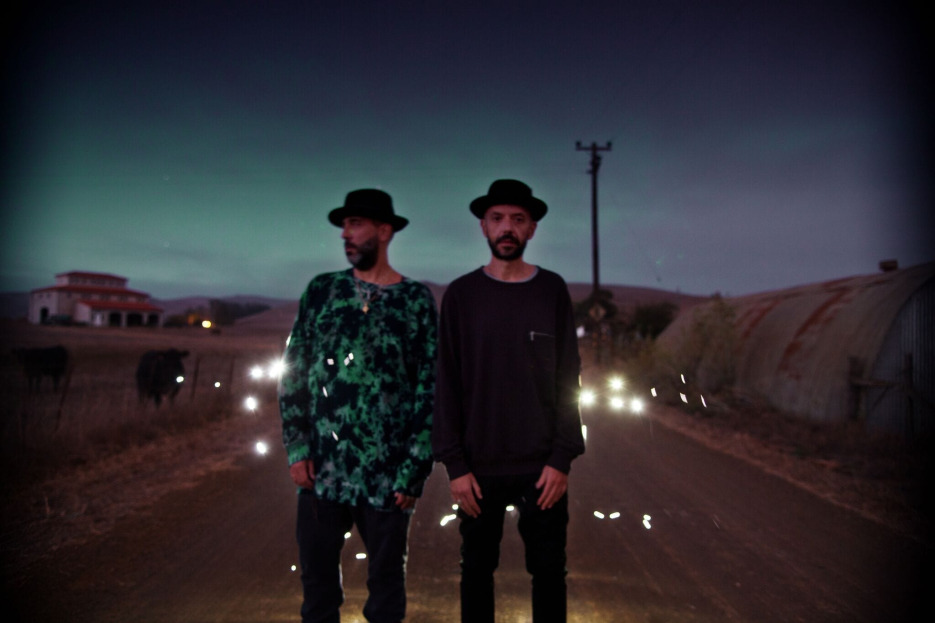 Circoloco at DC10 is rightly revered as an Ibiza institution. It’s also proved a massive stepping stone for a range of artists, from Ricardo Villalobos to Loco Dice to Luciano. One such duo who’ve traversed a similar such path over the years are the Italian pair, System of Survival. Residents of the club for some time, they’ve grown as a pairing in line with the club’s stature, so much so that it’s hard to utter their name without mentioning the famed club and its signature party. Yet as we learned when we sat down with them ahead of another busy season, there’s so much more to these boys than the White Isle. Without further ado, here’s what went down when we put some questions their way recently…

Can you tell us a bit about this release? How did it come to be? What was the motivation to create it?

Hello guys! Well, when you are free to make the music that 100% reflects your style it’s very easy to work and create good music. There isn’t a special motivation, we make music every day and we never go to our studio thinking about: “today we make music for this or that label”. We just do what comes from the heart and go from there.

What made you decide to release the music on Deset?

We’ve known Gaetano, the label owner, for a long time. Last year he was talking about this new project he was thinking about and asked us if we were interested in doing a release.

As mentioned, we don’t particular think of the label we’re releasing on – just if we like the style we go forward, if not, we don’t. For us, it’s always about style and attitude and never hype.

There are two remixes on the EP courtesy of Boo Williams and Ricardo Miranda. How did they end up being the remixers on this release?

Easy, between humans it’s normal, you can just ask. Sometimes you are lucky, sometimes not. We don’t know personally Boo, we’ve only met him few time around. We think that in this case we were lucky when we asked him to remix our track. I (Peter) used to chat with Ricardo about music and stuff. He is one of our favourite artists and we were thinking he was perfect for this release. By the way, both remixes (as I’m sure you know!) are proper bombs.

What do you look for in a good remix?

To have a release with remix or remixes for us it means to have different visions of the same thing. It’s fun, it’s cool and it’s also nice to work and share opinions on the different way to work with colleagues.

You guys have started your own labels in the past. What would you say are some of the biggest difficulties in running a label?

Well, it depends what you’re looking for. In our case, we’re not looking for mainstream or commercial hype, so it’s cool for us to have 3 labels right now: I 71, Fventi and QFace, the last of which is exclusive to Bandcamp.

Of course, it’s hard work. It takes a lot of time to listen demos, plan the releases and talk with mastering studios, graphic designer, promotion, and bla bla bla… But it’s cool, it’s part of our job and we love to go to sleep at night thinking about starting a new day full of work. It’s our baby, you know what we’re saying? So yeah, it’s fantastic!

What are the major differences between releasing your music on your own label versus releasing it on someone else’s label?

To us there is no difference: we make music, music is a form of art. And if you don’t share it, it practically doesn’t exist. Music is the art that connects people (“one nation under a groove”), music has the power to make people happy, music keeps our bodies moving, so long live music!

All looking aside, we’ve released on a lot of different labels and we’ve been lucky because most of the time we’ve released on labels where we respect the attitude and hard work of the owners. But we are satisfied in the same way when we release on one of our labels.

What for you is the sign of a good label then?

As we told you before, we’re looking for the attitude not about the hype. Of course, hype labels helps the artist a lot but believe us we are not like this or looking for this. If we released on big labels (as may happen) it was for pure magic.

You guys have held residencies in Ibiza for a long time. How would you say this has contributed to the quality of your sets?

Of course, Ibiza helps everyone. If you have a chance to live on the island as residents (as in our case) for 15 years, its like you want to be a pilot and you find a girlfriend with a parent who owns an airline!

So, everything is more easy because for five months a year you have the opportunity to stay more close with a lot of colleagues in a place where everyday there are a lot of parties.

What more can we expect from you guys in the year ahead?

Not too much [laughs]. For us what we are doing is enough, we used to take it easy and we also use to not taking everything on.

We are so happy to start a collaboration with the Italian Consul in Barcelona, Gaia Danese, for some important events that will happen between Spain and Italy. We’ve just release an ep on Rawax where we presented our new project: DistortionUnderControl.That one features 4 tracks that feature industrial, techno, electro and dirty deep house.

We will also have a release on our label Qface about this new project. Then an EP on Cadenza, and of course the EP we just mentioned on Deset. We have a lot of music ready in this moment, we just have to decide were we want to release it.

About our show, we just started our Soundscape party in London at Platform recently with the legendary Don Carlos. It was really great and we’re hoping it becomes a monthly party. We are talking with a club in Milan to bring our Soundscape party to there and we’ll also be in Zagreb for the autumn. So… exciting times!

What is some advice you would give to a young DJ/producer who is just starting out?

The important thing is to take it easy at the start, to study, to research, to learn to play some instruments and listen to a lot of music from all genres. Share your music and don’t think of it as a contest.

We are artists, we share, we collaborate, we help each other. Do not trust fake people that promise you big things for nothing, stay focused on your passion and love it. These are nothing new, but to us it’s important you follow these simple rules if you want to become a legend and not only a shooting star.

If you follow your soul and do it right then the success will come. Hopefully one day we’ll be legends ourselves, but in the meantime we’ll continue to work hard. Thanks for having us guys, ciao for now!

System of Survival’s Nu Soul Era (feat. remixes by Ricardo Miranda and Boo Williams) is out soon via the Deset label. Listen/pre-order the release here.