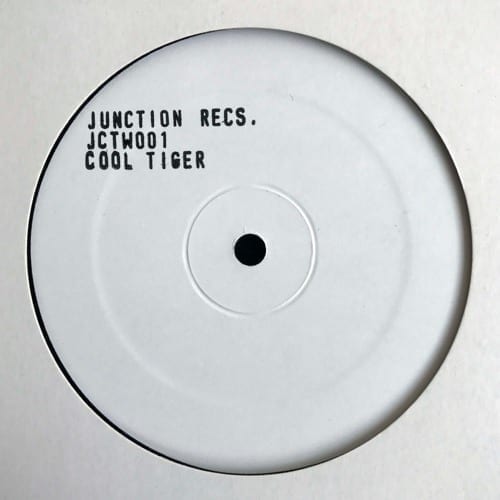 Established in 2016 by French DJ/producer Cool Tiger, Junction Records has really hit its stride of late, with its genre-straddling productions perking the ears of some of the scene’s most renowned tastemakers. Always forward-thinking and unique in their approach, the label’s latest endeavour is a sister label, Junction White. This time about, the imprint’s focus is geared toward more straight-up dancefloor jams, the likes of which Cool Tiger emits here with real aplomb on the label’s inaugural release. Featuring four originals, it’s a release that’s sure to find favour aplenty with discerning tastemakers.

Opening up the release is the sounds of “Ocre Vision”. An unrelenting track of the sort that’s sure to go down a treat with Perc, Ben Klock et al, it’s been tailor-made with peak time floors in mind. Chopped vocals are the root of much of the track’s intensity, and by the time the beats become even more frantic it’s sure to have left the listener in a trance. “Da War” opts for an even deeper and scarier palette, with a series of thunderous kicks elevating the EP to new pastures still.

“Red Blast” sees matters scaled back considerably. Full of clever restraint and imbued with clever keys, it’s definitely a track that will sound best on a large system. The perfect track with which to elevate the night to more sense-heightening planes, it’s a fitting accompaniment to matters elsewhere. Last but by no means least is the B-side’s final offering, “Open Minded”. Again, the producer opts for a booming soundscape, this time via a track that only sporadically stops to draw breath. All thing considered, Cool Tiger’s latest is a triumph for both label and artist and marks an auspicious start to life for the label especially.