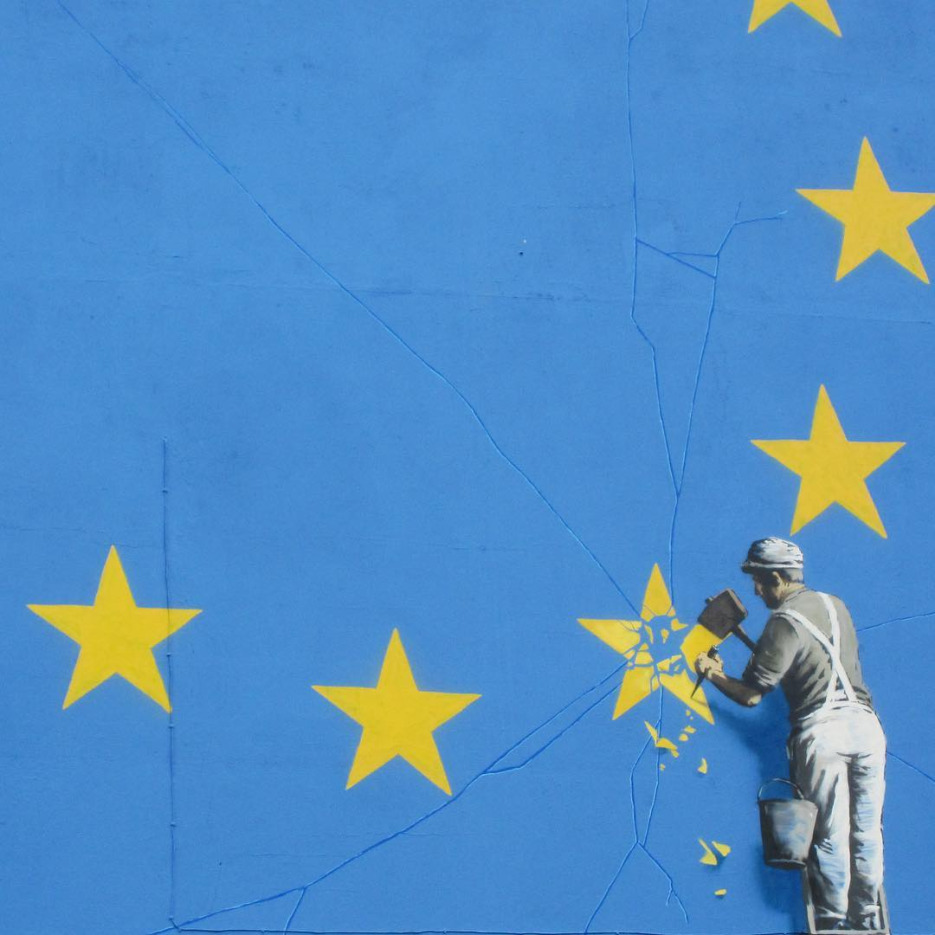 Another star comes down

The new mural of Banksy is depicting a man chipping away one star from the EU flag. Evidently the painting is in England and is talking about Brexit.

Have you seen Banksy’s movies?

If you want to know Banksy better or even live in one of his artworks, now you got the chance to book a room at Walled off Hotel, in Bethlehem, Palestine. The hotel with the worst view you can get, by looking at the Separation Wall also known as The Walls of Shame.

Banksy Street Art Wall removed from the streets in Detroit and moved into a gallery (2010)
Banksy filmed live by The Sunday Times in “the world’s first street-art disaster movie” (2010)
Banksy versus Bristol Museum (2009)
Banksy: An Artist Unmasked (2008)