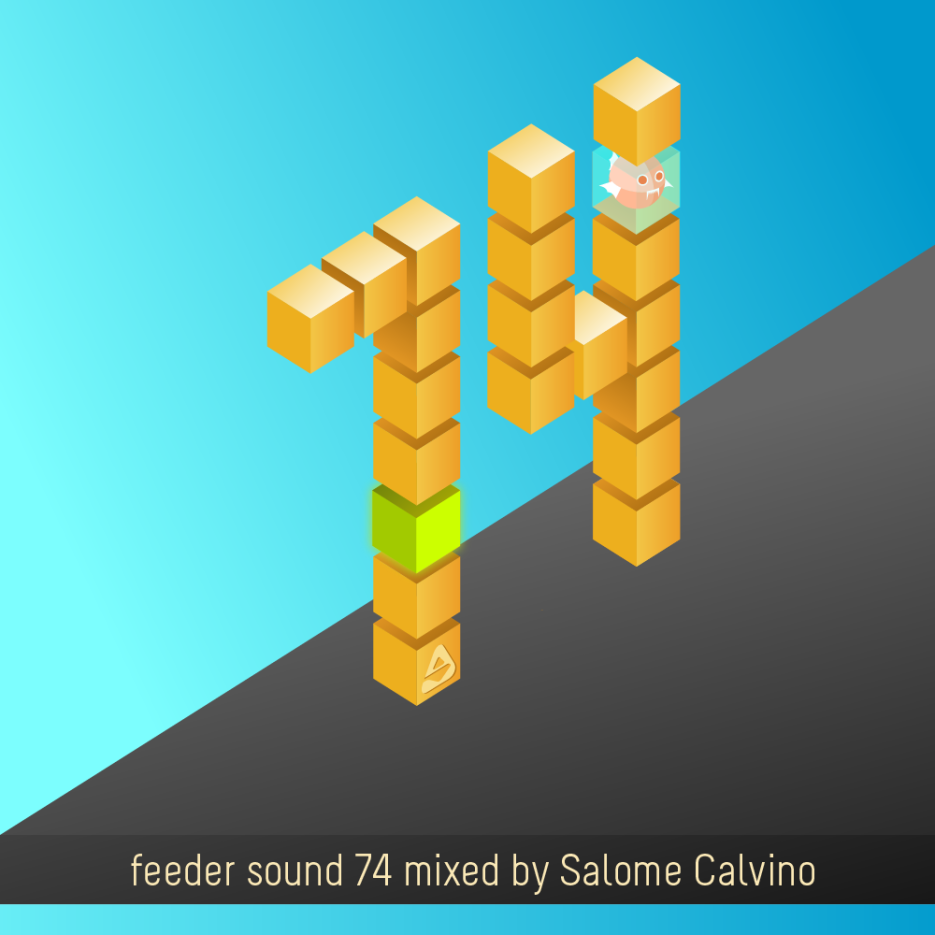 Cloudy Friday afternoons make a perfect setting for minimal-techno listening, just the thing to get you warmed up for the parties in the weekend. So our feeder sound journey continues and this week we meet with Salome Calvino, a young French DJ currently settled in London. Salome‘s mother is a jazz singer and her father is a composer in the French underground hip-hop scene so there was no doubt that this musical fever would catch up with her. 11 years of Salome‘s life were dedicated to ballet, as a result she’s got lot of classical music influences and she developed a discipline and a musical ear pivotal to her career as a DJ.

”You can say that I usually do my podcast in two parts: I usually take a full day to search for tracks. And always put 2 or 3 tracks from little producers that I like, recently discovered or friends.”

She started mixing back in 2012 and after many trips and parties in places like New York, Paris, London, Ibiza, Munich, she fell in love with the Romanian sound. She has played for Bucuresti Underground at Eden Club in Bucharest and, more recently, for Bipolar at Control and at Villa Takeovers and Underground Romanian Sound parties. She is even considering moving here.

I love to come here. Maybe I’m gonna move in September or October but I’m not sure. It will be Bucharest or Berlin, but to be honest, I prefer Bucharest.

She hasn’t released any tracks yet because she has been working hard to get to know her software and she wants to mix down the sounds herself. She wanted to be truly ready for her first release, which will be quite minimal and for which she will take inspiration from everywhere. And if this mix is anything to go by, we look forward for the first Salome Calvino release. As she combines digital and vinyl, the mix certainly has a romanian techno vibe to it, but there’s more groove, more of a dancefloor feeling to it. Vocals, kicks, drums and basslines all blend perfectly to make your feet start moving before you realised what happened.