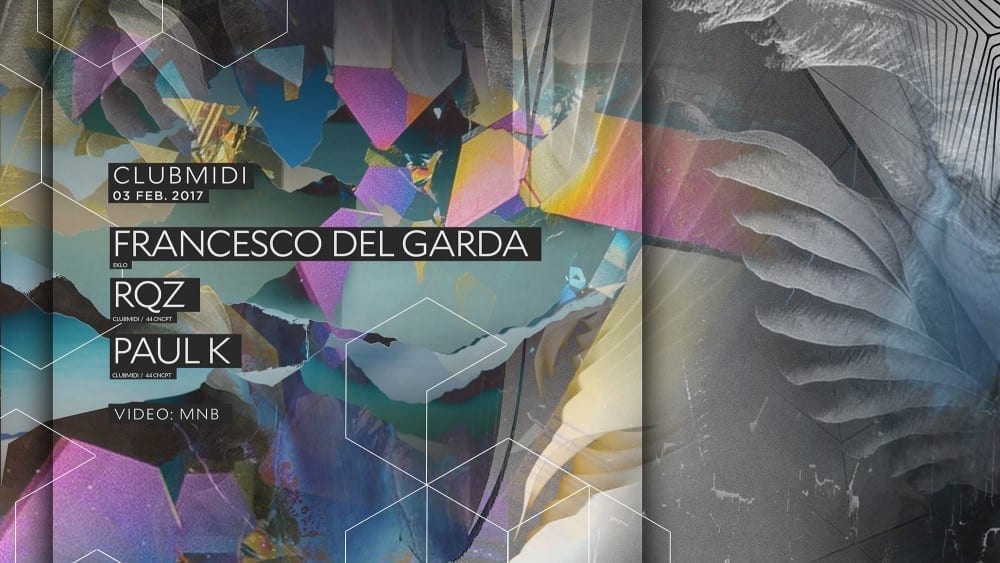 Francesco Del Garda is one of the happiest-looking DJs you’re ever likely to see. Grinning while moving from turntable to mixer to record bag, it usually looks like he’s having as much as anyone in the crowd. Beneath Del Garda’s cheery demeanour, though, is a highly skilled selector with an impressive record collection. He’s been honing his technique since the ’90s, developing an on-point style that allows him to smoothly blend UK garage, ’90s house, oddball techno and electro.

RQZ started his career in 2003, playing at numerous local events organised by Club Midi, Alandala and Mioritmic, but he also invests a lot of time in the studio. His style is defined by heavy grooves, tripped-out layers, fat bass lines and swung elements that progress coherently while remaining unpredictable.

Paul K is known for creating a fluid narrative with each set, that gives the listener a sublime sense of relation to oneself and the world. If you ever attended a party with Paul K in the line-up, you’ve noticed he sparked the most vigorous dancing of the night.