These pins are hand-made and painted by Pisica Pătrată depict his square cat character, going through different emotions, as observed in their expressions.

Each pin is one of a kind, hand-painted in acrylics on heavy cardboard, enclosed in a resin dome, secured with a butterfly clasp clutch.

Mounted on black cardboard that is signed by the artist in silver acrylic marker.

Part of the collection of wooden art toys assembled and painted by Pisica Pătrată is available in the feeder.ro/shop. 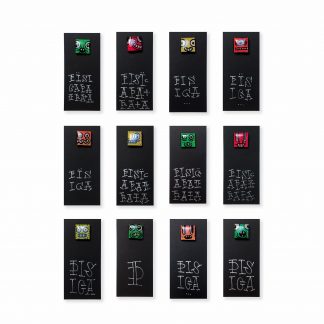