An artist edition of 5 stickers, featuring illustrations by Pisica Pătrată, depict his square cat character, going through different emotions, as observed in their expressions. 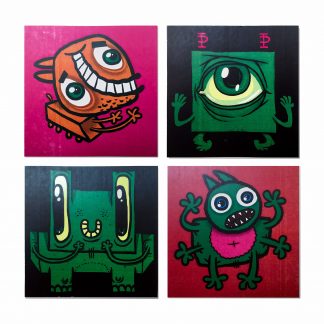