The “Disruption” stencil artwork is done by John Dot S  in acrylic spray on 25 x 36 cm paper, in a small edition of 8.

Each piece is done manually and thus may differ in various degrees from the rest of the series.

Also see SENS, another stencil artwork by John Dot S, available in the feeder.ro/shop, a work which evokes the SENS art installation, created by the artist during the Un-hidden Bucharest 2018 project, as one of the Open Call winners.

“I like to play with space, either on the street or in abandoned places. I use spray, acrylics to markers, canvas, wood, recycled objects and different sized walls. That’s how I discovered the stencil art technique, a technique not very easy, which effected on me a balance between patience and consistency. The form is quite rigid but permissive, through which I can manipulate and metamorphose a character, a situation, a thought.” – Un-hidden Bucharest interview w/ John Dot S

You can see the murals of John Dot S at the Sibiu International Street Art Festival, Cold Art in Iași, and in different places in Bucharest, such as Arthur Verona Street, where he made, along with Maria Bălan and Robert Obert, a wall. dedicated to the WWF campaign, within Street Delivery. In 2017 he participated in the international festival Upfest in the UK. John Dot S is one of the winners of the open call Un-hidden Bucharest 2018, during which he made the artistic installation SENS, hosted by CNDB at Sala Omnia, in Bucharest. In 2019, John Dot S exhibited at the Rampa One @ Plant Village exhibition together with Maria Bălan and Robert Obert, and participated in the Un-hidden Bucharest group exhibition at Romanian Design Week 2019, Central Exhibition, Multidisciplinary Section.

John Dot S is the author of the Compounds project, described by the artist:

“an exercise, a self-education through which I learn to be more present and attentive to what is happening around me and to the environment in which I live, the idea being that in the future I should not need to protect myself… People in aluminum, the focal point of the project, tell different stories / messages and are always in a situation, sometimes comical at other times less comical. The focus of the Compounds project is towards understanding people to be more present in their lives and what is happening around them, in the environment, as well as the impact of their actions.”

Un-hidden Romania is an urban regeneration multiannual programme that aims to humanise and discover public spaces in Romania and Moldova, proposing their exploration through independent street art, employing a diverse mix of activities and products, such as the artistic interventions, the online & print street art map, open calls for artworks, street art workshops and guided tours, and the Un-hidden Street Art in Romania book, which presents 120 street art pieces and information about their authors. 2017, 2018 and 2019 Un-hidden projects mapped out a total of 199 spaces and many more artworks in over 15 Romanian and Moldavian cities or localities while facilitating the production of 12 new artistic interventions. 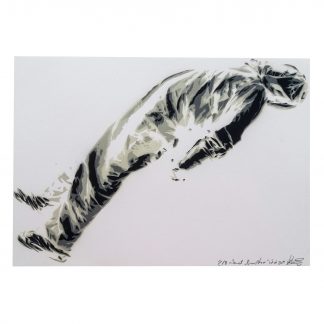