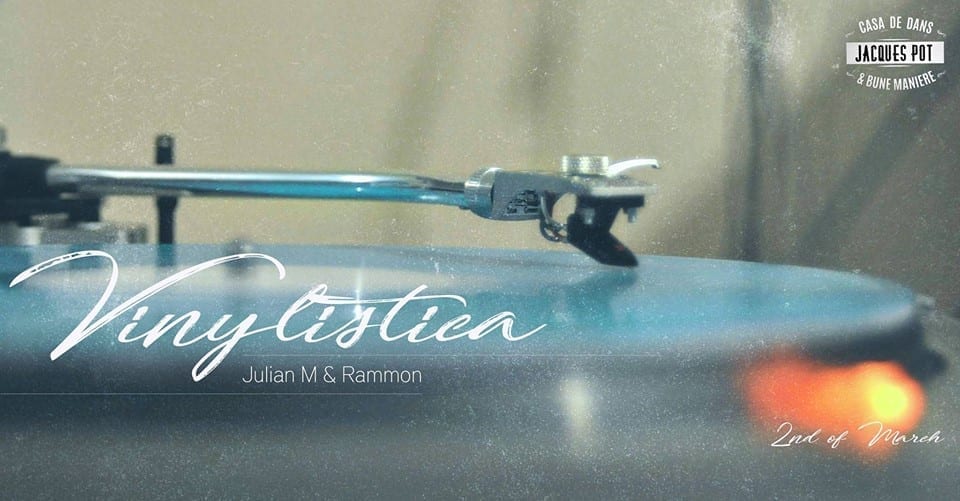 On March 2nd, we cast away the Winter and welcome the Spring through warm analogue grooves, in this Vinylistica edition with Julian M (BINradio) & Rammon (VRTW Artists / Constanta Funk Collective / Berlin Crew)

Julian M has been around on the Romanian electronic music scene since the early 2000s, when the clubbing movement was just starting to emerge.
After creating Future FM, the first pirate radio station which promoted exclusively electronic music (starting in 1998), his love for music made him get actively involved in organizing the first electronic music events in Constanta.
Julian also produced radio shows on various radio stations.
As a producer, he released materials on several labels and was the first Romanian artist to appear consecutively on FOEM Electronic Youth compilations.
Julian enjoys creating real musical trips, his eclectic & melodic mix sets passing through a variety of styles, from Soulful & Funky to Nu-disco & Deep-House.

Born from misunderstood beats of techno and coming from Constanța, Rammon is taking sunbaths in the most exotic musical beaches, for 12 years now. He is one of the co-founders of the already famous Berlin Club and of the super musical group Constanta Funk Collective. With such a diverse background, no wonder each of his sets is an overbalancing cocktail of disco, funk, blues, jazz, bossa nova and other styles of dance created with the flow!