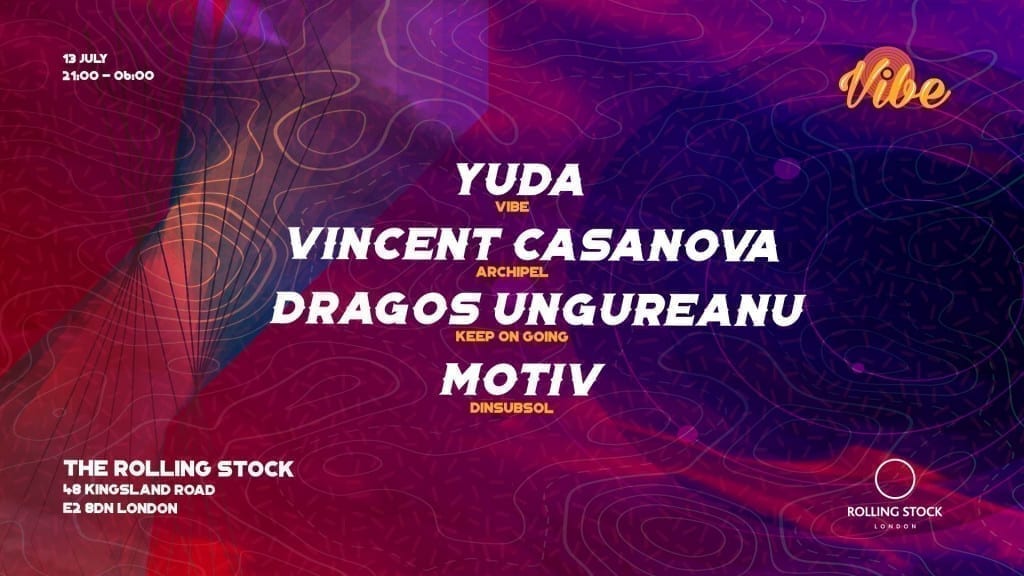 Motiv started DJ-ing at a young age, fully dedicating himself to musical projects. In just a few years, he shared his decks with both local and international names such as Vera, Adrey Pushkarev, Izhevvski, Barac, Herodot, Premiesku, Cap, Nu Zau, Ada Kaleh, Vid and many others. You could also hear him play at festivals like Electric Castle, Airfield Festival Music Travel etc.
He started his music production activity in 2014.
The Romanian movement inspired his way of seeing electronic music, combining in his style experimental minimal-house and techno in a very personal distinctive way, adding a particular feeling as like being carried on waves.
Motiv is also one of the founders of Dinsubsol booking and records agency.

Born in Bacãu, Romania, Dragos is a staple name in Europe’s club circuit. His unique sound is well regarded among fellow underground DJs and has recently seen him tour across Europe; playing in Switzerland, Slovenia, Germany and more. Dragos is also a regular at Fabric London, having performed alongside artists such as Praslea, Barac, Sammy Dee to name a few. He became a Keep On Going resident in 2014.

Vincent Casanova has been immersed in Electronic Music since 2000— though he began playing the drums and guitar long before he acquired a synthesiser. His first vinyl release arrived in 2004 on New York’s Sifted Recordings; since then, he’s worked hard in the studio to compile a sizeable discography that consists of four full-lengths and many more EPs, shared between labels including Tip Tap Records, Tzinah Records, and Archipel —the latter of which will also release his Esoterica album in 2017. He is also beginning to DJ in clubs across Europe, having refined his skills playing at smaller venues and after-parties in New York City, just a few hours from his birthplace of Connecticut. In addition to this, he has performed at Montreal’s Piknic Electronic and Berlin’s Love Parade.
Production, however, has remained his focus during much of this period, and it is only now that he feels ready to bring his studio sound into the club environment. Check out his more recent releases and it’s easy to spot the evolution of his groove-based sound into more abstract territories; indeed, it’s no coincidence that tracks like “365” and “Sway” were supported by some of the world’s leading selectors. While maintaining a warm and melodic feel, often with a strong bassline and dreamy elements, his productions range from house and techno to more breakbeat cuts with fragmented vocals and elements of pop. As a result, it’s hard to place Casanova in any single genre—though you can often identify one of his tracks when you hear it.
As a DJ, too, Casanova aims to meld various styles to construct different moods—and his exceptionally smooth 2016 XLR8R podcast is a perfect demonstration of his talents in blending woozy, meandering states with an irresistible groove. Many of his earlier bookings came either early or late in the night, allowing him the freedom to delve into the more experimental realms of his record collection; but he loves to play harder sounds when required.