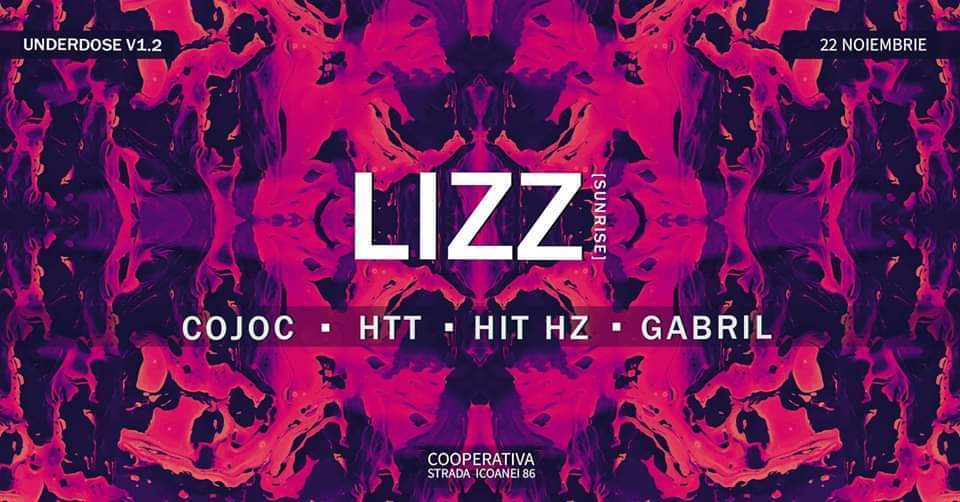 Have you got your Underdose?
Come and get your supply from:

Lizz, on his real name Petre Vali, is original from Buzau city, now established in Cluj-Napoca, as resident at Midi, already for 2 years. He got in touch with electronic music at 15-16 years, and since then he developed a passion for mixing and production.He is well known, for his releases on the MOMENT Records and on leading labels such as EASTENDERZ, Valioso Records or Hoxton Records. He has a flourishing career, receiving the support of artists like Petre Inspirescu, Rhadoo, Barac, Mihigh and many more. In 2016 he becomes a part of Sunwaves and Mioritmic Festivals, and gigs in cities like Berlin, Moscow, Paris and London become his standard.

After exploring the depths of various musical areas such as DnB and dubstep, self-taught artist, Cojoc ultimately decided to focus on the minimal genre. After making it to the Burn Residency, things got more serious for him so he started to perfect the art of production. His music can be mesmerizing. So, do not be surprised if you suddenly find yourself dancing, overwhelmed by joyful vibrations.

http://www.discogs.com/artist/4807878-Hit-Hz
DJ & producer based in Paris, influenced by minimal vibes from all over the world. He released on the now well-known Recordeep label the first EP in 2016. He’s now releasing his third EP on his own Valuri label alongside french producer Nunes. He’s also part of La Mattina french crew, and afterparty makers.

Resident of club Opus from Targu Mures
gabriL’s selections bend between various styles, but he knows one thing: to keep you on the dancefloor.

Discovers his passion for music as a child, studying guitar and piano and being fascinated by artists like The Beatles, Sugar Hill Gang, and The Fugees. Has his first electronic experience, listening for the first time DJs like Paul Kalkbrenner, Ricardo Villalobos or John Digweed. Falls in love with this genre and music production appear shortly as an important factor.
Dj -ing styles are addressed in Minimal, Techno , Electronica.
Track styles are more directed to a personal amprent.