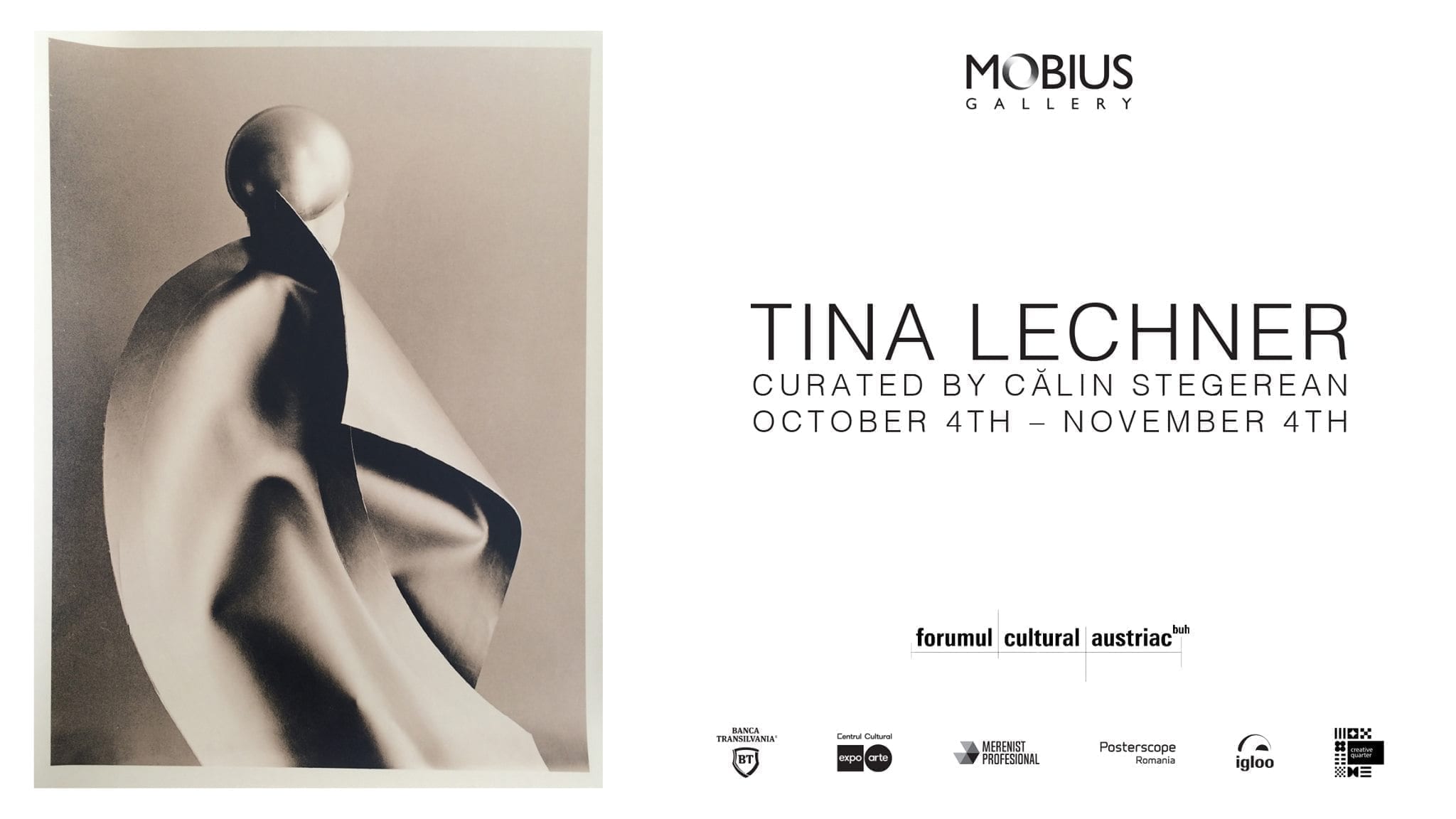 Mobius is pleased to announce the upcoming show of Tina Lechner, curated by Calin Stegerean, the first solo exhibition of the Austrian artist in Bucharest.
The exhibition, organised in partnership with forumul cultural austriac and Expo Arte, opens on October 4th and will be on view at #2 Mendeleev D.I. Street until November 4th.

For Tina Lechner, photography is not just a mean of recording a pre-existing reality, it is even a tool for creating new images and ideas. With roots in the historical avant-garde, the artist’s photos are just the visible part of a reflection process that deals with human body metamorphoses in relation to the superstructure represented by clothing, work tools, and entertainment. Like any important artist, Tina is aware of the acute problems of contemporary world, her photographs questioning the biological limits of humanity, but also the consequences of Faustic experiences that seek the essence of life. Made in the classical photographic technique, without digital interventions, the photographs have also occasioned the production of sculptural objects included in the compositions, which for the first time will be seen in the selection in Bucharest.

Tina Lechner graduated from the Academy of Fine Arts in Vienna in 2013 and has held personal exhibitions in Austria, Germany, Italy, Japan. In 2016, her works were included in the exhibition “Influences of Modernism in Contemporary Art in Austria. Bernhard Buhmann, Claudia Larcher, Tina Lechner “at the Art Museum in Cluj-Napoca. In 2019 she participates in the Bejing International Art Biennial. She lives and works in Vienna.

The curator of the exhibition is Calin Stegerean, art critic and cultural manager, director of the Cluj-Napoca Art Museum (2009-2014) and of the National Art Museum of Romania (2016-2017).