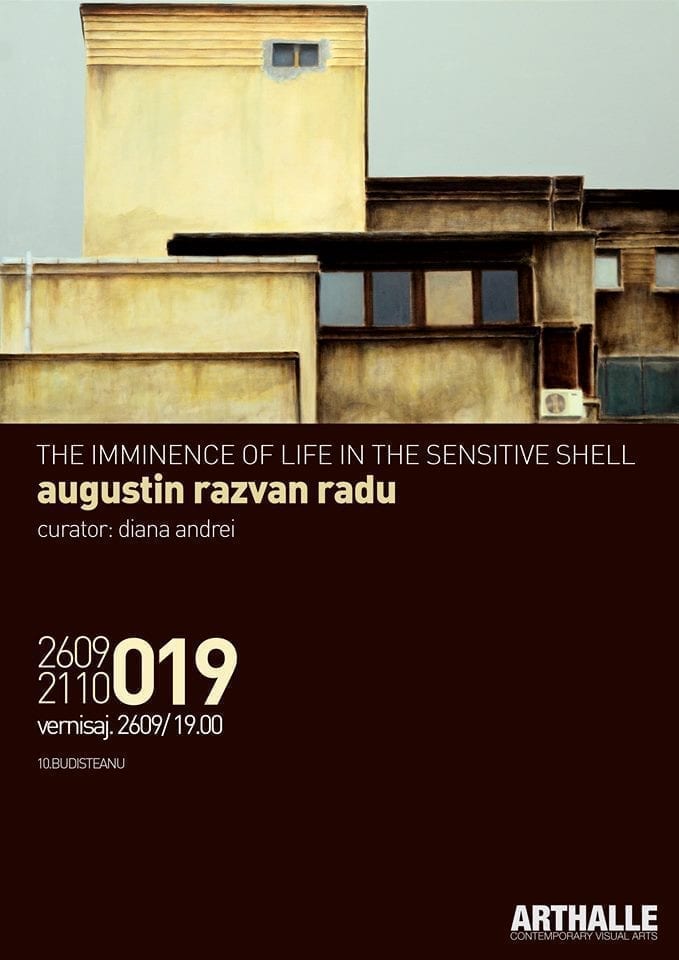 The imminence of life in the sensitive shell

Arthalle Gallery has the great pleasure of inviting you to the opening of NSFW exhibition with works by Augustin Razvan Radu at Budisteanu 10, 010774 Bucharest.
The opening will take place on September 26th, 2019 between 7 and 9 pm.
The artist will be present.

Poetically photographic, Augustin Razvan Radu’s works have a simultaneous sense of past and of reality.
In the first sequence the absence of life is narrated morphologically by the broken plaster of an old building, cables hanging seamingly by chance, mirrored, opaque or broken glass sheets, parabolic antennas, exterior units of numerous AC systems piercing the facades, traces of bullets and the overwhelming presence of the built environment belong to this thread of life. Although these shapes are signs of a past human existence, there’s no sign of human life now. It might be the end of the world, it might be life behind those frail capsules, that certainly contained life in the past. What about the present?
In the second series, much shorter, the human presence is not so ambiguously expressed but the bodies are viciously death-near. Day to day objects suggests that life certainly existed, what about now?
Frail human bodies or broken buildings, they are all shells, found in that very moment of a photographic snapshot.
Even though it’s about a personal story that drew the individual in a state of near-to-death lethargy, a nation’s critical time of sudden social and political change (or an airplane accident save vest, in other works), that moment of grace becomes one of self-reflection. This seems to be the main artistic search of the artist in the late years. The perspective mechanism turns in this way the view from the shells to our inner self. The facades and bodies become the very cages of our personal truths and reflections of our inner lives. Sublimated, paintings thus become alive.
Time stays still in Augustin Razvan Radu’s works. Like Suskind’s perfumer, he extracts and preserves through his paintings that very moment of apnea. Fires are over. There may be death behind those grey walls. There may be still life. The painter doesn’t offer an end, he’s already finished the painting and he’s out of the „room” or out of the „street”, so you, the viewer, are becoming the only co-present and invited to pick the end of the story. Of your story. Of your painting. 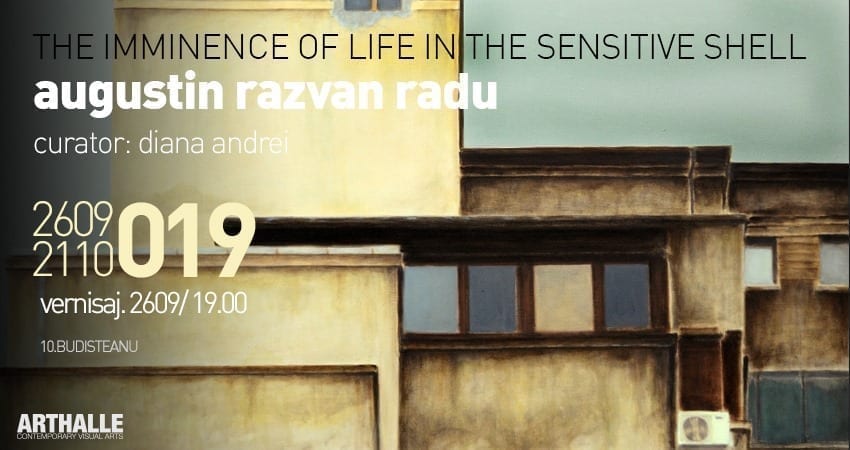