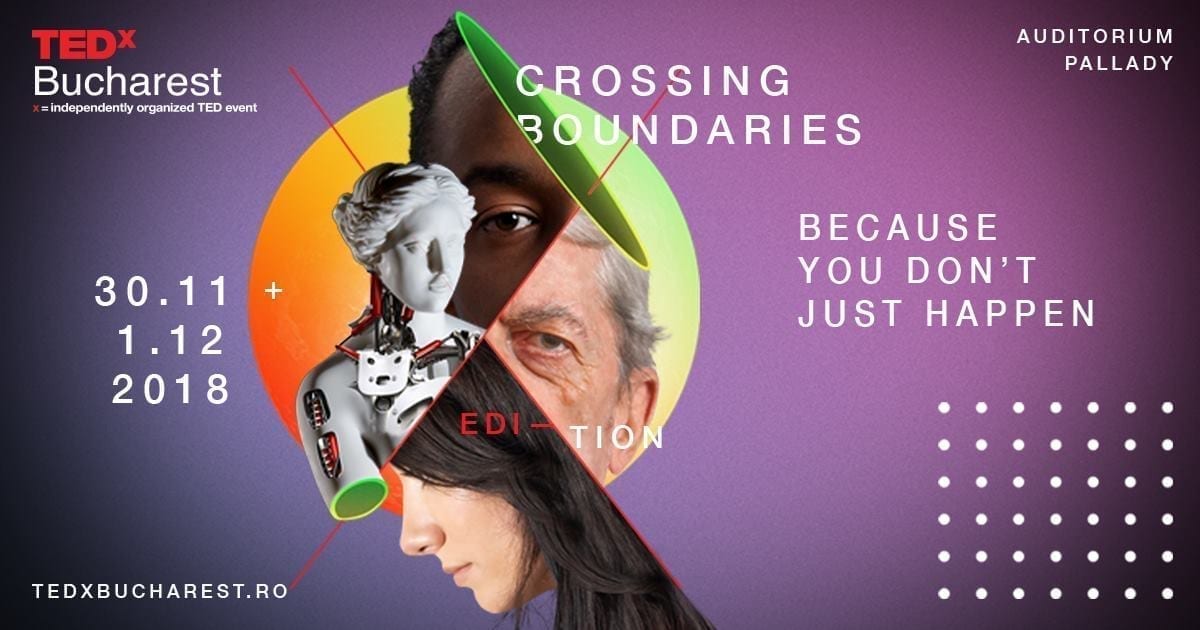 MORE TO BE ANNOUNCED SHORTLY

At the 10th edition of TEDxBucharest we aim to push ideas even further, breaking them out of schools, out of books and out of gender and racial constructs.

Have you always been wondering how miracles happen? They are the sparks of your firing souls ignited by inspiration and aspiration where limit is just a 5-letter word and CROSSING BOUNDARIES becomes an attitude.

Our modern existence is defined by socially accepted limits, both physical and psychological. And we’re told they are meant to keep us safe and enable us to operate optimally within society. But the people who changed the world are those who challenged limits. They committed acts of disobedience or empathy and caused a shift in the way we understand our emotions which ultimately lead to innovation. Once a boundary is breached, it’s breached forever. Those who dare change, those are the ones who create something together, breaking down silos and transforming lives, crossing perimeters of territory, industry, race or identity.

It’s time to object to these borders with ideas. It’s time to burst the bubble and cross off the lines guarded by fear and uncertainty. And it’s time to embrace change and address what IS possible. At the 10th edition of TEDxBucharest we aim to push ideas even further, breaking them out of schools, out of books and out of gender and racial constructs. This year we will challenge you to cross your boundaries. Because you don’t just happen.