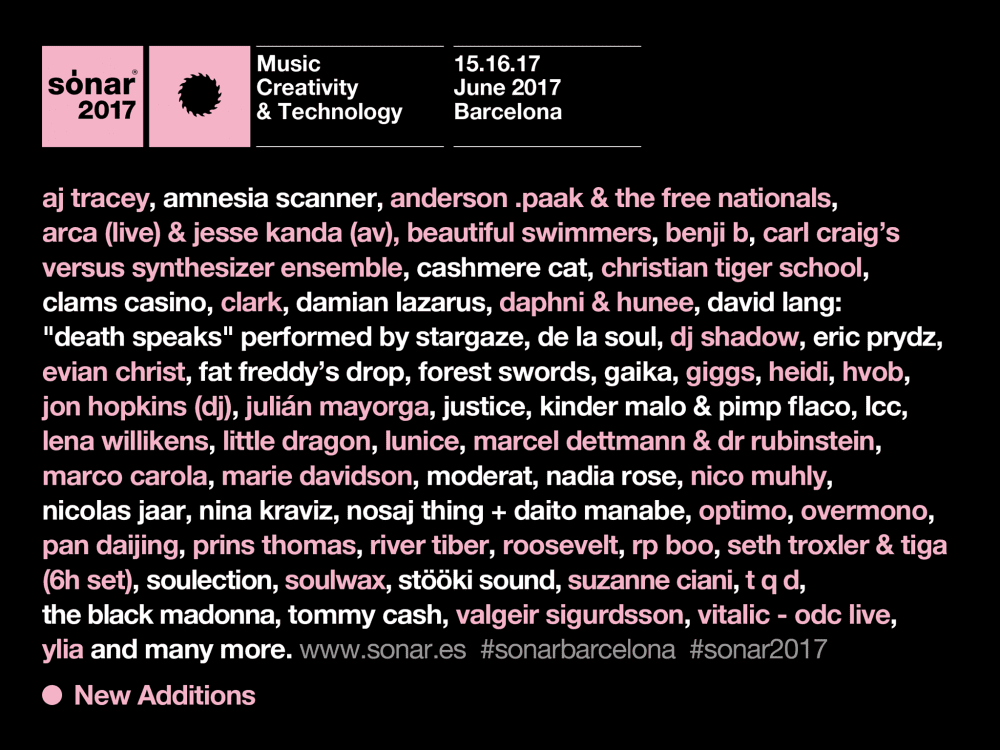 With hundreds of artists, performers and DJ’s divided over two emblematic locations – Sónar by Day at the foot of Montjuic, and Sónar by Night in the stunning Fira Gran Via complex – Sónar is a creative playground, fostering and encouraging new interactions between established artists, exciting newcomers and our open minded international audience.

Sónar+D
Added in 2013, Sónar+D is an annual congress dedicated to creativity, technology and business – with talks, conferences, installations and exhibitions, as well as practical networking opportunities, workshops and hackathons. Housed in the Sónar by Day venue, the majority of Sónar+D activities are open to Sónar ticket holders.

Sónar Around the World
Since 2002 Sónar has organized more than 50 events in many different parts of the world, adapting the Sónar philosophy to unique venues and environments, and highlighting the most interesting homegrown talent and the scene in the city where it takes place. As well as the event in Barcelona, Sónar organizes festivals every year in other cities. In previous years, it has travelled to Reykjavik, Buenos Aires, New York, London, Frankfurt, Seoul, Lisbon, Lyon, Hamburg, Toronto, Montreal, Chicago, Boston, Denver, Oakland, Los Angeles, Tokyo and Osaka, among many other destinations.