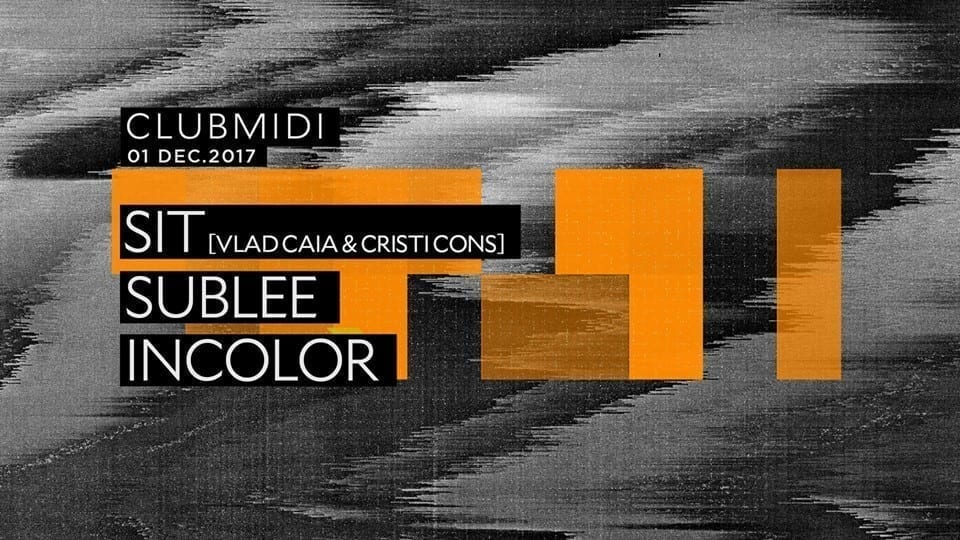 Brought together by lifelong mates Cristi Cons and Vlad Caia, the SIT project has been smoothly rising through the local and international scene, since it’s debut, in 2009. Clustered by the desire of creating boundless music, phrased by inconceivable modes and futuristic techniques, Vlad Caia and Cristi Cons ultimately objectified their goal by bringing into existence Amphia, in early 2011.

Sublee is one of those DJs to whom you would always rather listen and dance than talk too much about. His music speaks for himself whether we consider his solo approach or the distinctive sound he imprints in the Marsomatic700​, OutofStock or Stedi projects.

Incolor is a young upcoming talent growing up in the underground Romanian scene. Focused on techno influences like minimal, deep and dub, he is striving to create a minimalistic, dynamic and melodic sound in his sets and his productions are showing the highlight of his work.