Orange as the Grove Salty as the Sea @ Galeria Nicodim 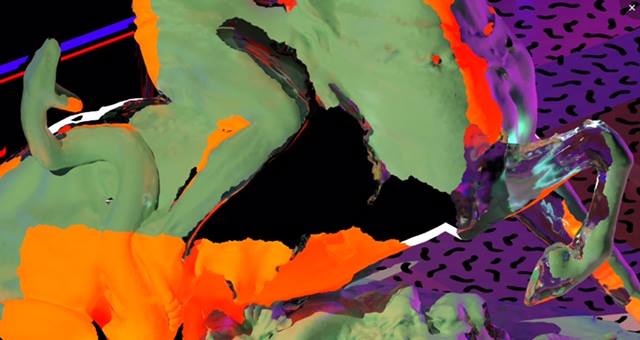 Orange as the Grove Salty as the Sea @ Galeria Nicodim
17 Februarie, 18:00

Taking on the role of a scavanger of sorts \
Sampling from the Aether\
The show is build around several digital prints scattered throughout the main exhibition space while at the same time introducing certain objects and spatial interventions that more or less bring with them the same ecosystem captured in the prints, thus completing a cycle.
Most of the works presented are quotational in the sense that most of them cary a proverbial “initial spark” based on something i find appealing in certain situations.Starting from the three large tridimensional objects\walls, that are a direct result of a previos intrevention in the exhibition space, down to the content of all of the two dimensional works, they all begin as contextual encounters with certain ideas.And it is withing those encounters that i somehow manage to identify a sort of common ground that enables me to retouch and fill in the “gaps” while working on various types of content.For the particular case of this exhibition “the user” can find relics of various instances of history(mostly in relation to art) such as The Memphis Group,Early Renaissance,The Entertainment Industry and Minimalism.The goal of this mixture is to mimick to a certain degree the prevalence of online content in a sort of atemporal manner,the same way “the user” interacts with it on a daily basis.Information is presented to us in such a way that it can be selected through any and all categories, but the one that i feel has the most impact is the time based one.”The user” can come in contact with historical events[but not limited to] in a non-chronological manner and with the andvent and improvement of recording mediums, history in a way becomes frighteningly well documented so he becomes a sort analog filter for the recorded medium.
Namewise “Orange as the Grove Salty as the Sea” works as an intertwined story,it deals with orange as the primarry distress signal used at sea due to the high level of contrast between it and blue,it brings together a visibly bountiful grove while at the same time offering an open invitation to “taking it with a grain of salt”.