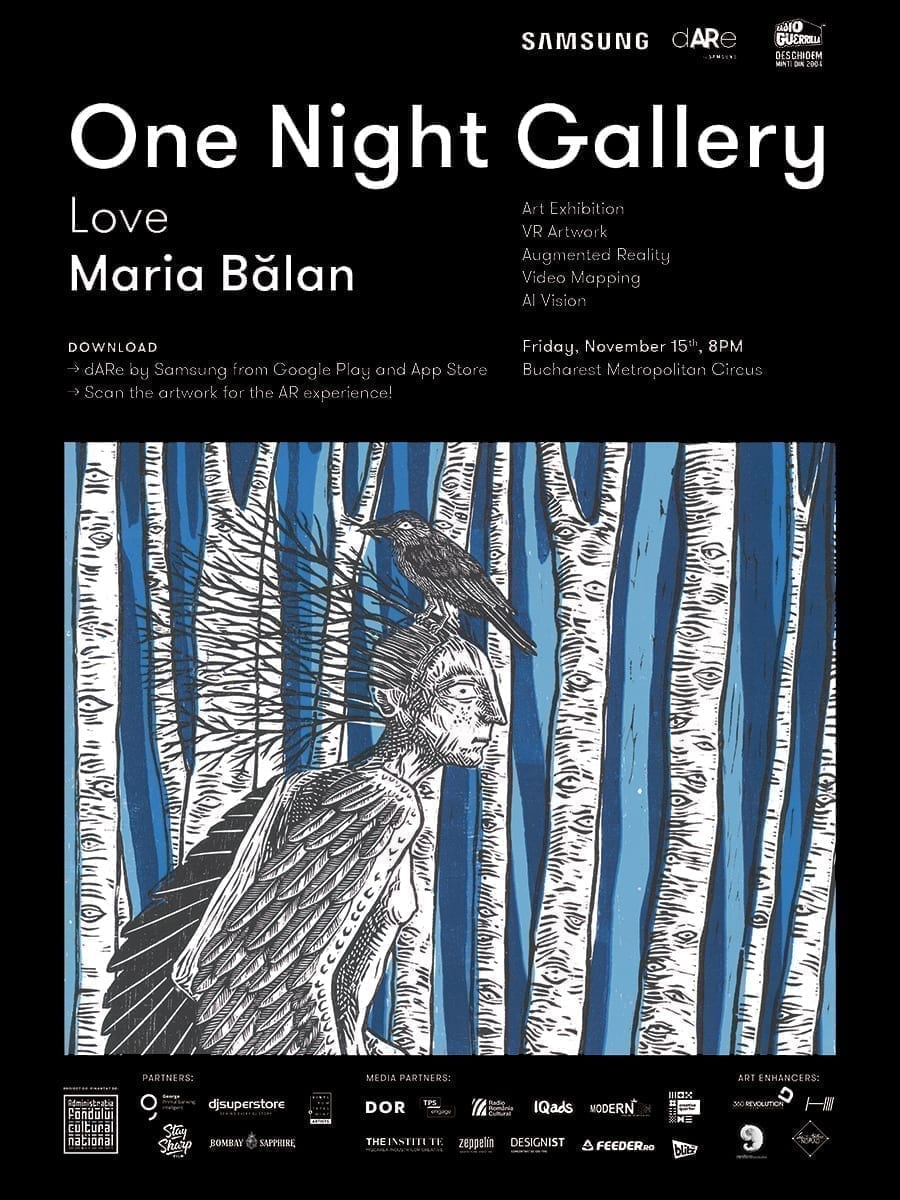 Never seen before creatures, hybrid characters and daring beings will take the stage in a spectacular and immersive art and tech experience: ANOMALICA

The 12th edition of One Night Gallery and the last one of 2019 will feature Maria Bălan‘s unique artwork. The show is built around her latest project ANOMALICA, a series of creatures coming to life in her book made in a special edition for this event. Her characters will be introduced to the audience in an immersive show gravitating around her book.
What better place to impress an audience than a circus ring?

Exploring further on the idea of performance, One Night Gallery // Love Maria Bălan will take place at the Grand Bucharest Metropolitan Circus where the play between art, technology and showmanship invites and integrates the crowd by opening up new perspectives on a venue as old-timey as the circus.

The 13 characters presented in the book (100 unique copies available only at the event) are the result of several months of hard work using the special technique of linocut. Linocut is a very uncommon, almost forgotten approach of artistic expression and also a very challenging one to transpose into new media art.

The event will combine an exhibition and a book release, all presented to the audience through augmented reality and video mapping, two mediums that will enhance the visitors’ experience while keeping the essence of the artwork intact and creating new artworks in the process.

Through dARe By Samsung, a magic layer will open up to reveal the animated characters as well as glimpses of the artistic process that was recorded during the creation of the book – a hybrid between old technique and new technology.
Maria Bălan’s book is an invitation to reflect upon the contemporary world, an invitation materialized through the artist’s imagination into a collection of characters whose traits hit the core of some of the biggest issues that challenge mankind nowadays.

The entire created universe is based on the artistic imagination of Maria Bălan, who is a multilaterally developed graphic artist, printmaker and street artist that juggled with various techniques from digital illustration to engraving.
The art show will be staged using with frame-by-frame animation performed by Reniform with sound design by Brazda lui Novac and transposed by Les Ateliers Nomad – curated by One Night Gallery

You will also be able to meet these characters through Style Transfer, an Artificial Intelligence (AI) technique which allows us to extract the visual style of an artwork and then to redraw, in that particular style, any other image;

One Night Gallery is an exhibition concept focusing on Romanian contemporary new media art.
We are all about showcasing local artists, re-purposing unconventional locations and encouraging artistic experiences through technology.

And then have an after-party.