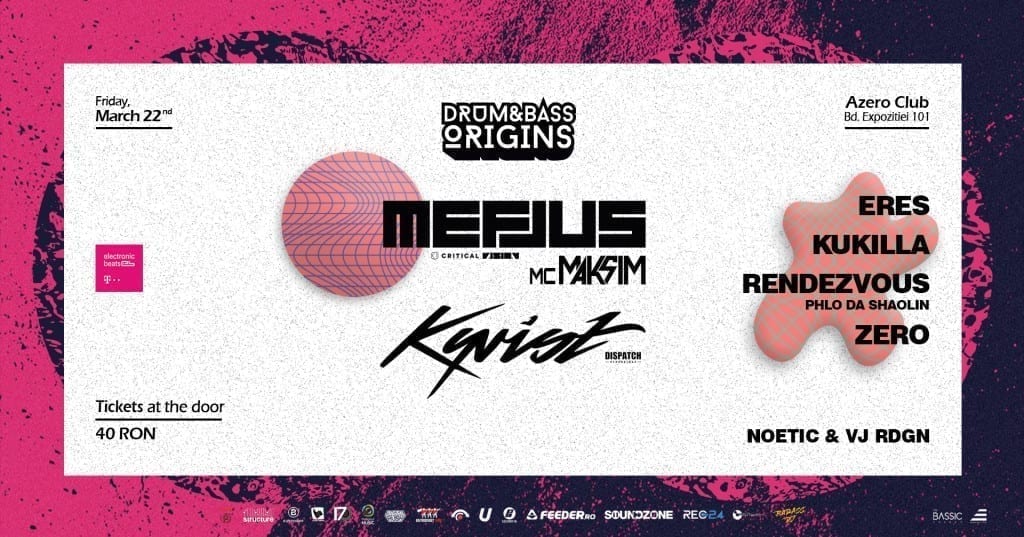 “Based out of Linz, north Austria, Martin Schober is a singular protagonist at the forefront of this beguiling game we call drum & bass. He likes hip-hop, skateboarding, schnitzel, Leibniz biscuits and long walks in the sunset, but he’s most respected for how he traipses across electronic music’s wildest terrains with total boundary abandonment… And is regarded as a leading influential new-gen figure in the genre.

From his agenda-setting halftime twist of ‘Sunday Crunk’ to his rolling, emotional collabo cameo on Camo & Krooked’s acclaimed album ‘Mosaik’. From his entrance into the Fabriclive mix hall of fame with a mix album comprising entirely of his own productions (‘Fabriclive 95’) to his Drum&BassArena Award-winning debut album ‘Emulation’, Mefjus’s signature sound has been felt across the furthest expanses of the genre since he emerged in the early 2010s.

Released April 2018, ‘Manifest’ is the sound of Mefjus 2.0. After several years in the studio wilderness, exploring the dark science of song structure, musicality and textural contrasts, ‘Manifest’ captures a new mindset for Mefjus. Raw, energetic, playful and subversive, ‘Manifest’ is the most personal, diverse and daring body of work to date. Not so much as reminder of why he occupies such a unique position in drum & bass but a straight-up statement of intent.”

“Since her early years, Kyrist grew up immersed in a musically diverse environment provided by both parents. As she grew older, intrigued by music and cultures, she found herself mixing at the young age of 12 and found her passion for Drum and Bass not long after.

Over the last few years Kyrist has built up a reputation for her trademark style, which mainly focuses on the darker and more tech-driven side of drum and bass, and in the process has seen her tunes included in the sets of some of the scenes most respected DJ’s.

Kyrist is already receiving huge support from the likes of Noisia, Ant TC1, Kasra, Emperor, Skeptical, Lenzman, Xtrah, Chris.SU, to name a few, and her future is looking incredibly bright too, with the new found status as a Dispatch Recordings resident. So far Kyrist has travelled throughout Europe, spreading her sound from the likes of London’s Renegade Hardware and Fabric, to Toulouse’s Le Bikini, Prague’s Cross Club and the world renowned, Outlook Festival in Croatia and Let It Roll festival, Czech Republic.”