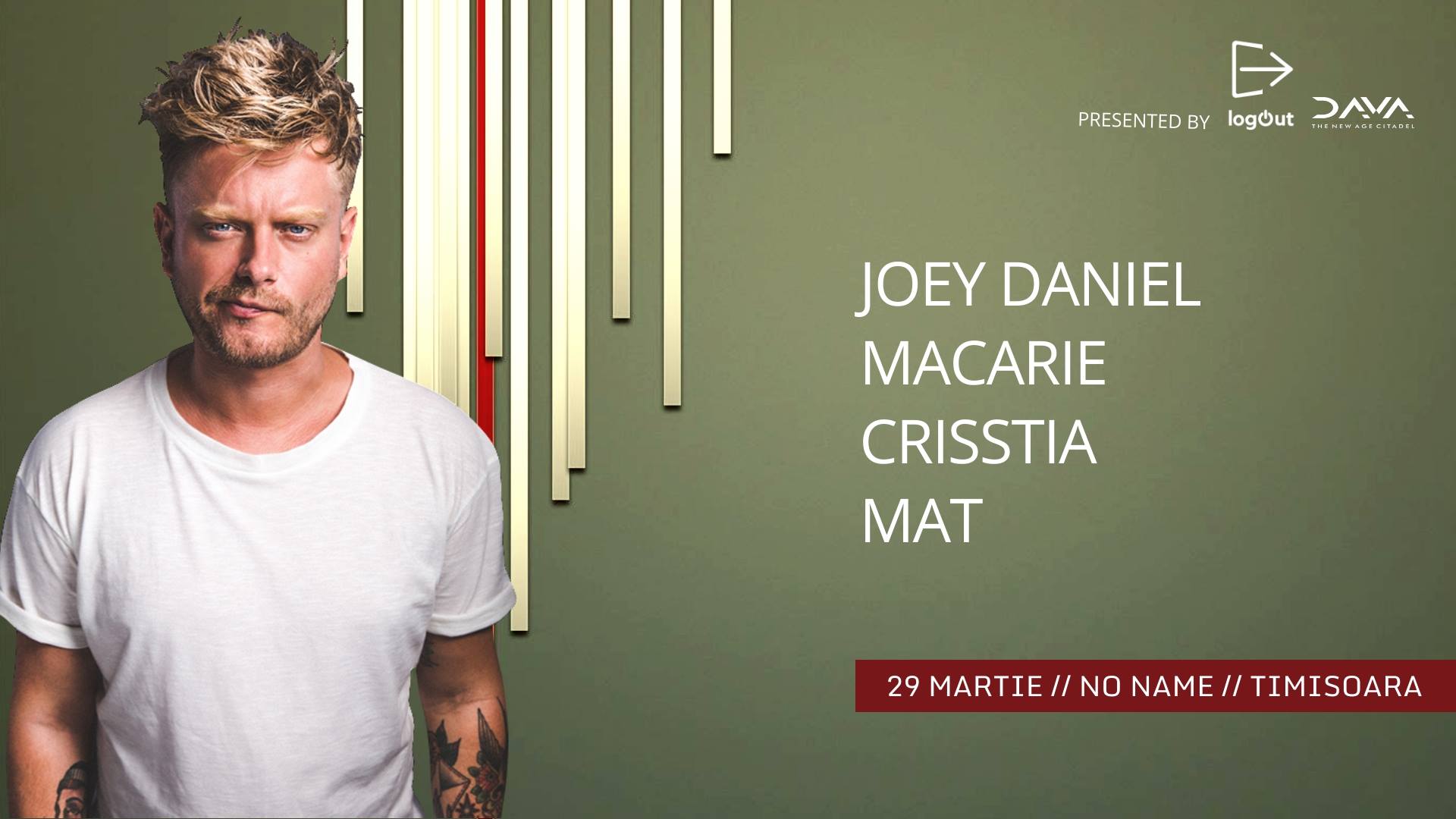 LogOut comes to life as a fresh electronic music concept, a celebration of everything that a good party should be – big smiles, close friends and great music!

Joey Daniel’s career can be summed up as nothing less than a well-deserved rise to fame. The Rotterdam born/Amsterdam-resident has been making waves through the Dutch dance scene for nearly a decade now. By now he has become a key figure in Dutch nightlife, a trusted provider of acclaimed sets, having played nearly every club and festival imaginable.

In the 2014 season, Joey got picked up by Music On. This brought forth one of Joey’s most defining moments: playing at Music On in a packed Amnesia, next to life long idols of his like Joseph Capriati, Hector, Stacey Pullen and of course head honcho Marco Carola himself. A moment engraved in his memory forever, where all he had worked for finally came together.

Since then he’s been taken up by the Music On family and booking agency, Orbeat Bookings, actively supporting Joey’s DJ career from now on. This has immediately led to many great bookings, like playing the popular Music On radio show at Ibiza Global Radio and many more.

The young DJ and producer from Cluj-Napoca shows a remarkable sense of groove in his mixes and productions. The bass in his recent remix of Sonohat’s ‘Whispers’ results in instant head nodding, and his mix for RTS.FM Budapest combines undiscovered gems and solid tracks with impressive fluidity, convincing us he’s one to watch this year.

Cluj Napoca-based Bogdan Matei and Adrian Todoran have been fascinated by electronic music since the scene’s development started locally. Their musical connection was instant and led to a genuine friendship.

Their style is groovy, a perfect mixture between deep house and tech-house / techno, always delivering fresh sets & positive energy. They were invited to play at prestigious events and festivals such as Untold Festival, Electric Castle, Kudos Beach, Airfield Festival, Alandala Events and Delahoya Festival. They have played in some of the most popular venues in Romania, and their sets are always very well-received by the public.

Crisstia is also known as the definition of an unconventional sound, with profound elements that can take you back and forth in time. Having great musical passion and knowledge gained over the years, Crisstia comes up in the underground music scene with a style which perfectly defines him.