Weekend no 2 at KRAN 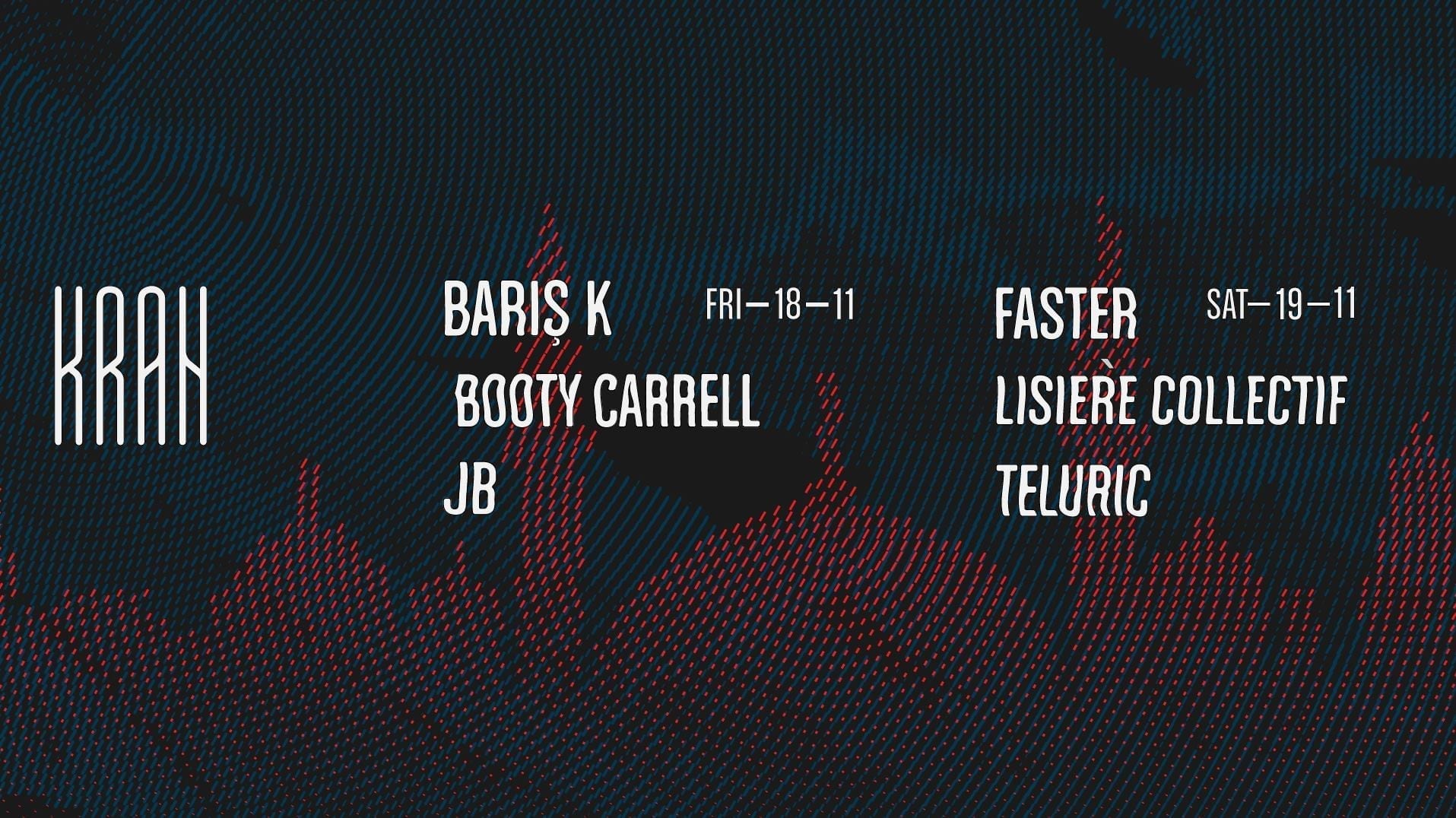 Rhythm and dance are deeply linked in history and practice.
The second weekend at Kran investigates the strong connections between the art of music and the art of dance. Is it possible to develop the dance without music? Is music perfectly capable of standing on its own feet without any assistance from the dance? Nevertheless the two arts will always be related.

Booty Carrell is the DJ alias of anonymous Turcoholic, vinyl archeologist and Golden Pudel resident. Carrell does his research in the deep spaces of the vinyl universe. He digs into the second layer of musical globalisation. And he sets off where musicians around the world have started to melt regional traditions with a western gesture. And that will indeed make you dance! Sebastian is a member of the B-Music DJ crew around Finders Keepers records, radio host (ByteFM, Groovie Shizzl) and self proclaimed ‘Outernational Deejay Gigolo’

JB is one of the most dedicated record collectors around. Based in the beautiful city of Brașov, he has been exploring obscure sounds for 15 years and counting, while his DJ sets are journeys through music and time.

With a background in hip-hop production, Faster acquired soon the ability to sustain a good quality dj performance. Influenced by artists like Zip, Ricardo Villalobos and Richie Hawtin, he started to build a slowly and secure career in electronic music, reaching the 9th year of “seniority” in the Romanian electronic house music. He is the owner of Ruere Records label.

Lisière Collectif represents the collaboration between three members who spent their childhood playing near the heat pipelines situated behind the grey blocks where they lived. The ”Lisière” was the place where they gathered together all the time. Here they could enjoy the beauty and silence of nature, in the suburbs of Ploieşti City. Their work approaches simple, minimalist themes that highlights the main idea of the project.

Teluric is a Romanian DJ and producer known for his releases on imprints such as Blue Ciel, Cakeman Records or Polen.