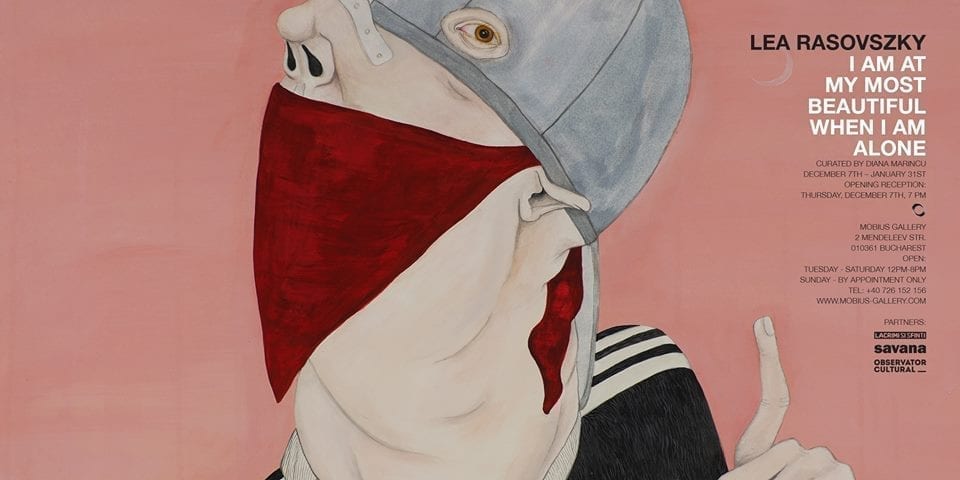 Mobius is delighted to present I Am At My Most Beautiful When I Am Alone, a solo exhibition of works by Lea Rasovszky, curated by Diana Marincu. The exhibition is on display from December 7th through January 31st.

An opening reception will be held from 7pm to 10pm, on Thursday, December 7th.

With this exhibition, Lea Rasovszky returns for the first time to her older drawings and watercolours, seen as primary sources for other paths possibly taken by her works. The portraits in ceramic do not transpose the artist’s drawings into solid matter but continue them in a relentless attempt to discover a new life for them.

“The beauty of loneliness is something we don’t talk about enough. About the moment when someone’s face blossoms in the dark like a rare plant that will never become extinct. Lea Rasovszky’s portraits in ceramic do not transpose her drawings into solid matter, but continue them in a relentless effort to discover their boundaries. Where exactly is the boundary between me and you, where does the contour of the face end and a landscape begin, where is the pure air and what’s the purposefully sculpted void? The life of a line drawn becomes a fold in porcelain imbued with sleep, silence and peace. Every splash of color transforms into topographical indices that place the character in a diorama of solitude.” – Diana Marincu, curator

Lea Rasovszky (b. 1986) is interested in marginal cultural subjects, from areas such as kitsch, cartoons, “manele”, bodybuilding and other stories or “psychological peripheries” that are not purely social. Her artworks are, most often, portraits in motion of people, situations, and emotions filtered through an ironic and rough drawing style.