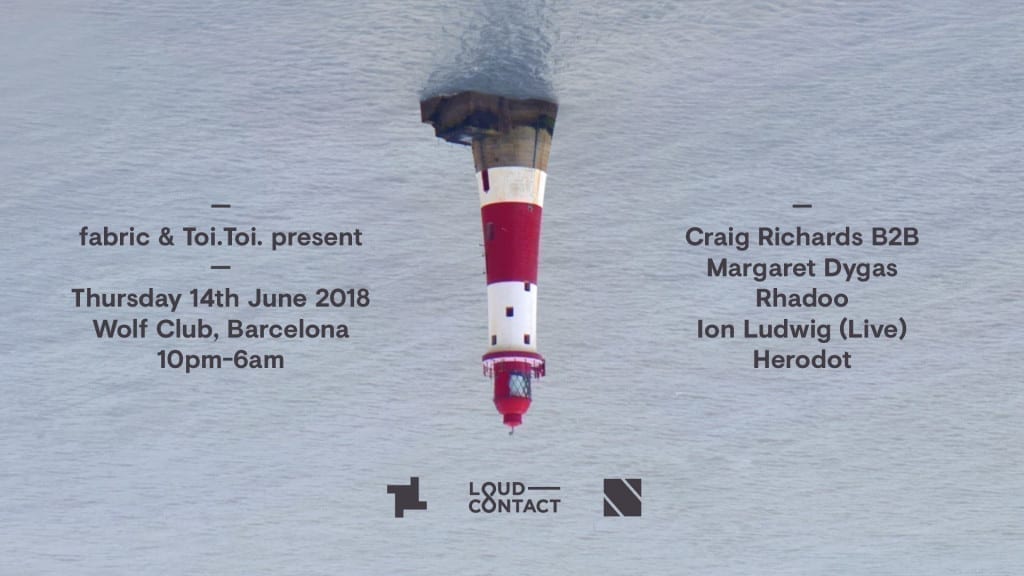 fabric and Toi Toi Musik come together for a special partnership at this year’s OFF Week. Some of our most closely cherished artists join us for our first OFF party and Toi Toi’s 8th anniversary, with Craig Richards and Margaret Dygas uniting for a rare back-to-back set.

Playing a rich blend of techno, house, minimal and breaks, Craig Richards has a sound that’s by now synonymous with the identity of both Toi Toi and his adopted Farringdon home base. He’s joined by Margaret Dygas, the highly respected minimalist and member of the revered Perlon label. The pair have a long history together – since the start of her career Dygas has played regularly in Farringdon, often appearing alongside Richards at his long-running residency. Earlier this year they played back-to-back for the first time in Room One, where a mutual understanding of one another’s record collections was met with an understated class and fluidity. This June they return to the decks together.

We’re also pleased to have [a:rpia:r] visionary Rhadoo joining us as a very special guest, bringing the type of highbrow Romanian minimal that characterises his defining label.

Ion Ludwig also performs live. A key signing on the Toi Toi roster, Ludwig’s style of deep and dubby house has placed him among Europe’s top minimal artists in recent years, with material landing on the likes of Perlon, Trelik and Sushitech. In his live sets, Ludwig uses drum machines and synthesizers to recreate his coveted productions.

Rounding off the bill is Herodot. Part of the second generation of Romanian house artists, the Toi Toi signing is one of the key figures of Bucharest’s electronic music scene, working as a highly-skilled DJ and regular at the city’s top late-night venue, gh. In 2013 he launched the label Unamin, and last year signed to Toi Toi’s tight-knit roster.

For our OFF debut, we take over WOLF Barcelona, one of the city’s key venues located in the heart of the Sant Martí district.

Advance tickets are now on sale via Resident Advisor: fabricldn.co/m4qkdk