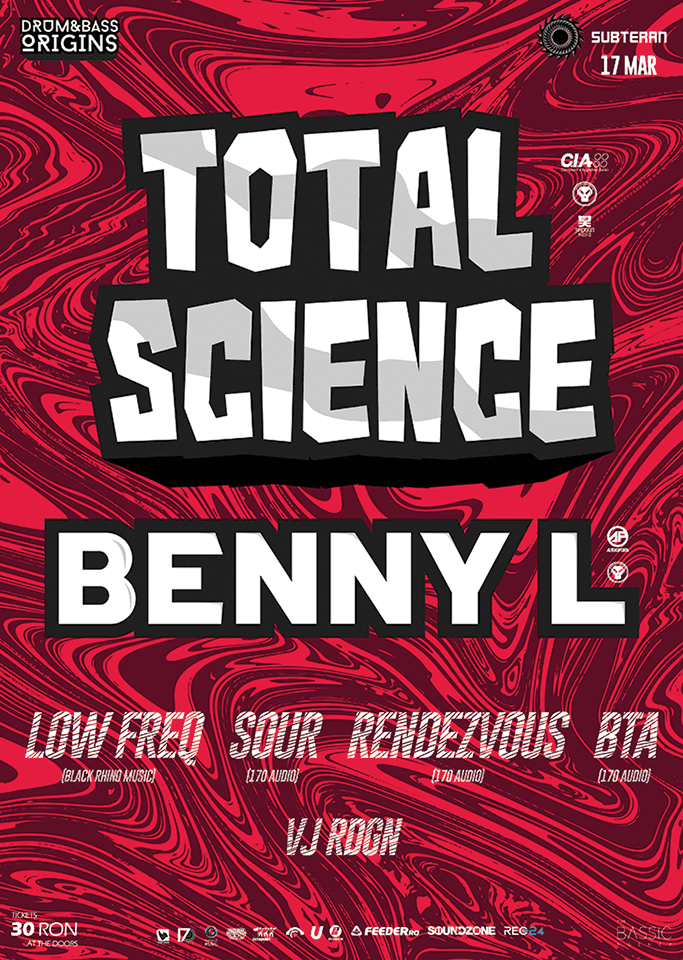 “Jason Greenhalgh (Q-Project) and Paul Smith (Spinback) first met in 1987 brought together through a mutual love of hip-hop music. Over the coming years, the pair developed a deep appreciation for Techno and Dance music at the start of its worldwide takeover. By 1991, Spinback was an established DJ, gracing the decks at events week in week out, including the world famous “Universe”. Q-Project entered the studio too, with his first release “Freestyle Fanatic”.

In 1997, the well-established pair launched the Computer Integrated Audio (C.I.A) label and the alias Total Science, was born. Over the coming years, Total Science had releases on all the major D&B labels including Metalheadz, Good Looking, Moving Shadow, Hospital, Tru Playaz, 31 Records (Doc Scott), Reinforced, Soul:r, Shogun Audio to name but a few, as well as releases under their own C.I.A. and various other imprints.

Total Science/ Q-Project have release 4 albums, however, the actual number of singles and EP’s the pair have released is currently an unknown quantity. Their relentless yearning to create music and dogged approach denotes there are just too many to mention!”

“Growing up, music was the centre point of Benny L’s life. After learning a range of instruments, from drums, the piano, trumpet and even the violin, he dedicated some of his most formative years to perfecting his craft. Although this could only be expected, after all, he grew up alongside family members who also took just as much time pouring over their own musicality. He was always given something to play, but it was his older brother who would eventually lead him to his first set of decks. However he was never allowed to lay his hands on the turntables, instead, he spent time listening to him spin everything from Jungle to Garage.

Once his teenage years hit, he attended his first drum & bass night at Ministry of Sound’s. It was 2011, a student night on a Thursday, here Benny was introduced to some of the genre’s finest contemporary selections. He witnessed the legendary Dillinja at London’s Cable nightclub that he decided to follow a similar path.

After being discovered by Audioporn head honcho and pivotal drum & bass player Shimon, through good friends Ross and Dan from Mediks at his time in Bristol, his first track ‘Speakers Vibrate’ landed in Shimon’s inbox. The ‘Granulate’EP followed suit, as well as the definitive ‘Thunder’ which firmly put him on the map via Audioporn. And since releasing ‘Low Blow’ on the likes of the historic imprint Metalheadz, with its rolling drums and formulaic old school rhythms, Benny has proved the pages are still turning. For a producer and DJ just beginning his career, he’s already planted a seismic crater within the sphere of drum & bass.”