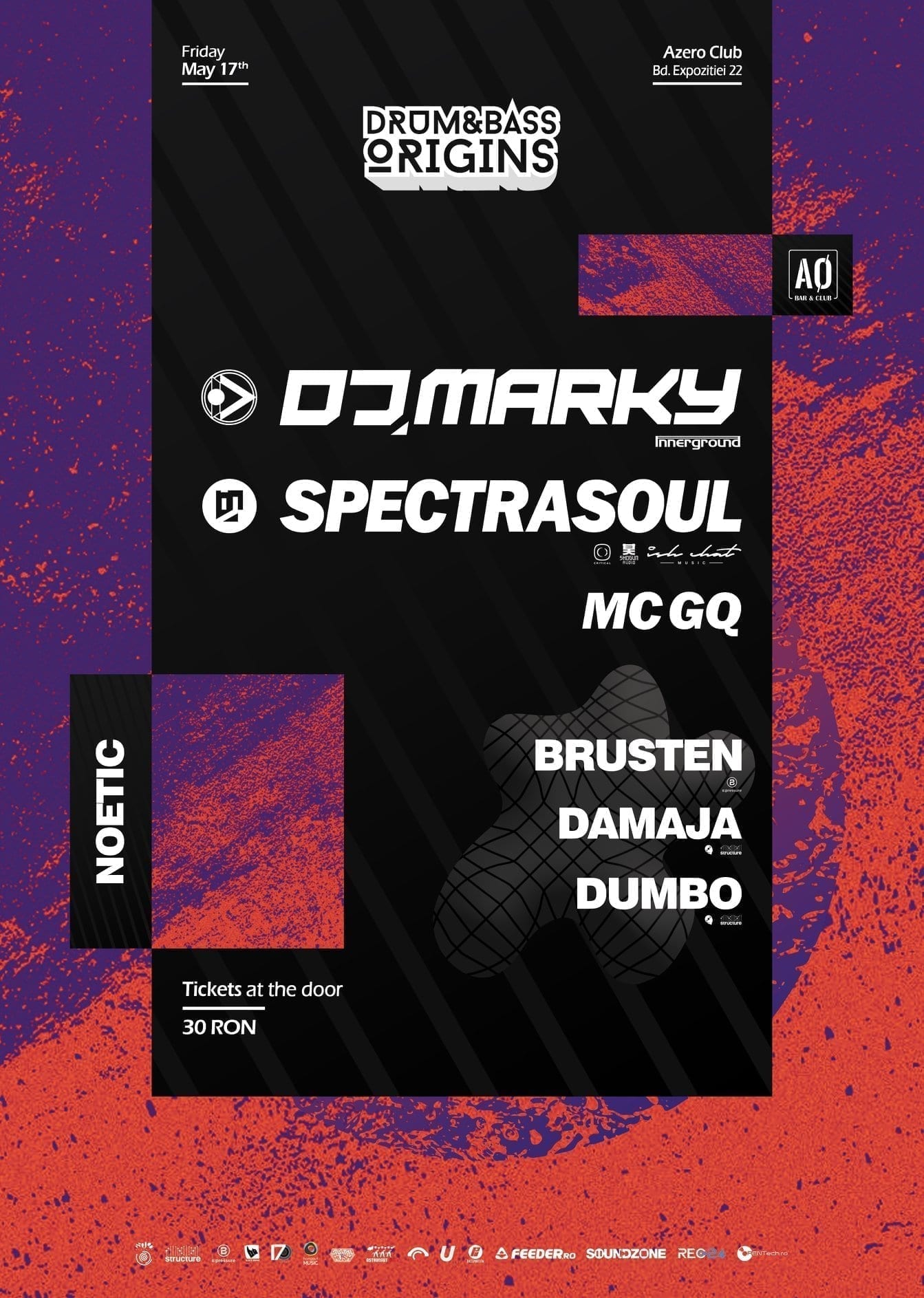 “In a career that spans over two decades, DJ Marky has gone from an avid record collector and music enthusiast in his native Brazil to an internationally revered DJ and producer, label-head of his own Innerground Records, and owner of the event series DJ Marky & Friends. From igniting dancefloors across the globe to producing some of the most seminal Drum & Bass tracks to date, he continues to amass an unsurpassable list of achievements, all driven by his dedication and unique flair. He is widely regarded to be technically one of the top DJs in Drum & Bass. Retaining the same passion for music as the day that it all started, DJ Marky stays at the forefront of not just the Drum & Bass scene, but also the music world at large.”

“Since their emergence in 2006, SpectraSoul have carved a truly unique position, not only in Drum & Bass, but electronic music as a whole. Having released music on only the very finest and most respected labels in the scene, from Goldie’s legendary Metalheadz, to dBridge’s boundary breaking Exit Records, and Kasra’s ever progressive Critical Music, they went on to become vital members of Friction’s irrepressible Shogun Audio imprint.

Beautifully deep and etched with groove yet powerful enough to move any dancefloor, SpectraSoul’s stunning musical productions are a far cry from the soulless, synthetic rave fodder so many unfortunately associate with Drum & Bass today.

Gracing clubs and festivals the world over, the global recognition of SpectraSoul’s seductive production skills and achingly smooth mixing abilities has earned them their stripes as a truly treasured gem on the Drum & Bass and Electronica circuit.”

“Since its inception back in the early 90’s Jungle drum&bass has developed at an amazing rate, yet certain themes and characteristics have remained true – The charisma, presence and distinctive voice of MC GQ is one such characteristic of the scene that has stood firm.

MC-ing at the top of the chain for more than 20 years has taken GQ to all the corners of the globe, seen him achieve chart success and in 1999 an opportunity to establish his own label, Emcee Recordings, that helped break some of the leading names in D&B today such as Jubei, SP:MC, Breakage & Sabre.

MC GQ has been able to work with every top DJ over the years and at a mix of events around the globe ranging from massive festivals to small intimate events. GQ’s ability and consistency to work with every topflight DJ has kept him at the top of the MC ranks for 20 years and has made him partner to pretty much all of the A-List DJs in the world of Jungle & D&B.”