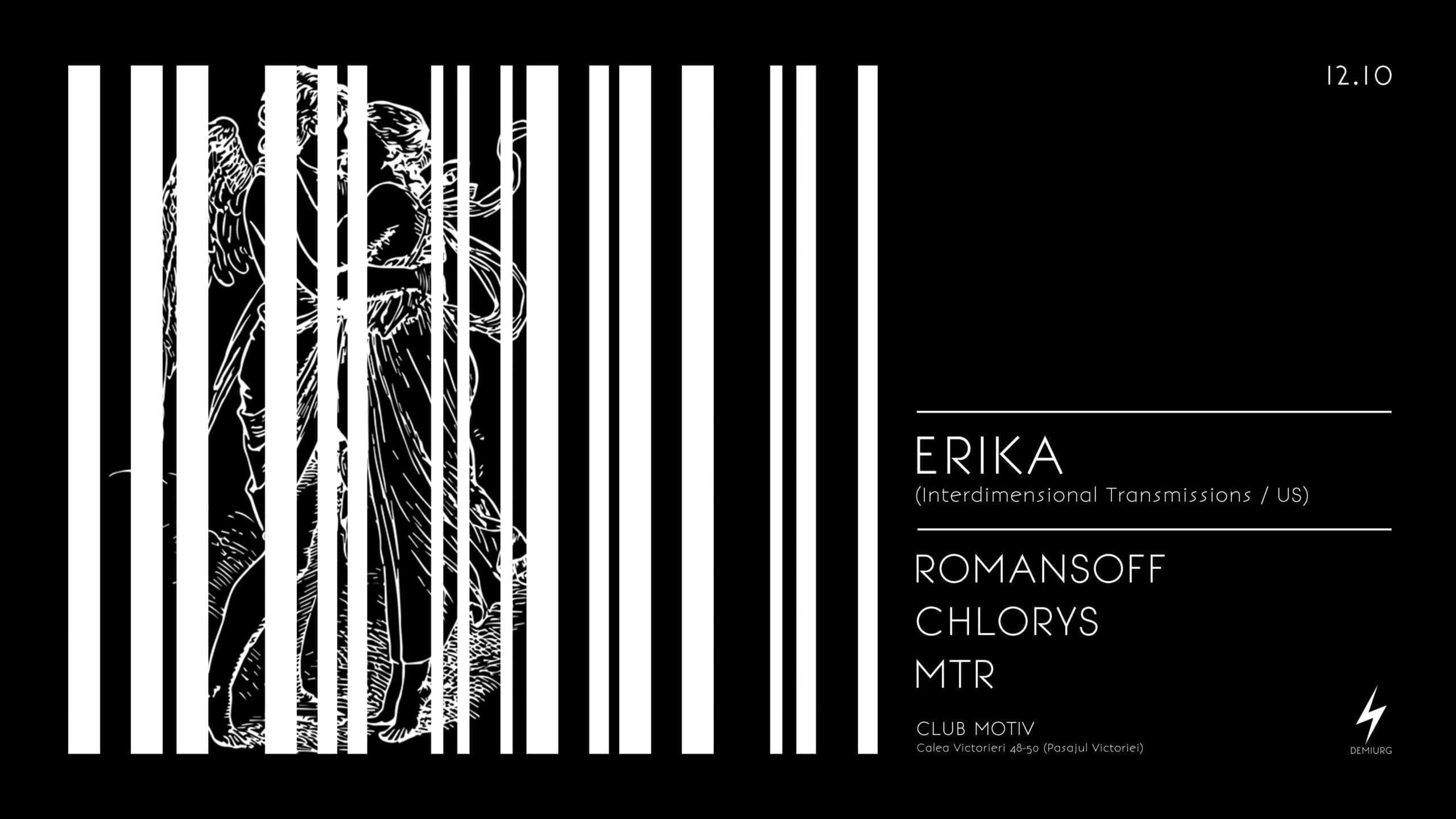 One half of the Drexciyan influenced live project Ectomorph, representing Motor City’s Interdimensional Transmissions label, Erika dreams on the cellular level, or perhaps of transdimensional intelligences moving through strange patterns on celestial objects, working towards a mysterious goal. Her connection to the dreamworld becomes concrete in her approach to music, simultaneously so solid and yet so ethereal.

Chlorys is a Bucharest-based DJ, visual artist, member of the Corp. platform and a Noods Radio resident where she conducts the “Alien Flora” radio show. Used as a means of probing into the subconscious dread, the radio show was inspired by Sci-Fi horror films and their soundtracks, 90’s infused atmospherics, voices from the (not so distant) past, & an underlying sense of disquiet.

DJ, producer, vinyl collector and founder of the Raw Tools record label, Romansoff has been an important contributor to Bucharest’s underground electronic music scene over the past few years, his sets being marked by eclecticism and versatility.

MTR is a new addition to the electronic underground scene but has a solid background in music, being a part of a few closed-circuit festivals and parties. He gradually developed his tastes by exploring music from a wide range of genres. Expect to be hit by techno, electro and minimal with a dark twist. Both opening and closing.
————————————————————————————–
20 lei before 01:00
30 lei after 01:00