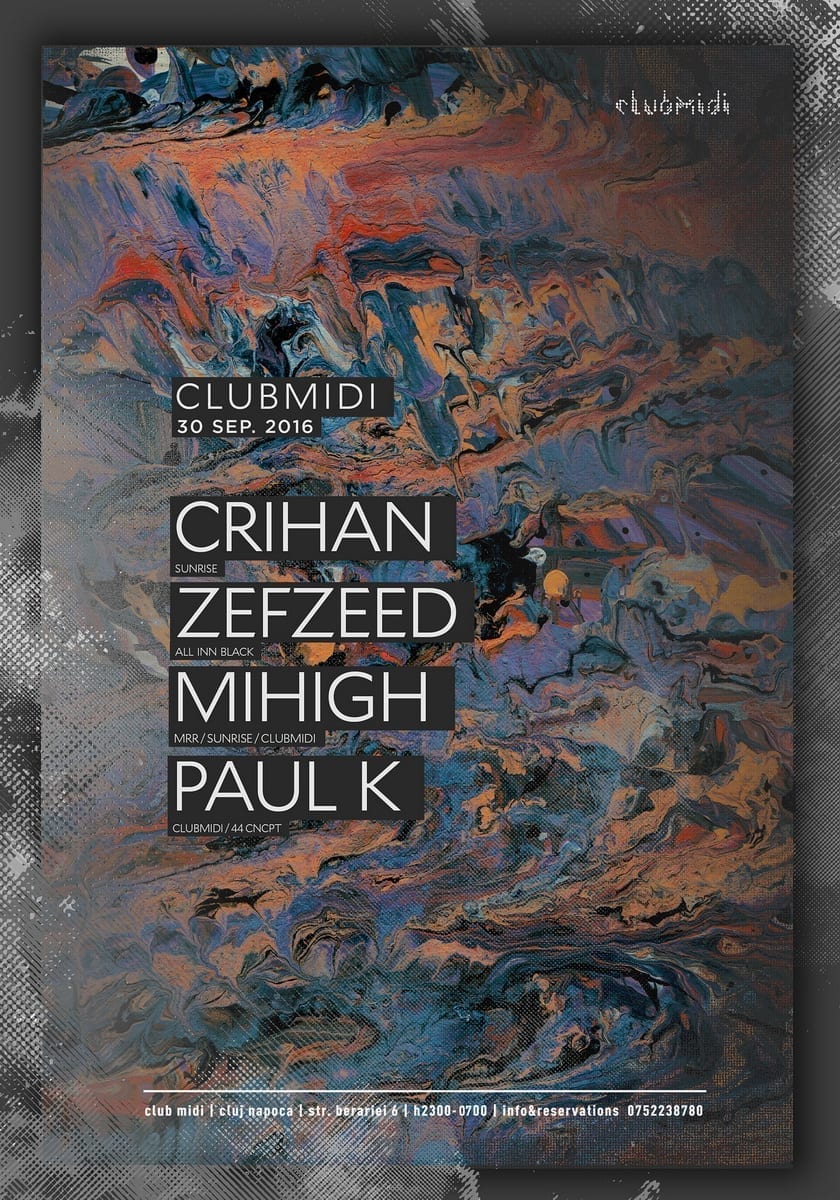 Behind the decks you can sometimes catch Crihan playing in lineups that include Petre Inspirescu, Raresh or Dan Andrei but also warming up for Valentino Kanzyiani, Wareika or Maayan Nidam in various venues from his adoptive Bucharest at clubs like Guesthouse or abroad, like Robert Johnson in Offenbach.
Unpredictable and fully dedicated to the craft, in one form or another, we are sure that you’re going to hear more and more about him in the future.

Zefzeed – best known for his releases on labels such All Inn, Body Parts or Naural, still seems insatiably captivated of experimenting with different textures and approaches in the studio. Constantly discovering new wizardries, his style matured in a masterwork of harmonious contradictions, pairing apocalyptic basslines with moody synth progressions in truly impressive artworks. Besides the main project – Zefzeed, the Timisoara based artist is involved in producing with aliases such as Adorluna or as a half of Locked&Loaded.

With both minimal and techno influences in a more profound way, Mihigh gained more and more credits in the last years, adding in his sound a distinctive mark of obscure, hypnotic sounds and sexy hat drops. When he isn’t playing in front of the crowd, Mihigh creates his own reality of sounds, constantly fathoming his music production skills.

Paul K is like a breath of fresh air that echoes the explorative style of body-moving groove. His style has a special trademark that you can clearly differentiate from the fellowship, there is alluring but subtle groove through each track played out. He follows a principle of playing complex music, not just sounds or percussion-based tracks and is always on a very positive vibe, making it impossible to stand still on the dancefloor. He is always delivering feelings along with his sets, making them a unique experience.