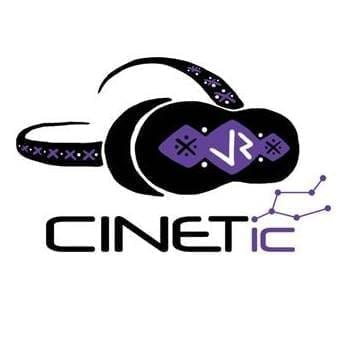 After a successful first edition in Cannes 2017, Romania rejoins the scene of global XR with its latest unconventional VR and AR productions. The Romanian XR Days in Cannes is a pilot showcase XR event developed by CINETic, that will be available publicly on the 21st and 22nd of May, from 1 PM to 6 PM at the Romanian Pavilion (#220) in Cannes.

Aiming to showcase and to promote Romanian XR works and artists at the 72nd Cannes International Film Festival, the pilot initiative highlights, debates and encourages pioneering steps in the XR industry: “The Romanian XR scene is not anymore in its infancy – it gradually becomes diversified, meaning-driven and more mature every year. We believe these innovative steps can inspire the entire audio-visual industry to embrace groundbreaking experimentation and may foster more playful international collaborations. We are thankful to our partners from the Romanian Pavilion for proving that cinema and XR can be in a vivid relationship of friendship and mutual support.”  – Ioana Mischie, founder of the Romanian XR Days in Cannes, Romanian transmedia futurist and creator.

Marius Cătălin Hodea will facilitate the second edition of the XR showcase in Cannes – “I started from environmental, space and industrial design and went into a direction where experiencing space in real or virtual life combined with technology makes it a unique and new experience. The key element that I use is virtual reality medium because of its innovation in perceiving the media and space and also the excitement that it creates.” Hodea is currently CINETic VR research assistant, VR practitioner and PhD student of UNA.

The Romanian XR Days is a pilot event created under the patronage of UNATC–CINETic. Affiliated to The National University of Theatre and Film (UNATC), CINETic is a recently created research centre with a European investment of 8 mil. EUR, focussing on innovation-driven labs and on the interaction between neuroscience and unconventional audio-visual works (including VR/AR/MR explorations). The centre values three main paths: the research, the creative and the educational layers. For more information, you may follow CINETic here: FB | WEB | BLOG |VIMEO

The visual image design of the event is signed by Matei Branea, UNATC Vice-Rector and animator.  The initiative was created by UNATC–CINETic and reunites innovation-driven Romanian partners such as Storyscapes, a Romanian NGO focussing transmedia story-worlds, interactive narratives and unconventional cinematic worlds (VR) or Augmented Space Agency – a Romanian start-up focused on AR productions.

Created independently with internal resources of UNATC, the initiative addresses special thanks for the massive support of Creative Romanian Filmmakers Association and The National Centre of Cinema.

The 72nd International Cannes Film Festival takes place from May the 14th to May the 25th, 2017.  This edition seems to host a pioneering year for the XR field on a global level. In this context, Romania aims to continue the dialogue between its pioneering steps and the most recent international XR paths.