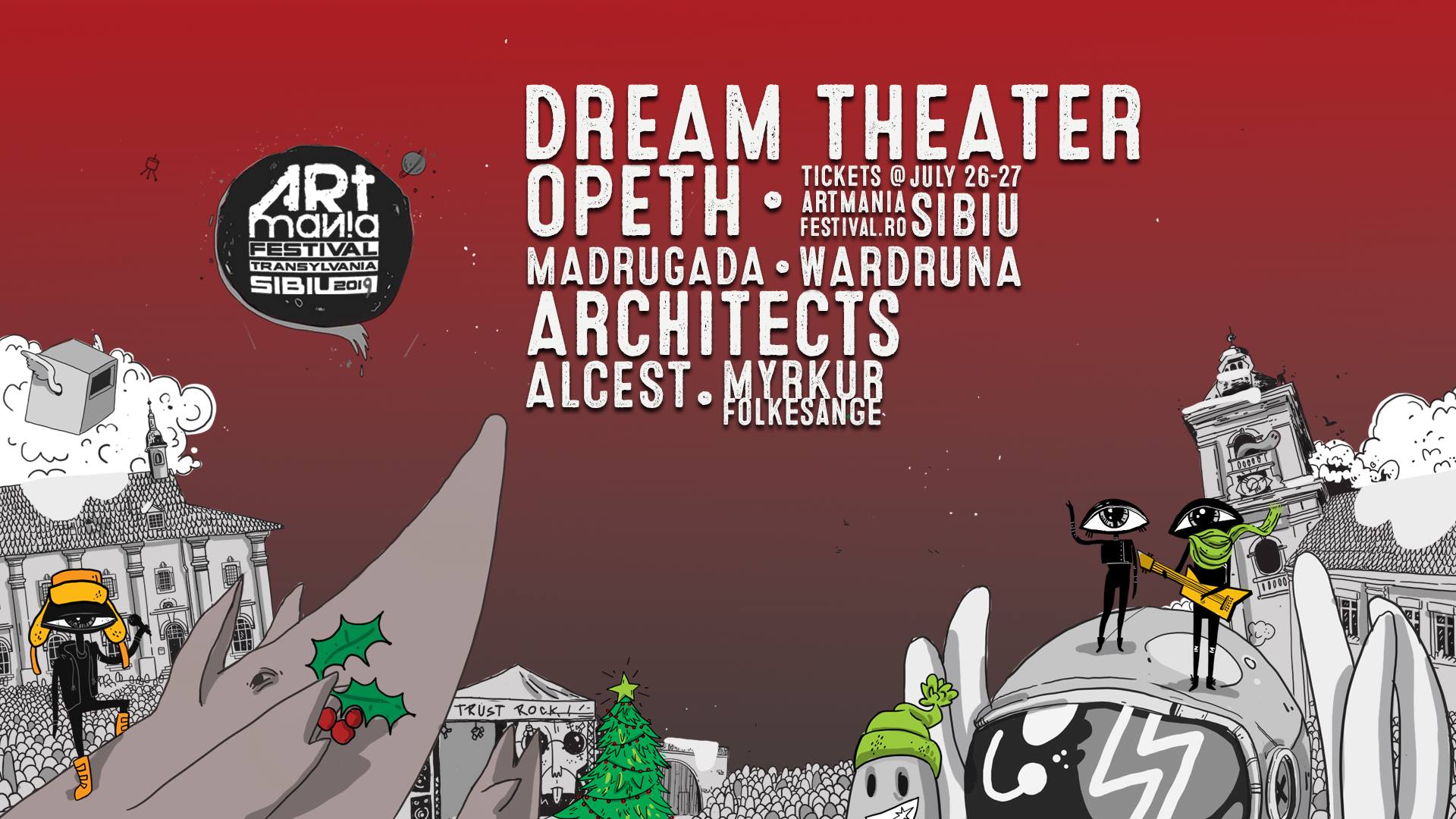 The 14th edition of ARTmania Festival will take place on 26th – 27th of July 2019, in Sibiu, Transylvania, Romania.

Dream Theater, pioneers of the progressive-metal genre, return to ARTmania with a new album, their 14th material, which marks their 30 years of career celebration: „Distance over Time”;

Opeth returns to ARTmania 10 years after its first arrival in Romania, when the band performed on the same festival’s main stage in Large Square of Sibiu;

Madrugada offers us two premieres: the band reunites after 10 years since their split and arrives for the first time in Romania at ARTmania Festival 2019;

Wardruna will play for the first time in Romania at ARTmania Festival;

Myrkur returns in our country with a new special show, part of her „Folkesange” acoustic tour.