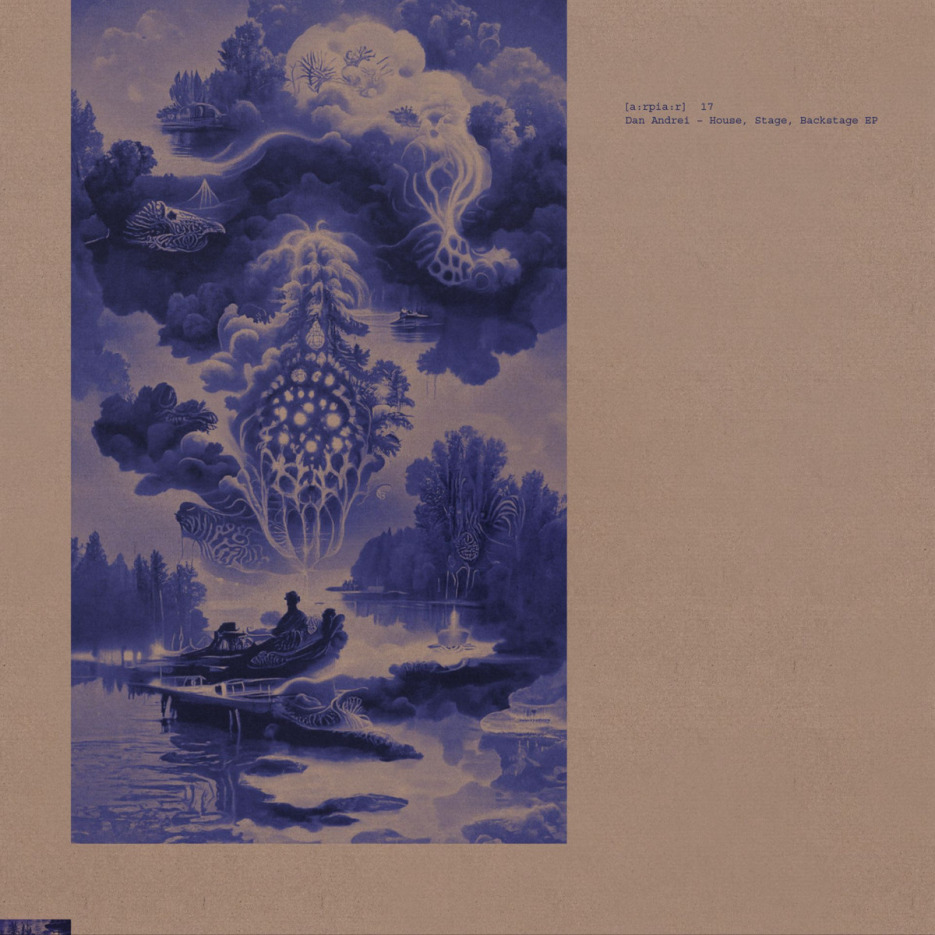 Since Dubtil’s “Anume EP” was released almost two years ago, the iconic Romanian record label [a:rpia:r] went silent, dealing mostly with events and festivals. Now, the wait for number 17 in the catalogue is over, as “House, Stage, Backstage EP” signed by Dan Andrei is announced to hit the shelves of selected record stores worldwide in February. The material reveals three distinct tracks, each designed in its own style with influences taken from various genres like minimal techno, microhouse and breakbeat, all flavoured with solid experimental elements. The artwork is designed by multimedia artists Silviu Visan aka Dreamrec and Florin Iscru.

Dan Andrei loves to explore music in as many shapes and forms as possible, creating inspiring sounds and grooves each time he spends time in the studio, on stage and even backstage, where ideas are shared and inspiration transforms into a personal vision transposed later on into the music itself. There’s a lot to say about the artist as he’s constantly up to something, so we invite you to discover more by following a series of articles, reviews and special live episodes made in collaboration with our feeder sound project.

Listen to this amazing soundtrack composed by Dan Andrei for a mural painted by Aeul in Bucharest, dive into the recording of his live-streaming session during Romanian Design Week 2020 alongside Serebe and find out more about his mmm ltd, AK41 and Comoji projects from our EP Reviews and Exclusive Premieres columns.

Side A blasts off with the head-spinning rhythm of “Ultraviolet”, an immersive composition powered by ever-evolving textures and twisted synth melodies that slowly flow in the background as a solid and uplifting broken beat creates a driving and truly hypnotic experience.

On the flipside “Oddity” hits like a hammer, dropping an intense drumming spectacle sustained by its methodical arrangements and funky synth stabs that relay a subtle yet smooth funky swing. Closing the record, “I Dream Of Shrimp” reveals an equally trippy sonic journey that explores dreamy electro dimensions and wild electronica at the same time. A must-have 12″ for collectors, selectors and electronic music enthusiasts right here!

The record adds even more magic to a top-class discography where you can find timeless releases from the label’s head chefs themselves Rhadoo, Petre Inspirescu and Raresh alongside other renowned producers like Ricardo Villalobos, Thomas Melchior, DJ Sneak, Priku, Kozo and Cristi Cons.

Listen to the snippets and pre-order your copy of House, Stage, Backstage EP at deejay.de.