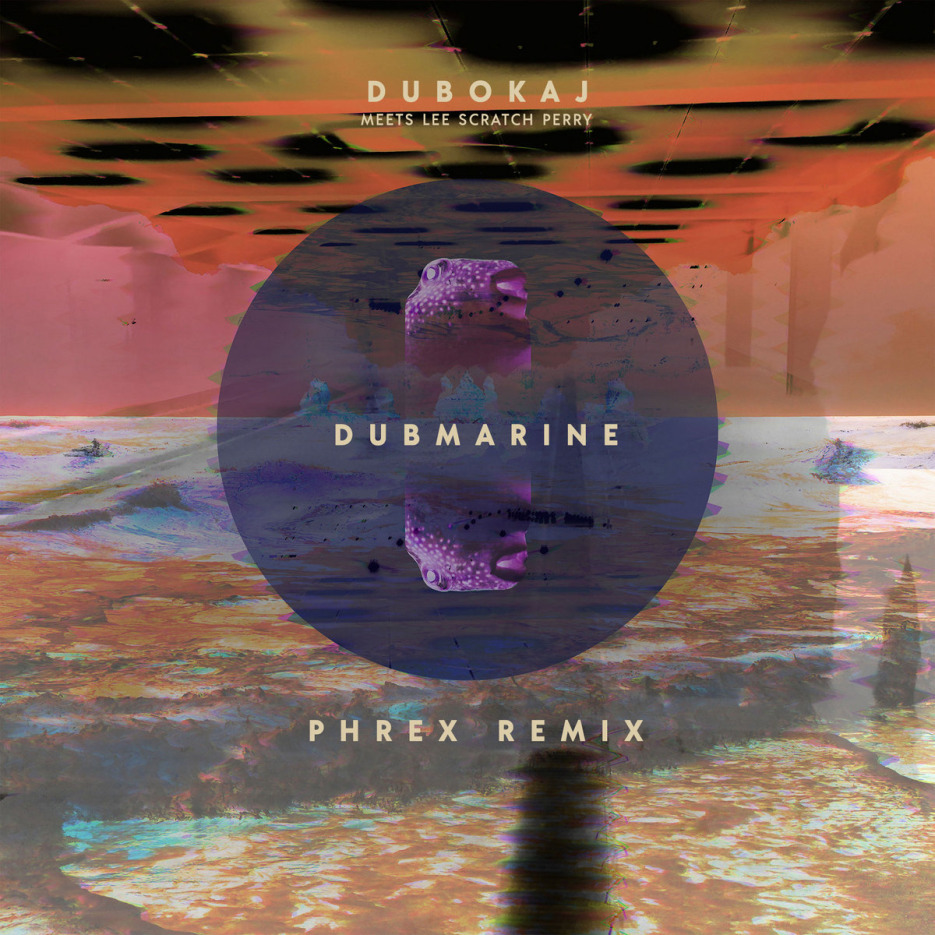 Dubmarine is about musical genesis, while Lee invokes Jamaican Reggae, Dubokaj hints at it with his own sonic arsenal referencing the music of this special Caribbean island. The song has the feel of a riddim, almost a stepper, but a chill ambient stepper, with splashes of synths almost like a duppy horns section. The sonar echoes drop deep under the Alpine Imaginary Sea, and boy what images comes to life: devils are closing in and the deep ocean darkness envelops.

phrex takes the original ambient vibe and doubles the riddim into a steppers rush of blood to the feet. The drums get more tribal and there is a hint to dub techno and that genres hypnotic qualities.

phrex is a DJ and producer from Switzerland always looking for bassbin-workouts, and has releases under many pseudonyms, but often finds a way to lock in a certain vibe that revolves around the hardcore continuum.

phrex is the founder and organizer of the dubtopia soundsystem sessions and record label. He is also involved with its younger sister klubtopia, pinpointing the recent tribes of house and techno with midilux where he curates an ambient & drone stage. phrex also works on Radio Bollwerk. The artist has been constantly releasing records under the name phrex since 2014 and also under the moniker Seduction since 2018, he contributes to the Bern scene and Switzerland’s dance music community.

phrex started off with dubstep then slowly morphed into an outlet for all sorts of bass-related music. There’s room for drone, but also pop edits with a twist. phrex’s background is the antiracist skinhead scene of early reggae, rocksteady, ska, and northern soul parties. Dubtopia is a soundsystem session with big speakers, lots of bass, vibes, dubplates, and a very conscious and diverse crowd. They combine the foundation: roots, dub, steppers and then modern, bass-centric music revolving around dubstep. Dubotopia brought to Switzerland legends such as Mala, VIVEK, Commodo, Dubkasm, Kahn, Sicaria Sound, Digital Steppaz Soundsystem and Pinch.

As a raver, dj and curator he‘s always all-in if the ideals fit, the soundsystem sits well and the vibe is right.

Swiss-based Mouthwatering Records in a partnership with Transylvanian-based The Sound of Art to Come platform and label proudly present Dubokaj & Lee Scratch Perry’s fifth remix off the Daydreamflix album – Dubmarine by phrex.