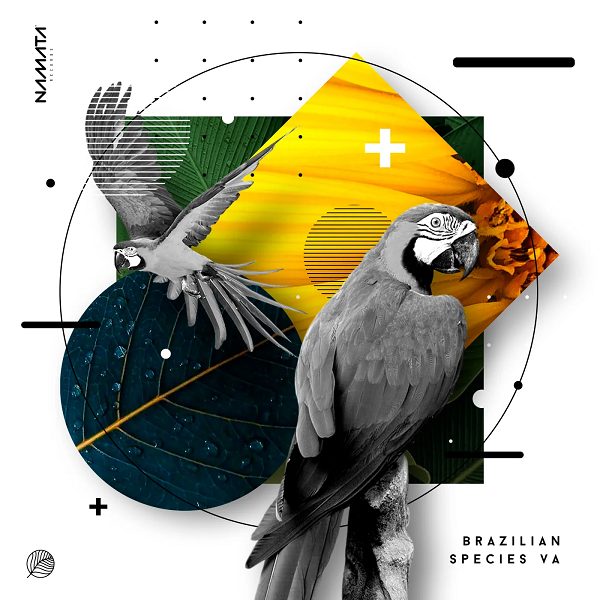 Brazil has long ceased to be known for simplistic stereotypes that superficially connect it to soccer and Carnival. The Latin American country of continental proportions is also a territory of immense cultural diversity and has been reaffirming itself as a prolific exporter of Minimal talents. With the arrival of summer in that region, the artistic and cultural activity becomes even more intense.

Amongst the many labels that promote the genre in Brazil there is Namata Records, which celebrated 2 years of existence last September and, for its final release of this year, has announced the VA “Brazilian Species“. Integrating nine artists who deliver their particular optics to Minimal beats, this project is visually represented by the macaw, a species of parrot specific to tropical forests.

Musically, the so-called “species” in this EP are the artists themselves, who explore some of the possible sonic facets of Minimal. There’s something for everyone: the techy grooves of Galib and Lin C; the classy House atmospheres of Hank Jay and Pedro Berger’s; and the deep and melodious ambiences found in DRINHO and Pedro Morillas. There are also two guests from neighbouring countries: Peru’s Alez collaborates with Brazil’s Biassus, and Argentina’s Marcos Aldinio shows percussive details between his grooves.

Listen to the tracks below and support them on Beatport.