Dan Andrei – soundtrack for a mural painted by Aeul in Bucharest 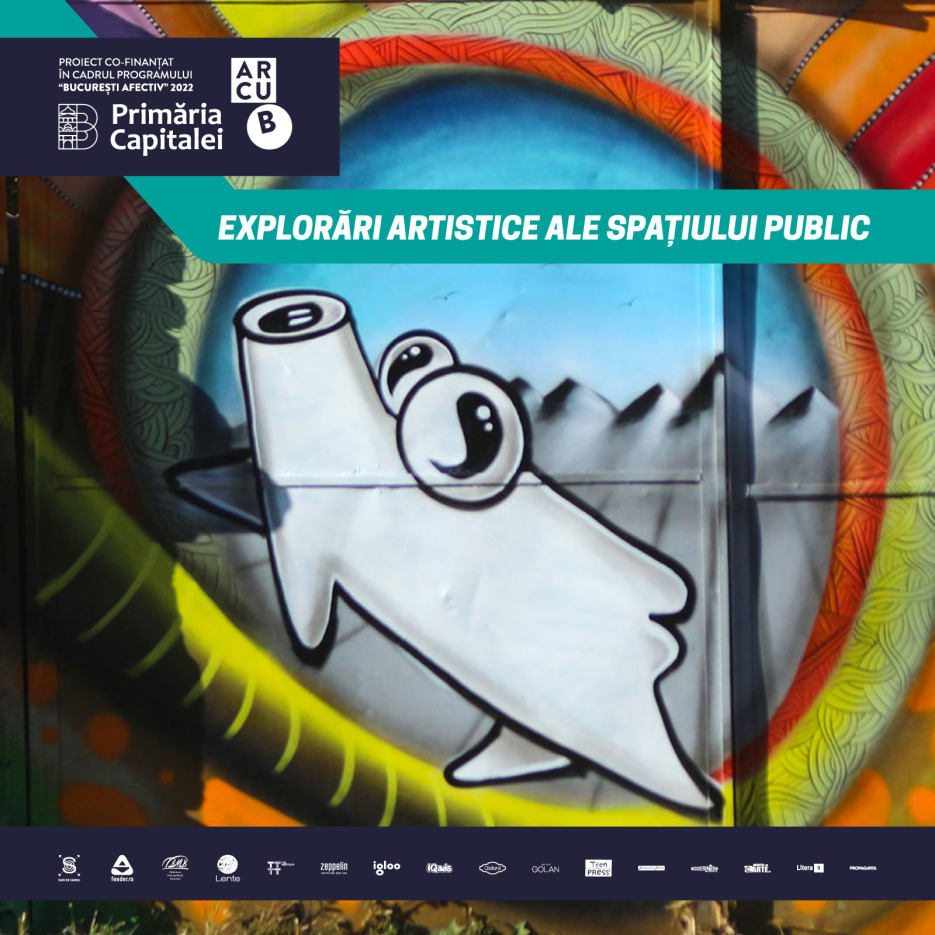 Marking another chapter in our “Explorări artistice ale spațiului public“ project, local producer Dan Andrei teams up with visual artist Aeul in order to deliver yet another amazing interdisciplinary composition that bonds electronic music with street art in an effort to regenerate the urban landscape through unique artistic interventions.

Brought forward through Save or Cancel and co-financed by Bucharest City Hall through ArCub within the “Affective Bucharest 2022” programme, the project aims to deliver a series of urban art workshops, guided tours, open calls, artistic interventions co-produced by two artists from different fields (visual art and music) and one exhibition, all with free access. All those activities propose to promote street art through the exploration of public spaces in Romania’s capital city neighbourhoods.

Well-known for his extended activity in both local and international electronic music scenes using various aliases, Dan Andrei [a:rpia:r, Amphia, Be Chosen, Cuplet] has often shown his versatility in music production and mixing, exploring various styles of minimal techno and microhouse, as well as downtempo and experimental.

Dive into our website and find out more about his collaboration with Kozo as AK41, insightful information on his independently released LP “Careful With That Polyend” and an in-depth look at his live performance alongside Serebe.

Mastered by Vlad Caia and dubbed “Madrepora”, the track was designed with trip-hop, IDM and breakbeat influences, revealing an immersive soundscape that fits perfectly with the imagery of taking a walk on the empty streets of Bucharest at night. This scenario has been envisioned and tested by Aeul who painted a large horizontal mural depicting his main piggy-dog character as part of a fantastic framed scenery that explores the concept of time and dimensions through various graphic styles.

You can find out more about Aeul from our feeder insider interview with him as well as from other articles focused on his work like this one here. Back in 2020, he joined Cr15tina‘s LIVE performance on our streaming series, bringing forward yet another manifestation of his visual character.

The content of this material does not necessarily represent the official position of Bucharest City Hall or ARCUB. For detailed information about the financing program, you can access www.arcub.ro.

About Save or Cancel
Since 2009, Save or Cancel has been a medium for communication and propagation of arts and culture, promoting and facilitating their role in contemporary society.

The multidisciplinary programs self-initiated by Save or Cancel aim to identify sustainable and adaptable opportunities for (re)valuing the existing through cultural and editorial projects.