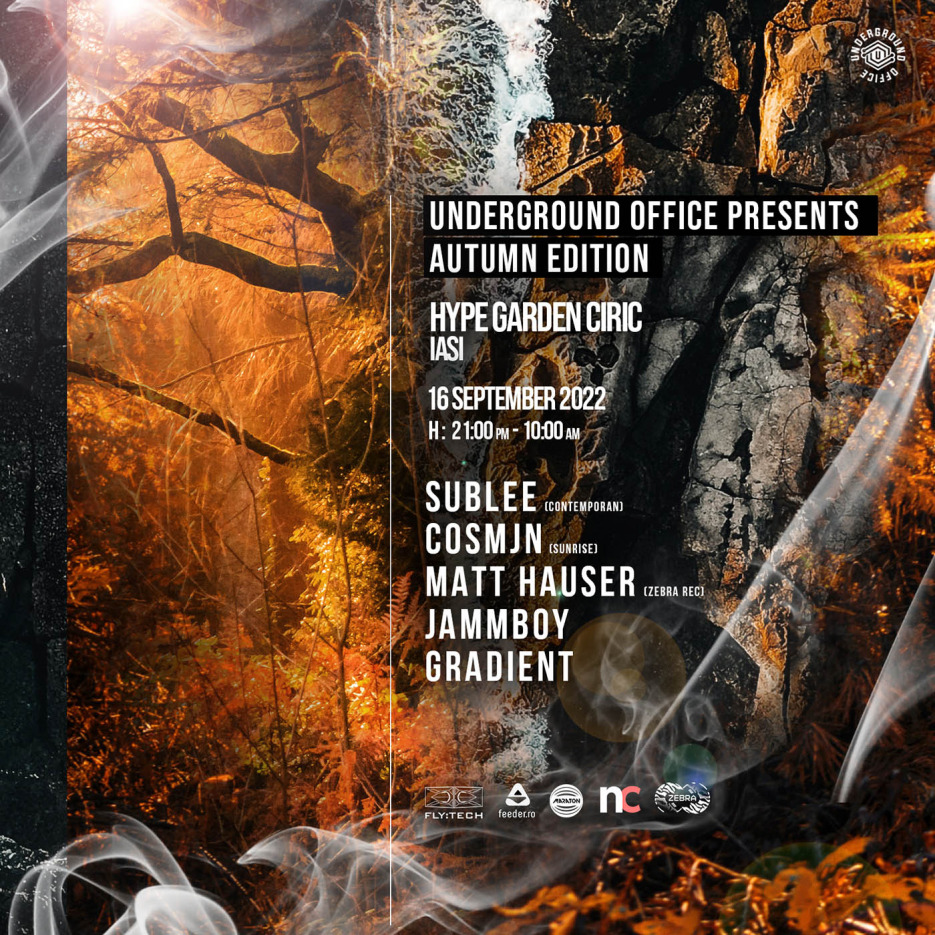 Following years of planning (not to mention an obsession with all things house and techno), the Underground Office crew will host their first party in Iasi, in their natural home of Romania. Helmed by party residents Matt Hauser and jammBoy, the first event promises to be a really special reunion, with some of the party’s closest friends in tow. Now living in London, Hauser recognises his native Romania as the root of his musical obsessions and has duly called on two of his country’s best DJ talents, Cosmjn and Sublee, to join him on 16th September at a very special outdoor location in a forest.

Although both Cosmjn and Sublee are regulars in Iasi, the debut Underground Office event marks the first time they’ve played in the city for some time and further emphasises the fact that this one is sure to be a real family affair and is not to be missed. Aside from the duo’s penchant for minimal sounds, the party will also veer towards more classic-sounding house and techno, with an accompanying Funktion-One soundsystem ensuring the music is played on a crisp and worthy platform.

Both Cosmjn and Sublee are well-known in their native Romania; Cosmjn thanks to credits on the likes of Atipic Records, Uvar, Fragil Musique and Subtil, and Sublee (aka Stefan Nicu) courtesy of regular gigs at Bucharest’s scene-defining Club Guesthouse. Joining them on the day is London-based Romanian Matt Hauser (who’s played at the likes of Egg London, Coqbull Soho, Red Dog Hoxton and alongside names such as Peter Pixzel from fabric and Greg Brockmann from Half Baked), Gradient (an Iasi native who’s quickly earning a name for himself as one of the city’s best up-and-coming DJs) and jammBoy, a real DJ’s DJ who’s at his best when the afterparty comes calling. This should be a special event for Iasi, with some of Romania’s best and most promising DJs on show.

Keep it up with Underground Office: https://linktr.ee/UndergroundOffice