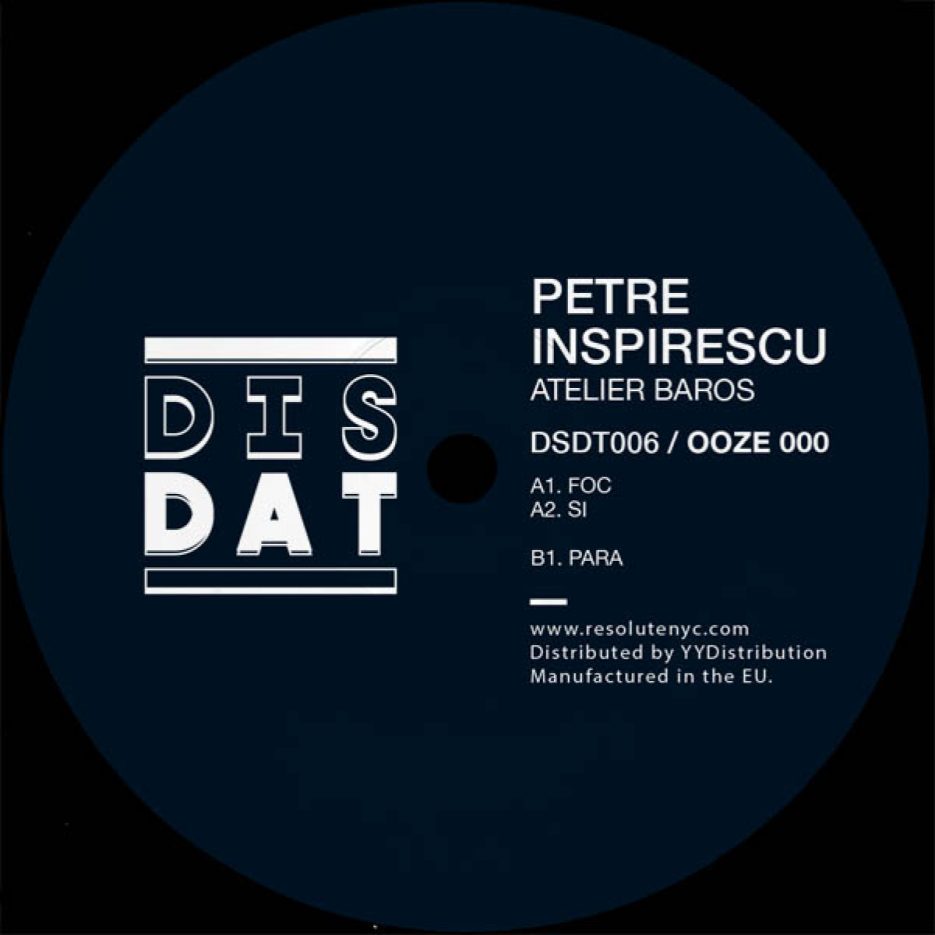 After recently announcing the repress for Andrew Weatherall tribute release, with Rhadoo and Ricardo Villalobos remixes, it’s time for another master to join the roster at DisDat with outstanding productions. Non-other than Romanian icon Petre Inspirescu unleashes his creativity with electronic music once again, delivering an intense three-tracker entitled “Atelier Baros” that has a mysterious message embedded into the track titles, hinting at what to be expected.

One of the pioneers of the Romanian minimal scene alongside Rhadoo and Raresh, or [a:rpia:r], Petre Inspirescu is definitely a heavyweight musician known all around the world for his amazing productions, DJ sets and live sessions. Throughout time he collaborated with many artists, worked on numerous projects and used various aliases here and there, in order to differentiate between genres or his focus on a specific one. Among some of the labels he published his works with, we find Mule Musiq, Cadenza, Amphia, Fabric, Naural, Lick My Deck and Moon Harbour Recordings.

“Foc Si Para” tell a story altogether, creating a carousel of moods for the senses as deep textures, engaging rhythms and carefully crafted effects that roll up into a hypnotising sound that will remain in the memory of many.

“Foc” opens Side A unleashing a twisted and steaming minimalistic composition designed with a subtle industrial influence, reverberated side percussion, dark tones and an entrancing feeling that’s being rendered from the very first second to the last. Following, “Si” reveals an ambient soundscape that’s meant to connect the other two tracks and it surely does so with its warm melodic vibe and meandering atmospheric pads. This organic and chilled journey leads the way back into fiery sounds, as “Para” drops another uptempo affair on Side B. The pulsating elements and the rave-ready drumming elegantly interlace with bright notes on the breakdowns, leaving behind an immersive combination. A must-have for selectors, collectors and electronic music enthusiasts alike!

“Para” has also bloomed into the inauguration of the Ooze label, which will serve as DisDat and ReSolute’s outlet for the techno-coloured side of the musical spectrum. Foc și pară, as the saying goes – it doesn’t take long to feel the flight of that raging fire connecting our age to how it all began.

Listen to the snippets and pre-order your copy of Atelier Baros EP from deejay.de or yoyaku.