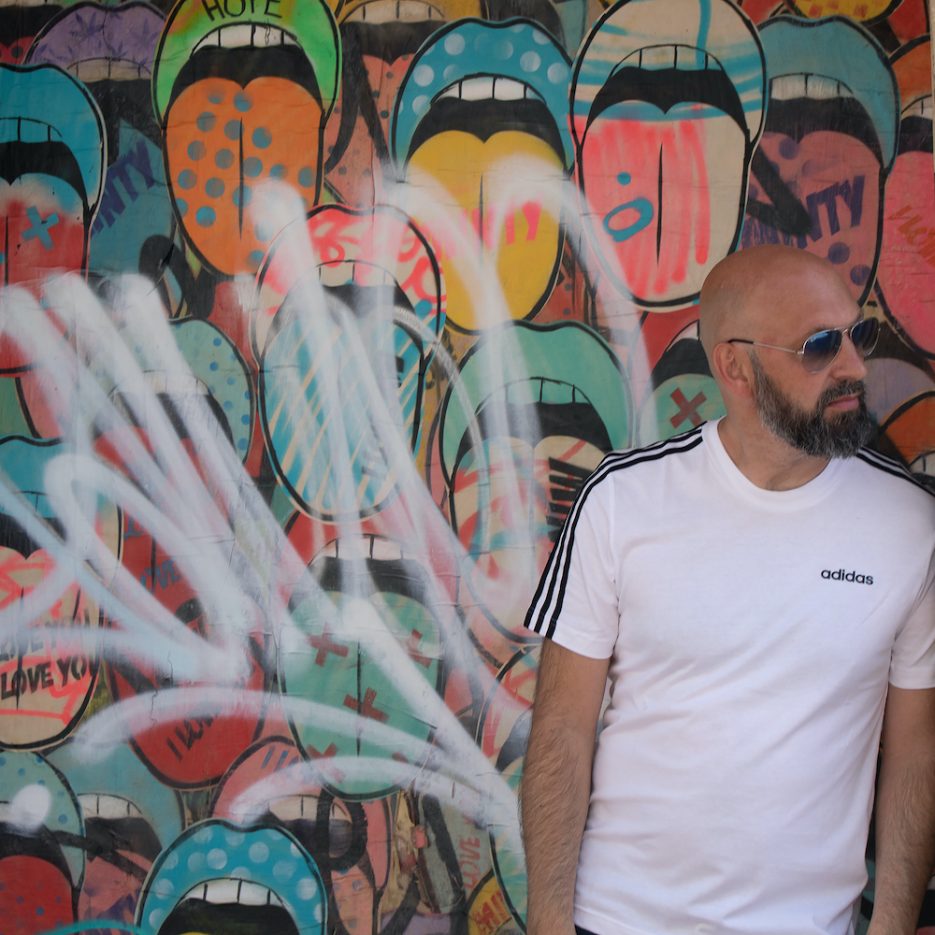 Congellous: Back in the day myself and a group of friends chipped in to buy some decks and we started running a few nights locally in, notably,  A little club in Bangor N.Wales, UK,  where Sasha had played and in a club in Caernarfon where Jamie Jones is from. Though he was probably in actual school then ! This progressed on to synths, percussion tape 4 tracks experimenting with production.

What was the first dance record you bought?

Congellous: Congress ‘40 Miles’ (I’ve still got it but it’s worn out)

What’s the story behind your artist name?

Congellous: Congellous was my late Fathers forename and there is one in every generation uniquely in our family. Someone has traced it to Saint Comgall an Irish saint but it’s unique and a homage to my Dad.

Who were your musical influences growing up and do they have an impact on your sound today?

Congellous: Yeah definitely, Darren Emerson, Andrew Weatherall and that early 90’s sound is what I’m trying to do a retro take on. I don’t think that sound is finished and a lot of today’s stuff is too cool and nuanced. I saw Maceo Plex in Pacha before Corona and the peek of his set was Born Slippy – go figure!

What was your first release?

What’s your favourite own release?

Congellous: Congellous ‘Insomnia’, on my own label, SOBA Records. It’s a Jackin’ Acid track with a rave tinge.

Congellous:The latest one – ‘Got To Prove’

You’ve just released ‘Got To Prove’ on SOBA Records, what can we expect to hear?

Congellous: I’ve got a double A-side in the wings which is going somewhere between Progressive and Melodic Techno.

It’s quite a different departure to your previous style, are you pursuing a more progressive route with your productions in general now?

Congellous: Yes, I think so, I saw Solomun at Destinio a few years back totally by surprise and he plays such a range in his set that when he gets to a driving progressive track everyone loses it, and that’s where I want my new stuff to fit in. I’m not really big room enough, but maybe the foyer between the rooms!

So you have been on the scene for a couple of decades, but took a break for a while. What fuelled your decision to get back to making music?

Congellous: I was always producing, but I got involved with a band for a while with my mate playing keys

Who are your favourite producers at the moment?

Congellous: Solomun, Maceo Plex and then tracking down my favourites from their sets like that Mironas track ‘Adam’!

Any studio tips or advice for aspiring producers?

Congellous: Get an Mpc as it’s a very intuitive writing process for rhythmic production. It’s more of a control center than just inputting with a mouse and keyboard

Congellous: I’ve been working on some audio visual projects with Unreal Engine and VR and toying with some sound therapy ideas on Resonance. I’m also busy in the studio working on some new releases.

Congellous ‘Got To Prove’ will be released on Beatport promo on July 15th / Full release July 29th 2022 on SOBA Records.