Sónar and ME by Meliá present ‘Transient’ by Davide Quayola, an large-scale audiovisual installation open to the public in the hotel ME Barcelona 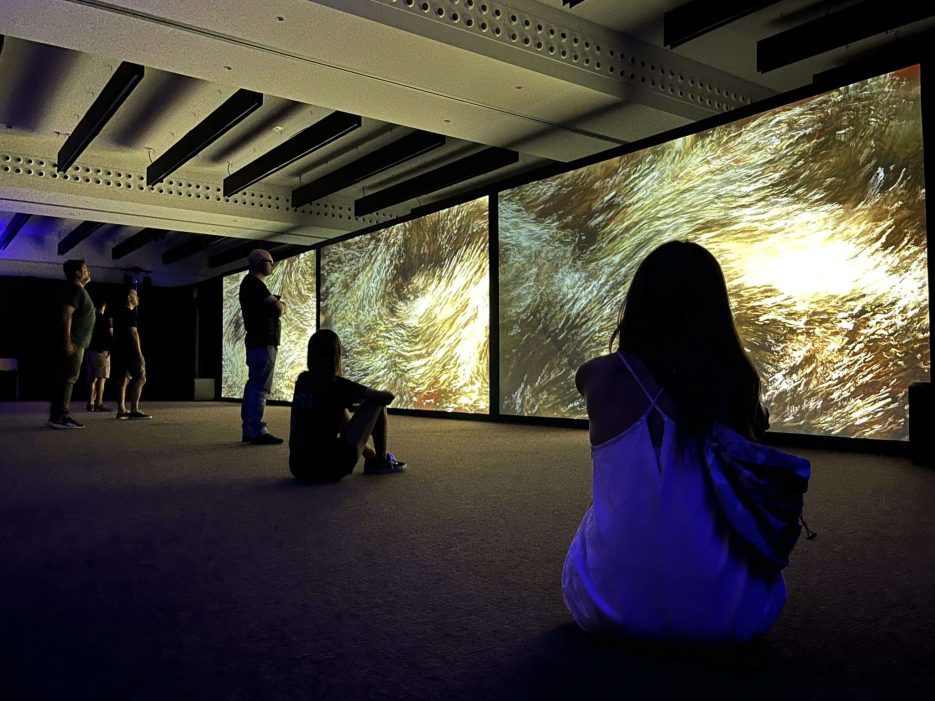 In addition to this installation, which can be visited free of charge, Quayola will also appear twice at Sónar by Day.

The Italian digital artist will perform, together with music producer Seta, an audiovisual show featuring two pianos on the SonarComplex stage. He’ll also deliver a multimedia talk ‘Gazing Machines’, where he’ll showcase his recent research on Artificial Intelligence on the seven screens of the new Stage+D.

Sónar and ME by Meliá have joined forces to bring ‘Transient’ to Spain for the first time, a project at the forefront of audiovisual experimentation developed by prestigious Italian digital artist Quayola.

‘Transient’ can be visited free of charge daily from 12:00h to 22:00h from Wednesday 15th to Saturday 18th June at the recently inaugurated Hotel ME Barcelona (C/ Casp, 1-13) in the city centre.

In addition, ‘Transient’, appearing for the first time in Spain, will also be performed as a hi-tech immersive show by duo Quayola/Seta on Friday at SonarComplex, as part of the Sónar by Day programme.

This show features two grand pianos and a spectacular digital canvas that will immerse the audience in self-generative visual projections, for an atmospheric scenographic experience.

The show and installation are accompanied by a spectacular audiovisual lecture, which will use the seven screens of the new Stage+D to unpack Quayola’s artistic work in the field of Artificial Intelligence.

This installation is part of SonarExtra, a route through the centre of Barcelona  proposed by Sónar during the week of the festival. It covers three sound installations – at the Palau Güell, the Fundació Antoni Tàpies and the Hotel ME Barcelona itself – as well as a series of audiovisual presentations at the CCCB as part of ISEA2022 Barcelona.

‘Transient’, presented by ME by Meliá, performed for the first time in Spain

Quayola – ‘Transient’, presented by ME by Meliá, is a collaborative project between prestigious artist and multimedia researcher Davide Quayola and sound artist and musical explorer Andrea Santicchia, known as Seta. This is the first stage of a collaboration between two Italian artists who are at the forefront of audiovisual experimentation.

Quayola, an internationally renowned visual artist, uses the most sophisticated technologies to explore the tensions and balance between seemingly opposing forces: real and artificial, figurative and abstract, classical and modern.

For his part, music producer Seta analyses the contrasts between synthetic and organic. He  breaks his raw elements into data, only to then unify them as new patterns using hybrid technology.

Multimedia audiovisual installation ‘Transient’, open to the public in Hotel ME Barcelona

‘Transient’, presented by ME by Meliá, Transient’, will be exhibited in the form of an immersive audiovisual installation at the recently inaugurated Hotel ME Barcelona. Where classical minimalism and impressionism converge with experimental electronic music and techno.

The installation can be visited from today, Wednesday 15 June, until Saturday 18 June.

This is the first time that ‘Transient’, presented by ME by Meliá,  will be presented in a multi-channel format, with three large screens  – especially prepared for the occasion – projecting Quayola’s visual work simultaneously. Both sound and images have been generated over the last two years in Quayola’s studio in Rome and are intended to be played as infinite loops, allowing the public to explore the space as they choose.

In parallel, Quayola will appear twice at Sónar by Day.

The performance of ‘Transient’, presented by ME by Meliá, will take place in SonarComplex on Friday 17th June at 8.30pm. It’s part of the program of Sónar+D and will be exclusively accessible to festival ticket holders.

Together on stage, Quayola and Seta will create an atmospheric scenographic experience for a technologically enhanced show, featuring two grand pianos and a spectacular canvas that will immerse the audience in self-generating visuals. The artists will improvise using algorithms in real team, using machines to play the pianos’ keyboards and to animate the canvas with abstract naturalistic compositions.

The day before, on Thursday 16th June, at 1.30pm, Quayola will deliver a spectacular 30 minute conference on the new Stage+D, entitled ‘Gazing Machines’. Stage+D. In it, he will explain his work with Artificial Intelligence making use of the seven screens of this new Sónar by Day venue.

SonarExtra is an itinerary offered by Sónar during the week of the festival, a route that takes in through three sonic interventions in the heart of Barcelona. In addition to ‘Transient’ at Hotel ME Barcelona, the public will be able visit Palau Güell, where they’ll hear – for the first time in Spain – a hyperorgan, courtesy of a co-creation project between Berlin-based musicians gamut inc., Santi Vilanova (Playmodes), and organist Albery Blancafort (Blancafort OM). They’ll also be able to visit Fundació Antoni Tàpies, which hosts the sound installation Sondear by Mika Vainio, as well as the listening room ‘Museo del Sonido’, in which music by the late Finnish artist will be played.

1 thought on “Sónar and ME by Meliá present ‘Transient’ by Davide Quayola, an large-scale audiovisual installation open to the public in the hotel ME Barcelona”