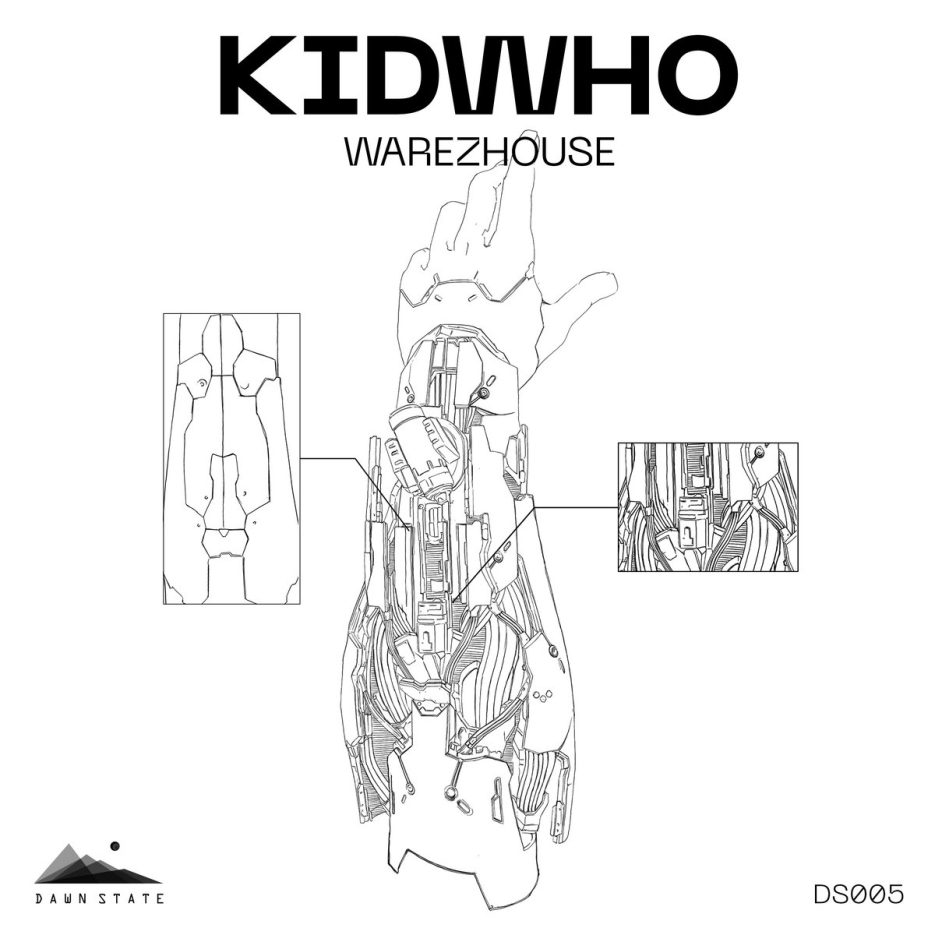 Kidwho turns out the fifth release on UK based Dawn State

UK label Dawn State continue their hot streak this summer with further eclectic moods for the dance floor and beyond. On the tools for the fifth outing on the label is KIDWHO, a blossoming talent who through the last years whilst enduring the pandemic found light by burying himself in his studio and experiencing new creative flows. The “Warez House” EP varies in taste, similar to the highs and lows of the times that just passed us by.

Diving into the deep end is the title track, “Warez House”, loopy and hypnotic, swaying between shades of low end leaned house and techno. Off-kilter synths and pads manoeuvre their way around the driving force of the track.

Pre-order your copy on Bandcamp

“It came together layer by layer, eventually turning into a dense (and at times, unruly!) groove. A final touch of atmospherics from an old Roland ROMpler and the track was done – bar a generous helping hand in mixdown from Joel Kane (who also turned out a heads-down dub version which might make an appearance!).”

Leaning in a more hazy direction is the blissful cruiser, “Leploop Lagoon”, a deep and emotive vibe crafted especially for the early mornings. Sophisticated deep house energy from the talented producer.

“‘Leploop Lagoon’ is the oldest track on the EP, a cleaned-up version of a rough jam I made around four years back. It takes its name from the Leploop, a quirky semi-modular analogue groovebox of sorts, hand-built in Italy. A very unique and unpredictable machine, it’s on bass duties here as well as providing some percussion sounds via the MPC sampler.”

On the flip side lies “Spectral Pattern”, and it packs a certain punch. The rolling arrangement converses in harmony with icy hi-hats that flash in and out teasing the energy, all of the elements having space to breathe and work their magic.

“‘Spectral Pattern’ came together quickly one very productive weekend in the studio last year. It developed from the bass sequence, which comes from a Yamaha TG-33, an unassuming 80s digital synth known for its glassy mix of ROM samples and FM tones – very New Age sounding, or 90s computer game soundtracks. But when you strip it back to basics, it punches hard in the low-end.”

Slipping on to the B side is a five-minute transcendental trip, offering yet another series of textures to this otherworldly EP. The final track “At Least We Hav Music” is an ethereal soundscape waiting to be explored, wandering amongst ambient realms throughout.

“The label was keen to include an ambient track on the release, and I wanted to record something special for them. At first, I had in mind something droning and melancholic, but after a few experiments with cassette loops and reverb pedals, this was the one that stood out. It was recorded during one of the lockdowns, and I guess I needed to create something that sounded more hopeful than brooding. I messaged DS boss Tom Haus with a rough version, and we went on to have a grumble about the gloomy state of things, locked-down in our respective cities and missing friends, family, activities… At some point I wrote ‘at least we have music’ – and almost as soon as I had sent it I knew I had found the track’s title. I’m very lucky to have had my home studio as a refuge through the long months of lockdown, and I’m honoured to have the chance to share some of my output from this period on this record.”

KIDWHO fits the Dawn State ethos to a tee here as they set up shop for what looks to be another fantastic release.

“Each of these tracks came about in quite different ways. Like many creative people, I had moments of struggle during the pandemic, where the lack of variety and day-to-day stimulation lead to periods of writer’s block, and so I used those times to focus on smaller, more manageable projects such as making synth patches, recording sounds and throwing together short loops in my samplers for later use. A number of these short loops eventually laid the foundations for the title track ‘Warez House’.

Big thanks to Dawn State, Joel Kane, El Choop and everyone else who has helped make this happen.”

All tracks were written and produced by Louis Jacquet.
Mastering by Marco Pellegrino at Analogcut in Berlin
Lacquer cutting by Harvey Jones at Vinyl presents in London
Artwork by Ferdian G Maulana
DAWN STATE 2022®