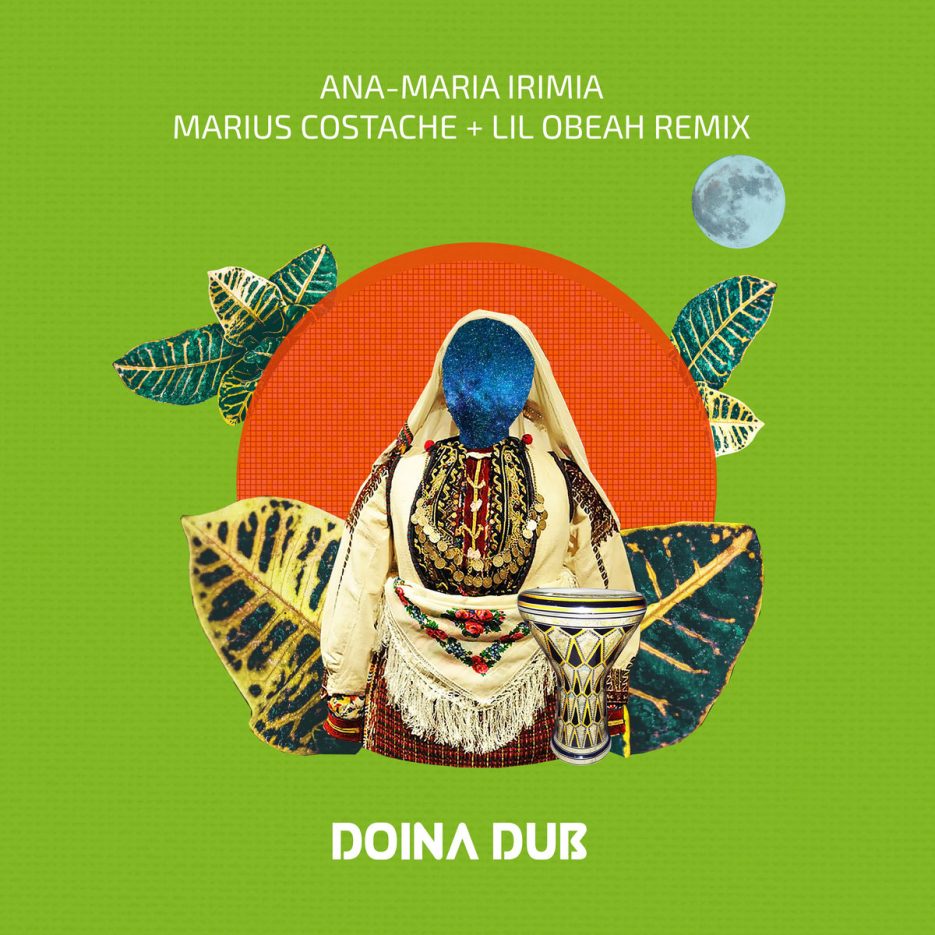 Are you ready to hear the Doina Dub remix? It’s like a reflection in a black mirror.

Ana-Maria Irimia is a multidisciplinary artist, having experience in theater, music, performance, multimedia projects, experimental film and video art. In the AFTERTASTE project, the artist aims to explore the fine lines between the languages she’s been exploring, bringing them closer, harmonizing them, melting them into an immersive experience.
AFTERTASTE – A synaesthetic, intimate, deeply light experience, like a summer rain.

“AFTERTASTE is the dream state that haunts me during the day, an eternal replay space in which the timelines intertwine, a mix of experiences inherited and lived again through breath, voice and song, captured and transformed, a set of possible integrative solutions for some of the deepest human soul conflicts.

I’ve always been inspired by the powerful archetypes in folklore music. That is why I chose the first episode of my AFTERTASTE multimedia concept to be dedicated to the folklore from Maria Tănase’s repertoire. The collaged themes are fear as plunder, longing, patience, misfortune in love, temptation, adultery, supreme pleasure, despair, death and hunger. I have translated these strong emotions into a multimedia installation in which the images and sounds of the rural Universe merge with those of the everyday urban world, normalizing the transformation processes and leaving room for them to exist and coexist.”

The original song, Doina din Dolj, played by Maria Tanase and first recorded in 1956, tells the story of a young woman that feels trapped into a marriage that she was pushed into, against her real desires. The money, the power and the statute of the ugliest, but richest man in the village, convinces her mother to give her to him. So in order to survive herself, she is singing all day long about how unhappy she feels, keeping her own truth alive, not giving up into resignation, dreaming about an alternate reality where she could live happily with another man, handsome, poor but abundant in love. The power of the song, of her voice, of her whispers and her words are consistently shaking the reality, provoking the tragedy of his own suicide.

This curse is the expression of generations of women who were trying to overcome their social condition as a trade object. The condemnation of this wife to unhappiness, where real connection and passion don’t exist, results in a karmic reaction for the one that trapped her.

“In the AFTERTASTE version I used a simple beat and effects, in order to accentuate the suspense of the story with my voice. Doina Dub is more than a remix to my remix, it’s an arrangement, where Lil Obeah and Marius Costache, completed the atmosphere very well, so you can feel the wind and have time to explore the details and the sonic garden. ”

“We clearly need more independent women into art and music and especially the dub reggae niche. Working with the ambitious Ana-Maria Irimia is a blessing and her ethereal soulful voice challenges the sound of dub and folklore. Together with Marius Costache of Studio148 we remixed her Maria T soul-tearing version into a brand new disintegrating wailing and weeping dub. As an artist who sampled Forest of the Hanged in the past I took the challenge to bring this thriller ballad into the Sound of Art to Come Universe.”

Doina Dub is an enchantment, a ritual, a dance, a whisper, an odyssey.