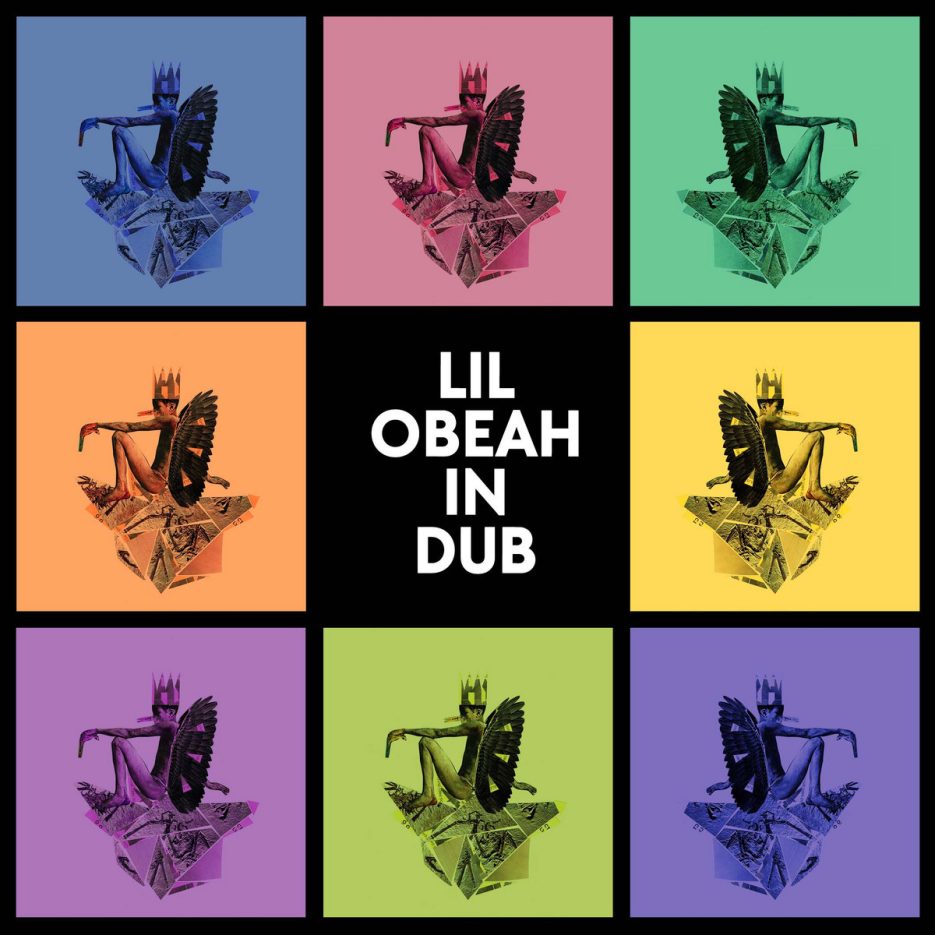 Obeah proudly presents his second album, Lil Obeah in Dub, a collaboration with veteran professionals in the music business, Marius Costache of Studio148, Count Dubulah aka Dub Colossus, Tim Whelan & Hamid Mantu aka Transglobal Underground, Horseman, and Marian Șerban. The brand new album features 11 instrumental dub songs envisioned as a horror film soundtrack from both communist folk Romania and eighties Jamaica. Take a ride into another dimension: The Shape of Dub to Come! This is a Transylvanian duppy dub transmission from the heart of Romania.

On the Lil Obeah in Dub album, artists and musicians from Great Britain and Romania act like pieces in a sonic collage, the drums and percussions of Horseman aka Winston Williams, the production, electric bass, guitar and synths of Nick Page aka Count Dubulah, the production, keys, drums and sounds of Hamid Mantu & Tim Whelan, the main duo from the Transglobal Undeground collective, the santur of Marian Șerban Fieraru from the Corina Sîrghi & Jean Americanu’ Tarafs, the piano of Adi Stoenescu and the electric bass of Laura Benedek from Jam Circle, the trumpet and guitar of Cătălin Lungu, the theremin of Leon Lotoțchi, the electric bass of Michael Acker, the flute of Alexandru Arcuș and the electric bass of Mihai Moldoveanu and last, but not least, the collages of artist Cristiana Bucureci all fall into place creating a musical jigsaw.

If the concept of the album is developed around dub music the other influences range from classic horror movies to Romanian folklore and folk produced and promoted before ’89 by the Electrecord label. Obeah considers Dub music sound art and aims to create a forever authentic Romanian horror film soundtrack with his songs and remixes.

The first single of the Lil Obeah in Dub album is the Urma Versions release:

“For me dub music is an artform and King Tubby is Pablo Picasso, Lee Scratch Perry is Salvador Dalí and Nick Page aka Dub Colossus, was Alexander Calder. Nick would carve dub out of Ethiojazz and world/ global music sounds like no other producer out there. His instigators were Jamaican legends Joe Gibbs and Niney the Observer and I owe him my debut and this album. His was the vision for the future.”

Dub Colossus was a musical project, the vision of Count Dubulah aka Nick Page. The composer, guitarist, bass player, producer and programmer worked with a long list of notable artists and eccentrics. In 1990 he formed Transglobal Underground with Tim Whelan and Hamilton Lee aka Hammid Man-Tu, with whom he produced-wrote-played six albums before leaving in 1997 to form Temple of Sound with Neil Sparkes. After Temple of Sound, Nick then decided to concentrate on his favorite alter ego, Dub Colossus. Dubulah first travelled to the Ethiopian capital of Addis Ababa in 2006 to collaborate with musicians and explore traditional Azmari styles, 60s Ethiopian pop, Ethiojazz, and 70s Jamaican dub reggae. Once there, he came across some amazingly talented artists. Dub Colossus may have started out as a studio-based project, but they proved to be a rousing live band, known to transport audiences to the pounding dancehalls of Addis Ababa with their intriguing and exuberant mix of traditional Ethiopian sounds, sturdy reggae rhythms and a modern dub twist.

“Transglobal Underground gave a socio-political depth to my music. Tim and Hami have given my songs and versions a DNA strain that offers context and meaning in the Eastern EU landscape. Without their knowledge of the area and inventiveness, these songs would have lacked a special Balkan dark poetry spiced with amazing undead bass and explosions of cumbia, Italian and French folk plus superb plunderphonics.”

Tim Whelan and Hamid Mantu are composers, producers and multi-instrumentists in the notorious global fusion electronica anarchy London-based collective, Transglobal Underground. The music collective is specialized in a fusion of western, Asian and African music styles and since 1991 they have been releasing a glorious selection of beats, dub, dancehall, acid house, drum ‘n’ bass, oriental fusion, bhangra, funk and hip-hop. The group featured Natacha Atlas as lead singer and their music was championed by John Peel. Formed by Hamid Mantu, Count Dubulah and Tim Whelan in 1990, the band expanded into a collective of musical collaborators creating eclectic journeys with each album released. Tim Whelan and Hamid Mantu are hailing from West London and were also previously members of British 80’s band Furniture and had played with the experimental psychedelic art-punk group the Transmitters. While with Furniture, both musicians began bringing in more culturally-diverse instrumentation to the conventional rock band format. Their connection with Romania and Transylvania was forged in the Ceaucescu era, as they toured the communist country in 1988 and performed in major cities such as Cluj, Brașov and Bucharest.

“Marius is the reason the Sound of Art to Come label persists. Without him as a musical partner, our one release per month challenge would have been an impossible dream. This collaboration with Marius is a match made in Heaven as I highly respect him as a music artist, I love to spin his records and enjoy his humor. We are clearly on the same wavelength in this cursed Romanian music industry and if it wasn’t for his sonic ethics our output, songs and versions would have not reached the level they exist at.”

Marius Costache is a music artist, studio engineer and Bucharest-based music producer. His passion regarding sound transcends the modern thin line of musical genre and steps into the world where sonic laws are meant to be just an example, not a path. He is Discordless, performs with Environments and Febra and from his Studio148 has produced, mixed and mastered ambient music, electronic, hip-hop, post-rock, noise, folk, classical, jazz, post-hardcore and Balinese sounds for bands like Goran Bregovic with Florin Salam, Mytrip aka Angel Simitchiev, Valerinne, Cyberian, White Walls, The Boy Who Cried Wolf, EMIL, COMA and labels like his own 148, dunk!records and our Bulgarian neighbors AMEK.

1 thought on “Lil Obeah in Dub, the Transylvanian-Jamaican connection”