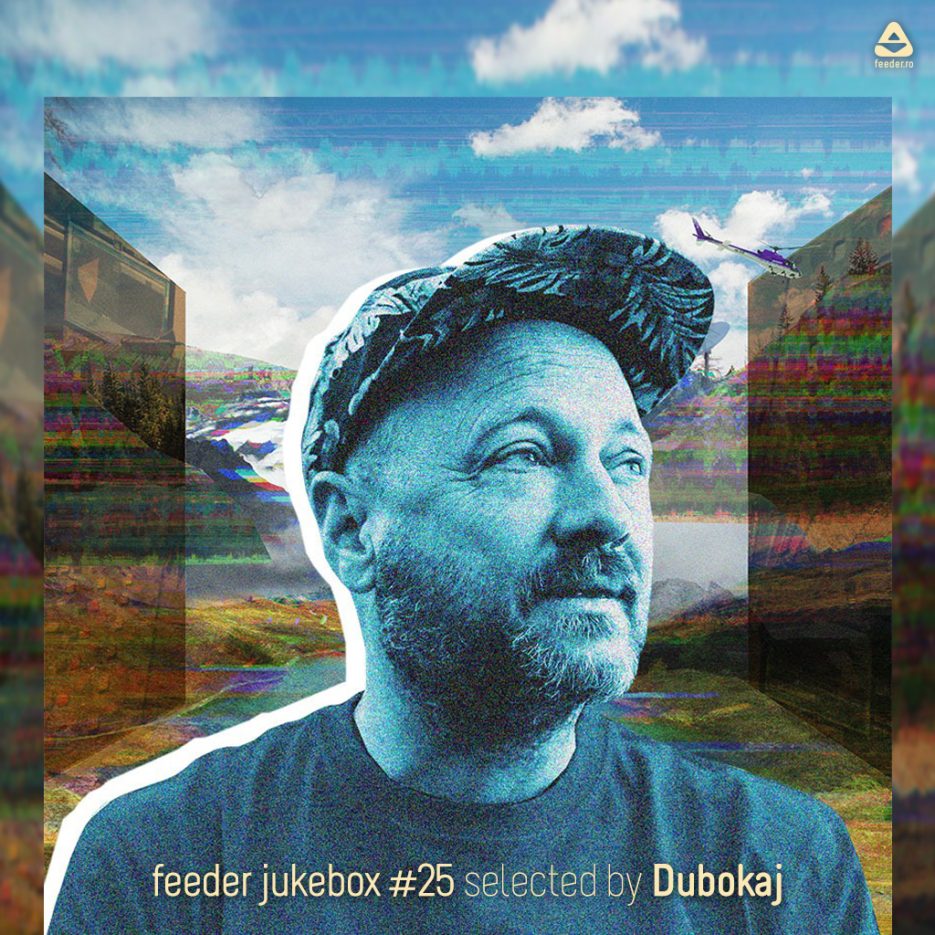 Daniel Jakob aka Dubokaj has a background of some very healthy musical inspirations, both classic and modern modulations of dub grooves. From the likes of Lee Scratch Perry’s “Revolution Dub” and “Return Of The Super Ape”, King Tubby Meets The Upsetters “At The Grassroots of Dub”, Augustus Pablo and Scientist Meets “The Space Invaders” to Rhythm & Sound, Burial, The Bug, Deadbeat and Disrupt, all the way to abstract contemporary artists and labels like Equiknoxx, Seekers International and Bokeh Versions.

After devouring albums like Félix Blume’s Fog Horns and conceptual books like Unsound: Undead and Michael E. Veal’s Dub: Soundscapes and Shattered Songs in Jamaican Reggae, in 2016, Dubokaj started experimenting with his own environmental sound that he called Alpine Dub, a mix of synthesizer music, field recordings and natural sounds translated into electronic dub.

The Daydreamflix project is pure technological sound magic captured in the Swiss Mountains, a session recorded a couple of years back at Lee Scratch Perry and Mireille Perry’s house where Pipecock Jacksons Secret Laboratory was located. What could have been a musical dialogue between generations of dub producers was turned into a 3D Paradise Portal between Switzerland and Jamaica.

Mouthwatering Records is a Switzerland based independent label, publishing, management and artist development company releasing a variety of styles, from hip hop to dub house, from breakbeat to soul-jazz, with at least one foot on the dancefloor. At the forefront of this venture, we find Andreas Ryser and Daniel Jakob.

The Sound of Art to Come Records is a Transylvanian-based platform and record label, home of dub, electronic and experimental music outcasts. From deep within the heart of the Carpathian Mountains, the project delivers intriguing new horizons, when we come to talk about dub. The label curates, collages and remixes dubplates, as well as exclusive riddims inspired by film soundtracks, personal adventures and wicked visions.

feeder jukebox #25 selected by Dubokaj drops a solid dub-infused and soundsystem-friendly selection that features exquisite cuts, rare gems and carefully selected personal works. From deep dives into dubby rhythms and textures to rock-steady, reggae grooves and broken beats, the set has all it takes for you to slide and swing. Adjust the volume of your speakers and enjoy the ride!