Getting To Know.. AndThen 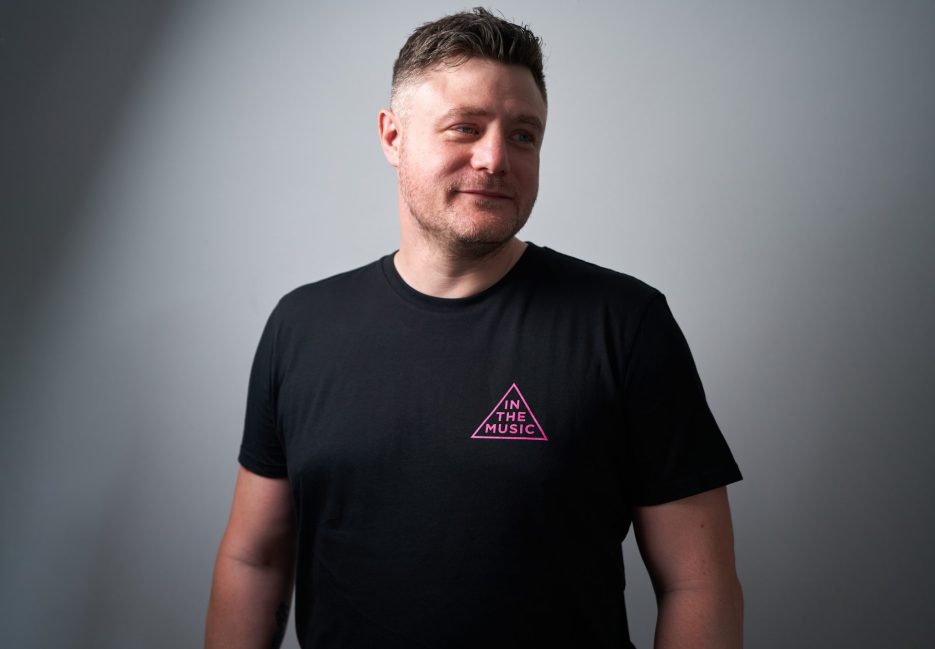 Getting To Know.. AndThen

AndThen: I used to muck around with early loop-based packages such as ‘ejay; then started using reason whilst at University and got hooked. I’ve been Djing since I was 14, so it was a natural progression to start making my own music.

AndThen: For once it’s a cool one. It was the jungle track Origin Unknown ‘Valley Of The Shadows’ (Long Dark Tunnel One)

f: What’s the story behind your artist’s name?

AndThen: I’ve had a few artist names such as Lenny Barton, but when I relaunched my music career and was making a new sound I needed a new name. AndThen comes from my kids that don’t stop talking they always say “and then, and then”, plus there is the meaning ‘and then what next’, as I started a new musical journey

f: Who were your musical influences growing up and do they have an impact on your sound today?

AndThen: I have always had a wide range of musical tastes growing up. Partly due to my family always listening to music. So Luther Van Dros, Motown, to things like Guns N Roses. Electronic music-wise, I have always been into quite drummy music, so love the old Danny Tenaglia and Steve Lawler stuff. There is definitely an old tribal house influence in my music today. I have always loved Yousef, Nic Fancuilli and Carl Cox as DJs and producers though.

AndThen: My first actual release, I had a physical CD release signed to a Welsh record label years ago, which was a downtempo track, however one of my actual first tracks as AndThen was ‘Watching You’ with Jess Kidd.

AndThen: That’s a good question, as I tend to have the mantra if it takes too long. bin it! Most people that make music will know that if a track isn’t flowing then maybe it’s not right. I used to rush tracks to get them finish and now I just shelf them if they aren’t working and come back to them. I must say though the track I released first on Yousef’s Circus Recordings took a while, the bassline and percussion elements took time to get right.

f: You’ve got a string of new releases out at now, including your ‘Watch What EP’ on Cubism and your hot new single with Jess Kid, ‘After Dark’ on Traded Music. What can we expect to hear?

AndThen: Yes, I have a busy release schedule over the next few months its exciting.

‘After Dark’ is about those people we all know that are nocturnal and only come out when it’s party time. There is a cool drummy bassline, a squidgy synth and of course Jess’ really cool vocals.

‘Watch What’ on Saytek’s Cubism label has three tracks on it which I am really proud of. The title track has a Garage vibe to it, but with my usual percussive elements. ‘Come With Me’ is the next track which has catchy synth and breakdown, and ‘Together Again’ has some hypnotic chords all the way through.

f: How did you link up with Jess and will you be working together again in the future?

AndThen: We met online via a mutual friend. I sent her a track I was working on with no expectations and she sent back some amazing vocals which slotted straight in. That track went out on Data Transmission’s label and did pretty well. Jess is also a DJ/Producer and we have similar tastes so we work really well together. She is also super nice which helps!  So when I was making this track I automatically thought of Jess and After Dark was born. Yes I am sure we will work together soon.

f: Who else would you most love to remix or collaborate with?

AndThen: So Maine is a definite, as I love her style and music. Jasons is a very talented producer and engineer and his music is amazing.  James Organ is a talented producer and he maybe doing something with me soon (fingers crossed). One of my aims was to remix Saytek, which I did last year. The track was called ‘Lessons In Dub’, he is a special live act and producer. I would also love to remix some of the older artists I used to love such as Peace Division.

f: So you have been on the scene for a couple of decades, but took a break for a while. What fuelled your decision to get back to making music in 2020 and how are you finding the industry now compared to before?

AndThen: I took a break mainly due to the day job and having a young family. I also didn’t really take it that seriously production wise, so didn’t invest in improving or developing relationships with labels. I then began to miss it loads and went to Ibiza again and got the buzz back, so I dusted off my old gear got some new stuff and scratched up on my production skills. I also clicked that the business side of things I learnt at Uni and in my day job actually applied in music… It only took 15 years to work that out. Then lockdown happened, which for me meant less traveling and more time to produce music and educate myself on the social media side of things. I started working at Mixmasters, which helped with connections and music production techniques, and worked with Grahame Farmer at Data Transmission, who helped coach me around all the social media side of things, which wasn’t around as much when I first started out. So that would be the biggest change – the social media take over, plus the reduction of physical sales into streaming services. That in itself is another whole interview!

f: You also released tracks other labels including Adesso, Circus Recordings, Shapeshift Records, Traded, among others. Have you got a particular favourite?

AndThen: That’s like picking a favourite child! My first track on Circus, ‘Changes’, I really love and still play now, That’s maybe as I took so long on it and then to have it signed to Circus was cool. I obviously love the new track ‘After Dark’ with Jess as it’s got her great haunting vocal on, and there is also one coming up on Adesso (Junior Jack’s label) which I really love which is a proper groover! Sorry, I couldn’t choose just one.

f: Who else would you most love to remix or collaborate with?

AndThen: So Maine is a definite, as I love her style and music. Jasons is a very talented producer and engineer and his music is amazing. James Organ is a talented producer and he maybe doing something with me soon (fingers crossed). One of my aims was to remix Saytek, which I did last year, he is a special live act and producer. I would also love to remix some of the older artists I used to love such as Peace Division.

f: What can we expect to hear in a typical AndThen DJ set?

AndThen: It really depends on the vibe and atmosphere and time of the evening really. I warmed up for Mike Dunn the other week. so there was no way I could bang out tribal infused tech house! However, all my music has percussive grooves and with catchy vocal hooks. So anything from House to Techno but with a percussive groove.

f: Any tips or advice for aspiring DJ’s and producers looking to break through on the scene?

AndThen: I am still breaking through 20 years later so maybe they can let me know. lol. I think the main one is persistence and don’t see a “No” as failure. I have a whole hard drive of rejected music. It’s just part of the process. Failure is just part of the growing process. Its only failure if you stop (or take an 8 year break like me).

f: What else are you working on that you can tell us about?

AndThen: So I am excited about this track with Jess and hopefully we can do more stuff together soon. I have a track out soon on Junior Jack’s Adesso label, my first track out on Johan S’ label Subtractive and I have another 2 coming out this year on Circus.

AndThen Ft Jess Kidd ‘After Dark’ will be released on Traxsource promo May 6th / Full release May 20th 2022 on Traded Music: https://www.traxsource.com/track/9975756/after-dark-original-mix