Getting To Know… Maxine Scott 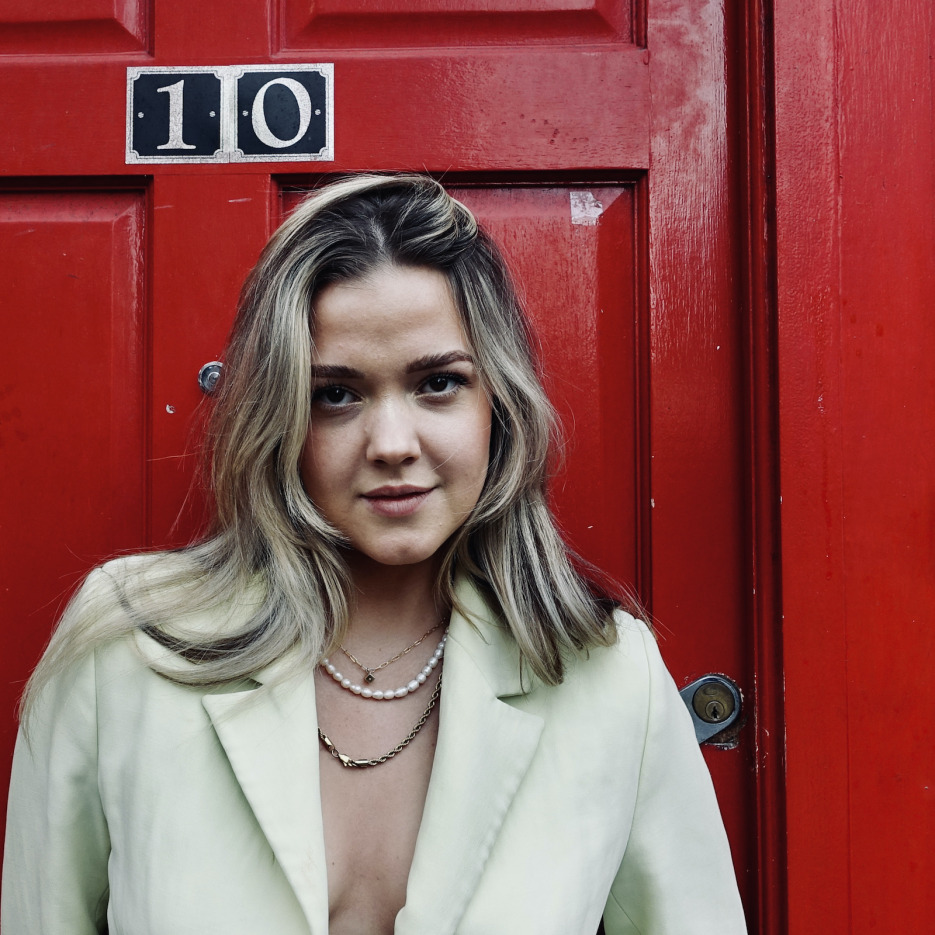 Getting To Know… Maxine Scott

Maxine Scott: Hi, I’m from Ramsgate in Kent in the UK. I know it’s so typical, but I’ve been doing music ever since I can remember. My Mum said I was singing melodies before talking. And I remember waking up the whole house by singing at 6am when I was about 4 yrs old. From then I just haven’t stopped it’s always been something I’ve done.

f: Who were your biggest musical influences growing up and do they play a part in your sound today?

Maxine Scott: When I was young, I listened to a lot of 90s R&B and Hip hop. I remember when I was about 8 my Dad playing me Eminem’s Curtain Call on CD in the car, I remember how emotional it made me as an 8yr old, I felt his pain and loved his story telling. I went through all my Dad’s CD’s as a kid and found Lauryn Hills ‘I Used To Love Him’ which is actually probably my favourite song of all time. I first listened to it and thought, shit this is the music I want to make. I loved Sarah Vaughan from a young age, but It was only recently whilst living in London that I really started appreciating that generation and genre of music. It’s definitely deeply influenced my vocal style and artistic approach.

f: You initially broke onto the scene providing vocals on ADR’s popular dance single, ‘Back To Dance’, are you going to be working together again in the future?

Maxine Scott: Ant (ADR UK) and I are actually really good friends, we met at Uni and I really think he’s going to be my friend for life. His work ethic inspires me so much and he always supports my musical achievements and losses. We work so well together. He’ll send me a track and I’ll stay up till 5am finishing it because our synergy just works. We’ve definitely got lots of things cooking.

f: Who else would you like to collaborate with?

Maxine Scott: Definitely Ezra Collective. I appreciate so many UK artists because they all slap and are such hard working individuals. You know the UK music scene right now is hot and it needs to be shouted about. Masego as well is an absolute don. So many people I’d love to collab with. I could go on for days! Haha.

f: You’ve just released your new solo single, ‘Erykah U Bad’, what’s it all about and how does it sound?

Maxine Scott: Long story short, it’s about lust and falling for a guy. It’s inspired by one of my all-time favourites, Erykah Badu, and the tune is an atmospheric hybrid of 90s R&B, Nu Jazz, and Neo soul.

f: The release also features remixes from North Street West, what did they bring to the table?

Maxine Scott: OMG, they brought pure sauce. This Jazz gives me 007 Monaco harbour vibes. You need to hear it.

f: How do you go about writing your songs, who or what inspires you?

Maxine Scott: A lot of the time my inspiration comes from past experiences. I have to really be in the mood to write, but as soon as I hear that beat or melody the story just comes out of me. I love collaboration too and working with others during the writing process because I feel like a lot of the time it helps bring different perspectives, vocabulary and storytelling.

f: Which part of music do you enjoy the most, writing, recording or performing?

Maxine Scott: I love all three of them for different reasons. Writing and recording I love as a form of expression, and basically being able to pour my heart out in the comfort of my own home. But performing is where I really can come to life, and I really get into my soul when I’m performing, I truly love it.

f: Are you looking to make an album in the near future?

Maxine Scott: Hell yeah! I have some exciting projects on the way. And I don’t want to stop! You guys this isn’t the last time you’re going to hear of Maxine Scott.

f: Who are your top 5 vocalists at the moment?

Maxine Scott: More Jazz and Funk, but Hiatus Kaiyote are CRAZY. I love ‘Nakamarra’ its a BOP.

f: If you were to cover a song, what would it be and why?

Maxine Scott: ‘Nakammara’! Definitely, or something from their new album because they’re just so fun to sing. And I absolutely love singing with a full band. It’s a vibeeee.

f: You’re based in Ramsgate, UK, where are your favourite music haunts to hang out these days?

Maxine Scott: Ermmm, I have spent a little time in The Ramsgate Music Hall, so big up to them! But to be honest I’m usually in London more than anything! Elsewhere is also a great venue in Margate, and OMG, Dreamland for sure!

f: What has been your highlight of 2022 so far and what are you most looking forward to?

Maxine Scott: Legendary dance collab for Black Science Orchestra 30th Anniversary with the don, Ashley Beedle. Also, my EP launch which was absolutely the most amazing experience ever. I can’t wait to have many more gigs like that… It’s in my blood.

Maxine Scott: A dance track with Black Science Orchestra I’ve got a 3 track EP en route with North Street West remixes with up and coming producer/beat maker Alf.E. It’s very lo-fi and jazzy. A Deep House collab with producer, Andrew Sant based in Australia and coming out on house label, F*CLR this year. Another House outing with Edinburgh’s Digital Liquid, llus a ton of jazz collabs – more news on those soon.