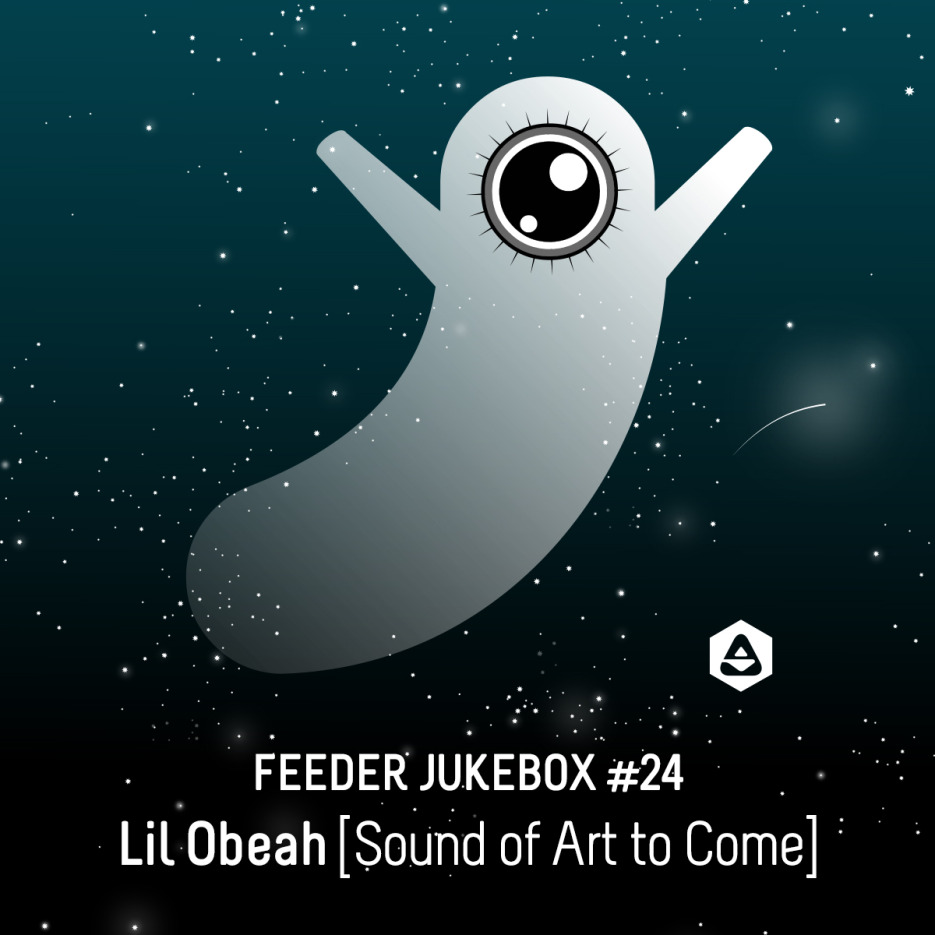 Seamlessly blending elements from the Jamaican reggae, dub and dancehall culture with world music and a distinctly dark Eastern European aesthetic, Lil Obeah from Transylvania has been at the forefront of Sound of Art to Come Records alongside artists like Winston Williams, Count Dubulah, Marian Șerban Fieraru, Adi Stoenescu, Laura Benedek, Marius Costache, Ana-Maria Irimia, Ana Ularu, Transglobal Underground, Dub Colossus, Dubmatix and Cristiana Bucureci, who’s also in charge of the artistic direction of the project. Her collages are the passport to a futuristic-decorative dimension, being made in mixed techniques, both digital and cut & paste.

Lil Obeah‘s roots are a very eclectic batch of bands and artists, including his own Crowd Control, The Shape of Moombhaton and Tunesinnaourheads projects. He is inspired by the strangest Romanian sounds, ranging from weird experimental authentic local dub to traditional reggae-dub with ska and folk-rock influences, as well as rare records released worldwide. His debut album is now available on vinyl in a limited number of copies up on Diggers Factory and we invite you to find out more about his productions on the DigitizArte platform and our website.

feeder jukebox #24 selected by Lil Obeah will definitely transport you into another sound dimension, where classic and modern aspects of dub, electronica and experimental takes on folklore and eerie themes smoothly blend into a truly hypnotic and immersive journey. From unreleased cuts to already showcased sounds, the mix has it all and elegantly spirals from one soundscape to another, constantly delivering energy and meaningful hidden messages.

Adjust the volume of your speakers and enjoy the ride! 🚀

feeder.ro: The unique fusion of Caribbean culture, Eastern European vibes and fresh experimental sounds that you bring forward seem to rapidly capture the imagination of many electronic music fans out there. How did you settle for this specific style and what stands at the roots of your inspiration?

Lil Obeah: I love dub music from all over the world, especially the smooth soundscapes and the way that the Caribbean sounds ignite electronic music. All I know is that Obeah is my artistic journey. King Tubby, Grace Jones, Lee Scratch Perry and Bad Brains are my classic inspirations. My modern heroes are The Bug, Adrian Sherwood, Dub Colossus, BaBa ZuLa and Transglobal Underground, as their rhythms and textures led to my concepts and aims. Meeting and working with Nick Count Dubulah aka Dub Colossus, Tim and Hami of Transglobal Underground as well as Marius Costache of Studio148 has enabled me to approach a diverse and local Balkan dub sonic palette. Obviously, santur and flute session players like Marian Serban and Alexandru Arcus helped a lot.

f: Tell us more about the production process. What kind of gear do you use and what’s your favourite of them all?

LO: Working with Marius Costache at Studio148 is bliss. I can come up with samples, concepts and connections with artists that know what buttons to push to make my dreams a reality. My favourite analogue tool is a spring reverb we used on some of the songs. But we mostly use digital filters, processors and dub effects. My favourites are Valhalla DSP Reverb and Delay, Audio Damage Dubstation and Roland’s Space Echo. I push those to the max with some secret ingredients.

f: DUB is DUB and it should definitely be heard on a large soundsystem assembly. When are we going to hear your first live sets and what are your plans for the next year, given the fact that war is at our borders?

LO: The thing with Lil Obeah and the Sound of Art to Come is that it is a growing brand. I already played here and there in collaboration with AM Speciality Coffee Gallery during Cristiana Bucureci’s exhibitions. So we have no specific plans regarding DJ sets. Right now we focus on our growing studio and cultural projects catalogue. New releases are coming up! This year we’ll deploy our monthly release challenge policy while working on some new videos to grow our YouTube community as we did on Bandcamp. We have upcoming releases set for springtime. A collaboration with Cluj’s Supersomnic Records is coming up as well so stay tuned. Chill and local. DUB = ART. The war in Ukraine must end!