Getting To Know… Mannix 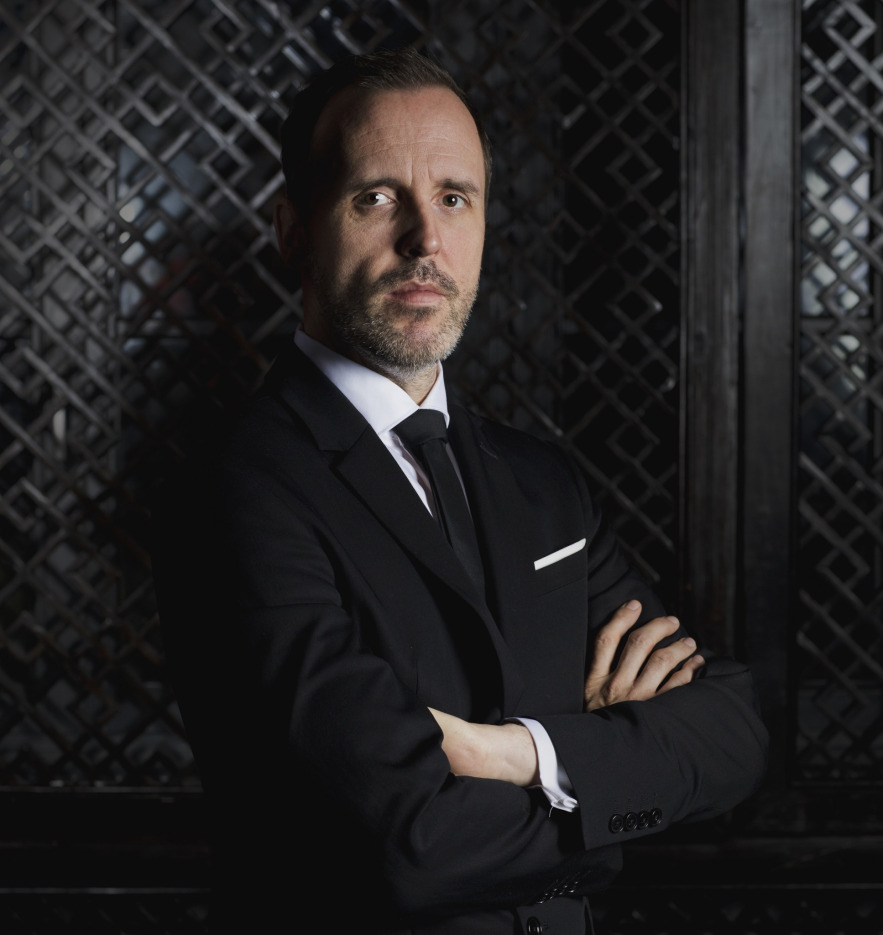 Getting To Know.. Mannix

Mannix has been one of Vienna’s most prominent house music pioneers since he first started DJing back in the early 90’s. His notable releases include remixes for Mousse T.’s ‘Maybe In May’ (Peppermint Jam) and Arnold Jarvis’ ‘Rising Into Joy’ (Black Vinyl). 2021 saw the launch of Mannix‘s own new label DAFIA Records, an outlet for his own productions featuring collaborations with Lee Wilson, Dina Vass, Morris Revy, Roldy Cezaire, Fiona Barbier, Andre Espeut and Jaidene Veda, among others, along with his acclaimed debut album release ‘Standing Right Here’. As he unleashes his latest Dafia release, we find out a bit more about the Disco House Maestro, Mannix..

School trips to the UK  had a major impact of me getting in touch with Dance Music. Beside that MTV had programs like Partyzone or Yo! MTV Raps at that time which I loved watching too.

What was the first dance record you bought?

I think that must have been Bomb The Bass-Beat Dis

Growing up in Vienna, was there much soulful music around? Who were your musical influences and did they have an impact on your sound today?

Vienna has a rich history in music and has always been an important place for it. My mentor was Alfi Budin, a Viennese legend who had one of the biggest record collections I’ve ever seen.

He brought me to work at Virgin Megastore Vienna and we also did my very first track together. Beside that people like Urbs, Demon Flowers, Rodney Hunter or Jürgen Drimal have influenced me in what I’m doing today.

What was your first release?

Mannix feat. Dina Vass-Standing Right Here as it was a hell lotta work do record this with an orchestra, but seeing how big it went and especially that Melba Moore, who did the track originally, loves it, makes me feel happy and satisfied.

Your new remix of Black Sauce’s ‘Abigail’ is dropping on your own label, Dafia, what can we expect to hear?

Expect a standout soulful record with a very special vocal that gets remixed by Ashley Beedle and his bunch (North Street West) and myself. It’s a very special release for the still young label.

The track was originally released many years ago on a small label and when I got it back then I always thought that it’s a very special record and that it would have deserved that more people know of it. I have been playing the Original since then and till today gives me goosebumps whenever I hear it. After founding my label DAFIA last year I contacted the original producers and made it my first signing outside my own catalogue. When Ashley Beedle agreed on the remix I was very happy-the result is as big as you would expect it to be!

And having fairly recently launched your own label in 2021, ‘Dafia Records’, how’s that all going and who can we expect to find on there?

I have been thinking about founding a label for at least 20 years. As the industry has changed a lot in the last ten years I decided, that now is the right time to do it mainly being a platform for my own productions. A&R work however has been a very interesting part of my music career and that’s why I love signing records as well. The next few months will see me releasing a mixture of original Mannix material as well as signings from other artists like Walter G, Brothers In Arts or Hennings Project. The most important thing is, that I feel the record with the very first listen. If that’s the case, there’s a good chance it is something for a possible release on Dafia.

You also released your debut album ‘Standing Right Here’ last year, how did that go for you? And having been working so long in the music industry, why did you wait ‘til only now to make an album?

It’s quite simple. Music is not my main job, so I didn’t have enough time to do it faster. The album took us 7 years to finish, because we took our time producing it without rush. I think that’s what you can hear with the final result.

You also released tracks on a lot of other labels, including Midnight Riot, Tropical Disco, Re-Loved, See-Saw, Slightly Transformed and Love Harder. Have you got a particular favourite?

To be honest I turn down a lot of offers from other labels, same goes with remixes. My approach regarding producing and releasing music is, that a label has to stand behind the release 100%. If that’s not the case I will not release on that label, regardless how big it is. It for instance doesn’t make any sense releasing 3 records every week as a label. There’s no focus on the track or the artists. This is not my way at all and for Dafia as well. Those mentioned labels are all run by experts in the scene who believe in their releases. That’s why my music is on there.

You have remixed tracks for the likes of Mousse T, Arnold Jarvis and many more. What’s the secret to making a good remix?

A good remix has to take you on a journey and in my opinion it has to have a different direction than the Original. If you listen to classic big remixes in House history, you’ll see that these versions often have been productions you could have cut two or three individual tracks out of. Breaks, tempo or mood changes have been elements that were used back then.

But of course, you have to point out, that these remixes have been paid for way better than they are now and that’s what you heard at the end of the day. Therefore Dafia always pays for remixes, there is no free stuff on my label. Free music kills the scene in my opinion.

Who else would you love to remix or collaborate with?

To be honest I have cut down remixing to a certain point to clearly concentrate my enthusiasm on Dafia. There will be some remixes coming on labels like Ibadan or Midnight Riot, but the focus is now completely orientated towards my label.  I hope that I can collaborate with Rodney Hunter finally though, as he lives in Vienna too and is delivering superb music for a very long time. He has my respect for sure.

You have been a DJ since the 90’s, what’s has been your most memorable gig so far?

Oh, there have been many, I used to tour a lot a few years ago. Two gigs come to my mind though, which stand out: Playing on the beach in Montevideo/Uruguay was very special and I played four hours longer than planned. Then one gig with Mousse T. in a closed employment office was memorable as well. Miami gigs during WMC also were always nice because you had all the industry heads around and got superb feedback as a young DJ.

Where would you most love to play in the future?

I see myself a bit like a teacher bringing funky music to my home place with my radio show and gigs. We actually don’t have a lot of media in my genre(s) here in Vienna, so it’s battle groundwork but it slowly gets more and more and new peeps and artists emerge from the underground as well, which is a good thing. For my gigs abroad I don’t care where they are, as long as there’s passion behind the project. I would like to do a South/Middle America tour though at some point, always loved the people there.

Any tips or advice for aspiring DJ’s and producers looking to break through on the scene?

The most important advice is to be yourself and believe in your skills. Don’t try to be someone else, stand for the things you do, and do your work with fun and passion. Sooner or later you will be successful.

I have a release schedule for Dafia that goes well into late fall of this year with some exciting signings and cool new Mannix tracks as well. For December I plan to release an all-new remix album of my long-player. In short terms ‘Abigail’ has all my attention as a key release of the label and a Mannix track with the great Pete Simpson on vocals will be released on a very well-known label as well. Beside that you can expect new music from me on labels like Tropical Disco, Discoweey or Super Spicy to name but a few. Exciting times ahead!

1 thought on “Getting To Know… Mannix”