A chat with Antarctic Wastelands about his latest album “Mysteries” 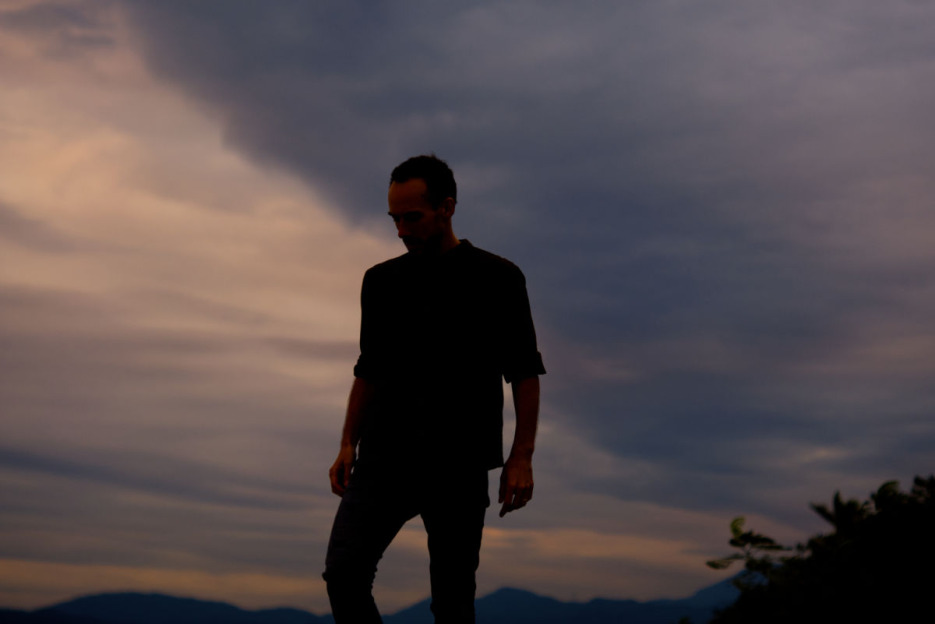 Ben Tatlow is a man of many talents, he is the mind behind well-known projects such as Antarctic Wastelands, Salt of the Sound and Narrow Skies, all of them have secured him a valuable space in the heart of deep music lovers. Ben’s new album titled “Mysteries” has been released under his ambient music moniker Antarctic Wastelands. Inspired by the darker sides of nature; this exquisite album ventures into the mysterious, atmospheric, yet hopeful sonic territory. Featuring his trademark washed-out organic synths and deeply textured soundscapes, Mysteries is a seven-tracker album full of wonder, nostalgia and emotion; It’s without any doubt one of those few special records which truly evoke meaningful feelings from the soul. We had a chat with Ben regarding Mysteries, his early influences as well as other production challenges and thoughts…

“Location is really important to me, and as such grounding the musical inspiration in the context of my physical environment has always come quite naturally. Each album I’ve written is almost a homage to the place where I am living, or a specific location that I have visited”

Your new album Mysteries is coming. What can you tell us about the concept behind it? What does it mean to you?

The concept of Mysteries surrounds the ‘darker’ sides of nature. I was particularly inspired by the natural environments here in Hong Kong – eerie forests, dark mountain trails, mist-covered mountains – and wanted to convey some of these atmospheres and feelings through the music. Location is really important to me, and as such grounding, the musical inspiration in the context of my physical environment has always come quite naturally. Each album I’ve written is almost a homage to the place where I am living or a specific location that I have visited

How is your production process and how long did it take to write the whole album? What are currently your main compositional- and production challenges?

Mysteries came together quite organically over the course of around six months. The first track I wrote was ‘The Mists of Time’ and subsequent pieces grew out of this in quite a natural way. While I wanted to hark back a little to the musical styles I explored in my self-titled debut album, with Mysteries I had a more consistent approach and a clearer idea of what I wanted to create from the offset.

Compositionally, once I have a theme in mind, I typically start with a ‘main’ sound – such as a synth patch, a specific guitar effects chain, or a sampled instrument preset I’ve created – that I use to develop an initial improvisation with. This sets the tonal base for the piece and establishes whether the music will have significant harmonic movement and chordal development, or be drone-focused and more static. I try not to plan this too intensively, rather choosing to allow the music to evolve naturally, and to be led by the sonic characteristics of the sound I’m working with. Sometimes this initial exploration ends up being featured very prominently in the final track, other times it is completely removed over the course of the production process. I then add multiple similarly semi-improvised elements, all the while adjusting the layers slightly to carve out a structure of sorts to the track. The aim is never to create something perfect, but instead to keep developing and sculpting the music until it makes ‘sense’ – at least to my ears!

One of the main challenges I face is the amount of noise that is present in a busy city like Hong Kong – both production-wise but particularly from a recording perspective. I like to incorporate field recordings into a lot of my music, yet obtaining takes that are free of distant traffic noise, aeroplanes, or even other people talking is not always straightforward! That said, this is also one of the fun challenges of living here and often forces me into creative solutions that I wouldn’t otherwise have explored, be it radical EQ moves, unconventional recording techniques, or reusing the same ‘successful’ samples in new ways!

When did you start writing music and what or who were your early passions and influences?

I started producing music over 20 years ago, using a very limited early version of Cubase. I was (and still am) really into the music of labels like Warp and Ninja Tune in the early 2000s and these were my early inspirations for sure. Artists such as Bonobo and Emancipator were also very influential on my early music, which definitely had a more of a loop-based, downtempo feel, but over time I ventured more into the ambient world where I felt I could most authentically express the emotions and stories I wished to convey.

“Overall, my intention was to create an album that explored darker, more mysterious atmospheres, while simultaneously containing a sense of wonder and ultimately landing on a slightly hopeful note”

Does your music specifically focus on a theme? Is there any particular feeling that you would like to evoke in a Mysteries listener? Or do you prefer the music to have a neutral stance, to leave it open for interpretation?

I personally love that instrumental music is almost always open to interpretation, and I definitely want that to be the case for Mysteries. Alongside this, though, there are also specific feelings and emotions that I have woven into the music, and into the album arc as a whole, which are hinted at in the track titles. Overall, my intention was to create an album that explored darker, more mysterious atmospheres, while simultaneously containing a sense of wonder and ultimately landing on a slightly hopeful note.

Do messages and themes come out of the music naturally and spontaneously, even if it was unintended?

This often happens for me in the early compositional process – I might have a theme or feeling in mind, but end up composing a very different-sounding piano motif, or crafting a synth sound that evokes a completely different mood. When this occurs, I like to explore where these new ideas may lead as this tends to create the most interesting and unexpected tracks.

What does this type of music mean to you?

As a listener, my favourite ambient music connects with me on a deeply emotional level and often takes me on a journey from one feeling or ‘space’ to another. So I try to do this through my own compositions, and while some specific elements – especially field recordings – might also conjure up specific imagery or physical settings, in my mind that is secondary to the emotional depth of the piece.

Do you have a specific routine or ritual for music writing/making or does it vary?

I try to write music most days, even just creating a couple of starting points for half an hour. Most of these never see the light of day, but that consistency seems to allow for the good ideas to filter to the surface. Then, when it comes to writing a specific album or working on a particular project, I set aside larger chunks of time to develop and explore these ideas in a more intentional way.

You have participated in music activism collaborating with various projects regarding sustainability and environmental protection. Could ambient music be used to make grand political statements? How important do you think is maintaining in art, a highly politicized message?

While I certainly think that any style of music can be – and has been – used in political contexts, for me personally I try to steer clear of such associations or messages, instead largely focusing on existential themes such as our environment and the climate emergency. These are themes that will be, and in many cases already are, affecting everyone on our planet. As such, my hope is that Antarctic Wastelands can, in some small way, be a reflection on where we are as humanity, and perhaps even encourage people to explore and engage with the challenges and opportunities that exist in front of us.