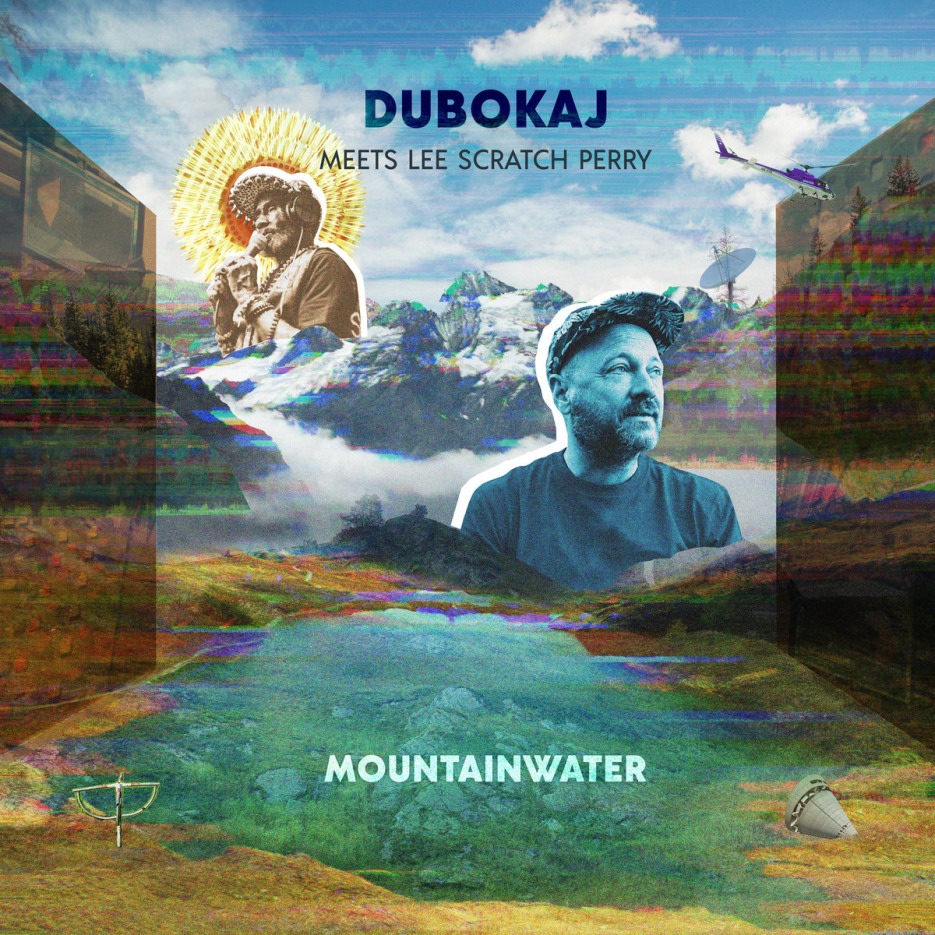 I would like to preface this announcement by saying that I am gutted by the loss of a very special human being! If anything, Lee Scratch Perry made this world more colorful and benign. Surreal and magical! Having had the chance to spend some time with him—making music at that—was one of the most joyous things to have happened to me in my life!

As fate would have it, the mastering session for this LP was scheduled for Monday, 30th of August! The week before, I was talking to his wife about the possibility of us getting together with Lee so that I could play him the final version of the record. Hearing about his passing was a terrible blow.

I will keep the memories of this session present in my heart and my mind. Lee Scratch Perry, this record would not be possible without your kindness and grace. My music would not be what is without you. Rest in Dub, dear Upsetter! Dubokaj

The echoes of the Swiss mountains are translated by electronic surgeon Dubokaj in a soundclash session with the late Jamaican legend the Mighty Upsetter. Daniel Jakob aka Dubokaj and Dejot, half of Filewile is an artist and producer collaborating with dub and hip-hop artists from all over the world: Fortune Shumba, Mike Ladd, Pressure Drop, and Dawn Penn. Over the years, he has been steadily putting out extremely personal sounds, remixes, and visions on his own Mouthwatering Records. He also scored films such as Das Fräulein, Slumming, On The Line, Der Kameramörder.

Dubokaj has a background of some very healthy musical inspirations, both classic, like Lee Scratch Perry’s Revolution Dub and Return Of The Super Ape, King Tubby Meets The Upsetter At The Grassroots of Dub, Augustus Pablo, and Scientist Meets The Space Invaders to modern mutations of dub such as Rhythm & Sound, Burial, The Bug, Deadbeat, Disrupt and the more abstract contemporary artists and labels like Seekersinternational, Equiknoxx, and Bokeh Versions. After devouring a healthy dose of field recording albums like Félix Blume’s Fog Horns and conceptual books like Unsound: Undead and Michael E. Veal’s Dub: Soundscapes and Shattered Songs in Jamaican Reggae, in 2016, he started experimenting with his own environmental sound that he called Alpine Dub. It’s a mix of synthesizer music, outdoor recordings, and natural sounds translated into electronic dub.

The Daydreamflix project is pure technological sound magic captured in the Swiss mountains, a session recorded a couple of years back at Lee Scratch Perry and Mireille Perry’s house where Pipecock Jacksons Secret Laboratory was. What could have been a musical dialogue between generations of dub producers turned into a 3D Paradise Portal between Switzerland and Jamaica.

Mountainwater, the debut single, begins with an L$P shoutout to the record label Dubokaj co-founded and where he released his previous albums, Mouthwatering Records misspelling it Mountainwater Records, which is great poetry, to begin with! The field recordings capture the sound of the secret Swiss Mountains Laboratory door slamming. The concept of the album is one of the disruptive attention span of the journey from the virtual realm into reality and then back again.

The synth riffs on the Mountainwater single almost act like doorways: they soundtrack the way we turn our computers and laptops on and off, but the main feeling is that we are actually commuting between nature, the Swiss mountains, and indoor space. Maybe we are in front of a screen watching something on Daydreamflix, your favorite Dubokaj & Lee $cratch Perry surrealist broadcasting channel. This could be the last episode of Black Mirror.

The session with Lee was this intense, fiery, and surreal experience. The field recordings, on the other hand, are very meditative and personal. When I record them, I always travel alone.  As a result, they’re infused with my memories and what I felt at the time.

Jamming with Lee Scratch Perry stayed with me for a very long time! I was so deeply affected by it that I started to hear and see the world differently. Mago, my bass player, who helped record the session, called me the day after and told me that spending time with Lee Scratch Perry felt like you had an extension added to your synapses; and that this extension added something beautiful and precious to your experience of life. It’s as if just by being around the man an update was installed, like a plugin that makes you feel more positive about everything. Dubokaj

All the collages illustrating the Daydreamflix LP are done by Cristiana Bucureci, who is a Romanian-based collage artist. Cristiana has debuted with her collage art in 2012, with the Loud Blood Youth series, in collaboration with a local electro-fusion band. For the project, she has illustrated 13 songs from the band’s mixtape. Her collages are the passport to a futuristic-decorative dimension, being made in mixed techniques, both digital and cut & paste. The artist has exhibited in Tel Aviv, at Romanian Design Week, in Bucharest, in Timi­șoara, Cluj, and Iaș­i. Some of her work can be viewed on instagram.com/cristiana_bucureci/.