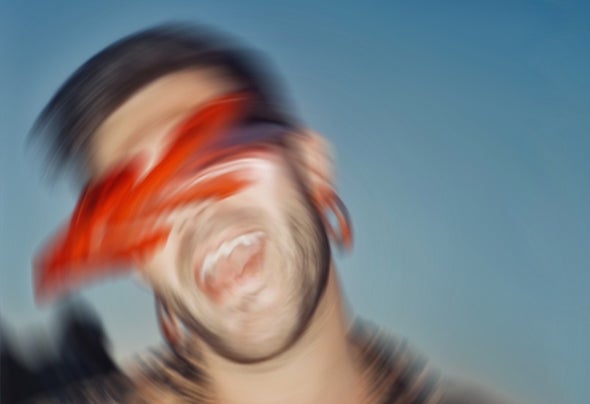 zAr zAr‘s Lost In Control EP is next up on Brazilian label Namata Records and it offers two tracks of deep and dynamic house music. This artist is on the rise with recent gigs at Egg London and releases on label Quite Nice Actually.

We talked to him so that you have the opportunity to meet this talent ready to explode!

f: Hello zAr zAr, how are you? Thank you for giving us this interview. Let’s go from the beginning. You are from London, an inexhaustible source for art. Tell us about your history with music, when did this interest start?

zAr zAr: Hey guys, I am very well thank you! I hope you are too and thank you for having me! Currently writing this from a pretty cold flat in London (my boilers broken👎🏼). In terms of my musical upbringing perhaps embarrassingly the first album I ever bought was a Shaggy album at age 12 but growing up I had a really diverse taste spanning from reggae, ska & punk to metal and hip hop.

I discovered electronic music when I was 15, embarrassingly again my first foray into dance was through Happy Hardcore which then quickly moved to Drum and Bass/Jungle, Breaks and Electro and then finally House as I approached my 20’s. My father is a musician/composer so I was around music from a fairly young age, funnily though I used to think he was a bit weird for doing music when I was a kid, I was more interested in Batman and Power Rangers but 20 years on now he’s actually sending me some of his work to use in my tracks which is pretty cool!

f: What about electronic music? What was the key turning point for turning this into a profession? By the way, do you have another profession besides DJ/producer?

zAr zAr: I’ve been Djing for nearly a decade but I started to take things more seriously when I first started producing records 2 or 3 years ago. I think one of the key turning points for me was when I started playing out some of my own records. The feeling was f*cking great and made me realise I wanted to pursue things properly! I do work a few other jobs alongside producing & Djing. I also work in brand partnerships for festivals and events and I also help market sustainable and eco brands and businesses. I don’t see music as a job though as I love it, sometimes juggling everything is hard but I wouldn’t have it any other way!

f: Who are your sources of inspiration on this journey? And what do you listen to music when you’re not involved in the dancing beats?

zAr zAr: My sources for inspiration are pretty far and wide….but I really love the early era of House in the early 90’s when people were kinda scrabbling together whatever hardware they could find and experimenting and you could feel & hear the rawness of the sound. Acid House in the UK and House in Detroit especially. I try to not over polish my records as I like to capture that flawed human element. I also love a lot of the Breaks that was being made in the late 90’s early 00’s here in the UK.

When I’m not listening to dance floor orientated music I actually listen to a lot of Jazz and Bossa Nova funnily enough. I also constantly rinse Jimoroaqui, Daft Punk, The Doors & Aphex Twin.

f: You run your own record label, Quite Nice Actually. Tell us why you wanted to have your own label? Was it to release more freely?

zAr zAr: I guess I wanted the freedom to fully express the sounds I love and also build a community and party brand alongside the label, a bit of a family I guess. I also really wanted a platform to allow me to release my mates’ music.

f: You are going to release on the Brazilian Namata Records, how did this connection happen?

zAr zAr: Gabriel and I had been talking for a while on instagram of all places. If I remember correctly, I hit him up a few years ago fangirling over one of his tracks and then I think he hit me up at the beginning of the year asking me to send some tracks over.

f: From what we heard, its sonic identity has a lot of Acid presence and fragmented beats. What can we expect about Lost In Control? What is the story behind each of the tracks?

zAr zAr: As I said, I’m a huge Acid House and Breaks fan. I think largely this has to do with my musical upbringing but also the energy and history behind the sound really connect with me. I love the slapping snares and party vibe that the sound brings to a dance floor so I tried to infuse those in these tracks. I’m a big fan of the Bass Bumpers from the 90’s and “It’s Time” is a slight homage to those guys, grooving basslines, slappy snares and a sassy female vocal. “Lost in Control” I had less of an agenda and was just playing around with the M1 organ and other synths over some less formulaic broken beat style drums.

f: How is your DJ career at the moment? Have you returned to DJing?

zAr zAr:  In terms of gigging things are coming along nicely. I have to say It was f*cking great to get behind the decks again after nearly a year of not being able to!

I had a really great summer of gigs playing at various festivals around the UK and clubs in London. Things are quietening down at the minute which is allowing me to get back in the studio which my liver and I are thankful for!

f: We see Europe booming from here, but Brazil are still in another moment. Any chance to come to Brazil or South America?

zAr zAr: I was really happy to hear things are slowly starting to kick off again with events and festivals around the world and in Brazil especially! I am actually looking to go to Brazil in February if all goes to plan and hopefully to Costa Rica in January for Ocasa Festival. I haven’t visited Brazil since I was 19 so I am really really excited to return!! Brazil has some of the most vibrant and musically in-tune crowds in the world and I can’t wait to play there!!