Getting To Know… That Kid Chris 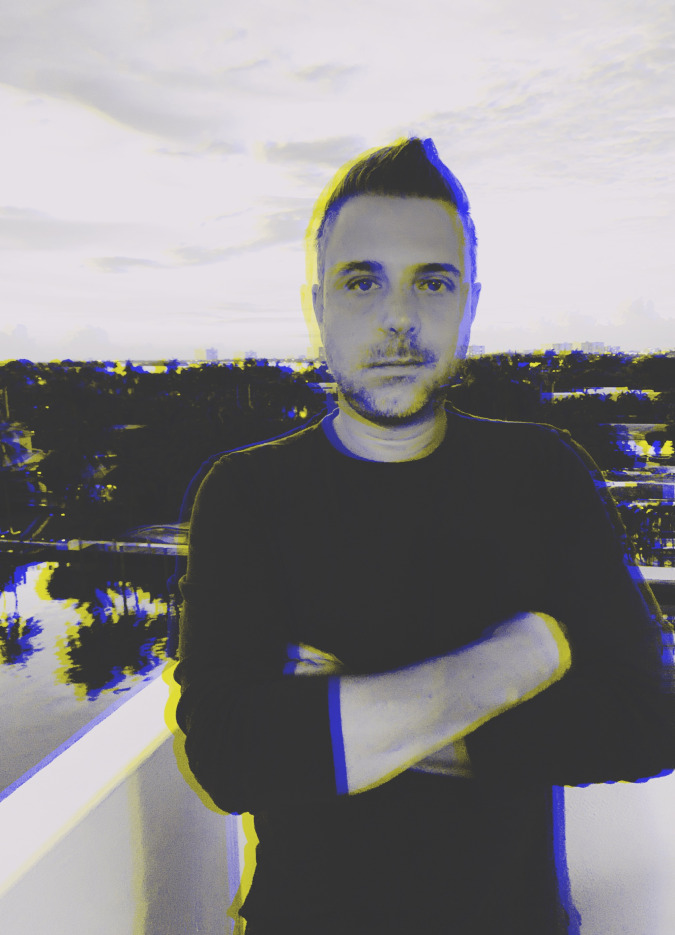 Getting To Know… That Kid Chris

Chris Staropoli has produced music under aliases including Hyperdrive, TKC, Be Fly, Electric Mood and Americano X-Press, but arguably he is best known for his earliest moniker, That Kid Chris. Some of his notable singles include ‘Feel Tha Vibe’ (Manifesto Records), ‘Tonight’ (G2) ‘Come Together’ (Junior Boys Own) alongside a massive portfolio of releases on labels including Strictly Rhythm, Henry Street, Yoshitoshi, Nervous, and majors including Arista, Atlantic, Columbia and Jive. Chris has remixed big stars such as Santana, Missy Elliott, Brandy, Chris Brown and Madonna and also the now-classic dance hits such as Danny Tenaglia’s ‘The Space Dance’, De’lacy’s ‘Hideaway’, Alcatraz’ ‘Give Me Luv’ and Bob Sinclair’s ‘Kiss My Eyes’. Chris launched his ‘TKC Music’ label in 2007, joining the dots between tribal, techno and house. As he releases his new single ‘Endless Skies’ on Big Speaker Music, feeder.ro checks in…

That Kid Chris: I can remember being in 5th or 6th Grade, and every day coming home from school and listening to Paco’s Supermix on 92 Ktu in New York.

I was captivated by the editing of the music, which inspired me to try editing my own mixed tapes, using the pause button on my tape deck and music I recorded from the radio. This is where my journey began.

That Kid Chris: As a very young boy I started off purchasing Rock Albums. The Beatles were the first group I really got into and collected. Rolling Stones and Led Zeppelin followed. Hard to remember, however, I’m guessing ‘Planet Rock’ by Soul Sonic Force was one of the first Dance records I bought.

f: Growing up in New York City, who were your musical influences and did they have an impact on your sound today?

That Kid Chris: That Kid Chris – Keep On (Pressin’on) [Digital Dungeon Records US) was my first release as ‘That Kid Chris’. However, I did my very first release under the moniker ‘Earth Science’ on a small label called Siege Records out of Brooklyn. It consisted of Techno on Side A and Deep House on Side B. That’s a very rare record to find these days. (I do still have a couple of them left in my collection)

That Kid Chris: Tuff one, as many of my early projects were exactly that. At the time, I was pretty much ‘figuring it all out’ as I went. ‘Find Yourself’ [King Street Records] featuring Melanie S. on vocals comes to mind as a project that I did many versions of, and spent months working on.

f: Your new single ‘Endless Skies’ is dropping on BIG Speaker Music, what can we expect?

That Kid Chris: A familiar voice, a rhythmic journey… goosebumps.

f: You also produce under the name Staropoli, how do your productions differ from your That Kid Chris material?

That Kid Chris: I’ve rededicated myself to music recently, and my output has been going strong since. So much so that I decided to create another alias to showcase some other styles that I love. I use ‘Staropoli’ for that Raw Techno with soul sound. The first two Staropoli releases: ‘Early In The Morning‘ and ‘Tell Me Why‘ [BIG Speaker Black Label] are available now on all streaming and download sites.

f: You’ve remixed dance hits such as Danny Tenaglia’s ‘The Space Dance’, De’lacy’s ‘Hideaway’, Alcatraz’ ‘Give Me Luv’ and Bob Sinclair’s ‘Kiss My Eyes’, among many more, have you got a personal favourite remix?

That Kid Chris: It’s hard to choose favourites, it’s like choosing a favourite child. You just Love them all equally. Thinking back now, The Alcatraz Project was a lot of fun, I absolutely loved the Original Version, so when Sharam offered the remix project to me, I was over the moon with excitement. It would be Yoshitoshi’s 100th release (No Pressure). The best part of it was I was able to acquire the original vocal session tape, and include some great vocal snippets that weren’t included on the original recording.

f: Who else would you love to remix or collaborate with?

That Kid Chris: I love to Remix, always have. I’d love to get an opportunity to do some Classic Rock remixes. And in general, I’m always looking for a great vocal to work on.

That Kid Chris: Typically I’d start with the drums and rhythm. However, I do like to switch things up. Sometimes I’ll start by laying out some chords or a baseline. When you change the approach… you change the outcome.

f: You’re involved in the BIG Speak Music label project with Joe Ventura, how did that all come about and what’s coming up that you can tell us about?

That Kid Chris: I met Joe many years ago, he was part of a team that were producing big Raves in Connecticut. I used to play at these Events. We reconnected about 2 years ago. His passion for House Music was reenergized and contagious. Shortly after that, we decided to join forces with his BIG Speaker Music imprint and see how far we can take it. Joe is a ‘go big or go home’ kind of guy, and I like that. We have many projects set for release now. With upcoming projects by Victor Simonelli, Robert Owens, Sulene Fleming, Doug Gomez, Osheen, That Kid Chris, Joe Ventura, Willie Rosado and Michael Vinciguera.

f: You have been a DJ since the 90’s years and have played legendary clubs including Twilo, Sound Factory, Crobar, Pacha. What has been your most memorable gig so far?

That Kid Chris: So many memorable experiences it’s hard to commit to just one. The sound system at Twilo was just in a class by itself. Epic and untouchable. Stereo in Montreal was amazing and is still going strong, definitely a favorite. Crobar in NYC has to be mentioned, I loved that room, so special. When Crobar closed it was the end of an era in New York that will most likely never be recaptured.

f: Where would you most love to play in the future?

That Kid Chris: Printworks in London.

f: Any tips or advice for aspiring djs and producers looking to break through on the scene?

That Kid Chris: Be in it for the right reasons only. Learn the craft from top to bottom. Start mixing with Vinyl first before the other mediums.

2 thoughts on “Getting To Know… That Kid Chris”