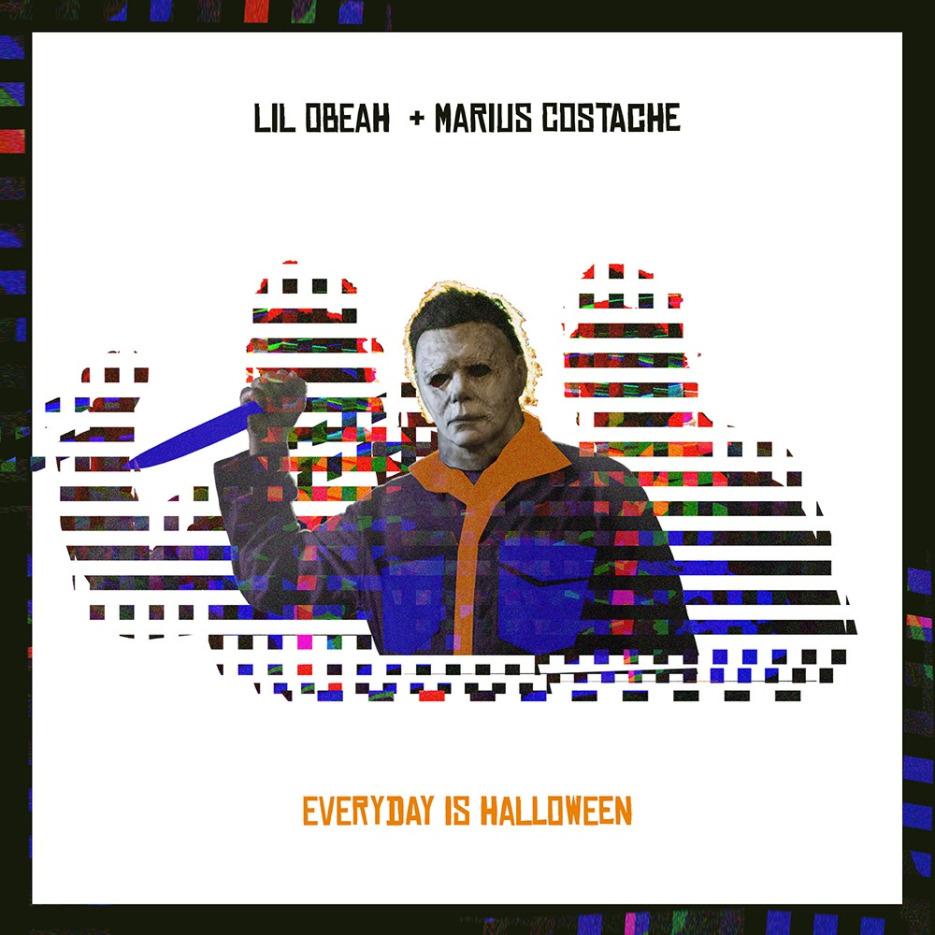 “Bucureci Andrei of Black Rhino Radio has commissioned me and Marius Costache to write and produce a theme song for his Everyday Is Halloween bi-monthly radio show. We took the challenge without a brief based solely on our experience and love for industrial dub.

Dub music and Obeah art has constantly clashed with industrial rock and metal. The sounds of Killing Joke, Mark Stewart & The Maffia, Tackhead, Ministry, Skinny Puppy, Alien Sex Fiend, Meat Beat Manifesto, Pop Will Eat Itself and their albums, singles and videos have been a constant inspiration to us Transylvanians. Nothing is more transgressive than life in the post-industrial, post-communist Carpathian mountains. In ancient times we had a lot of bloodshed, in the Dark Ages followed carnage and mutilations from the ruling empire and the communist regime brought censorship, mind control and famine.

Some things changed, most haven’t: only recently, Roșia Montana, an ancient gold mining town has entered the UNESCO heritage program that allows it to be protected from greedy politicians and schizoid capitalists. Everyday Is Halloween here in Transylvania, with or without COVID or Mike Myers.”

After ten years of making eclectic music, the dub ghost musician from Romania has tuned in to another frequency creating Lil Obeah from Transylvania. When it comes to his sound, he defines it as duppy dub from a parallel universe – The Shape of Dub to Come dimension.

All Lil Obeah vocals recorded by Marius Costache at Studio148

Special thanks to Rodion Ladislau Roșca aka Rodion G.A.